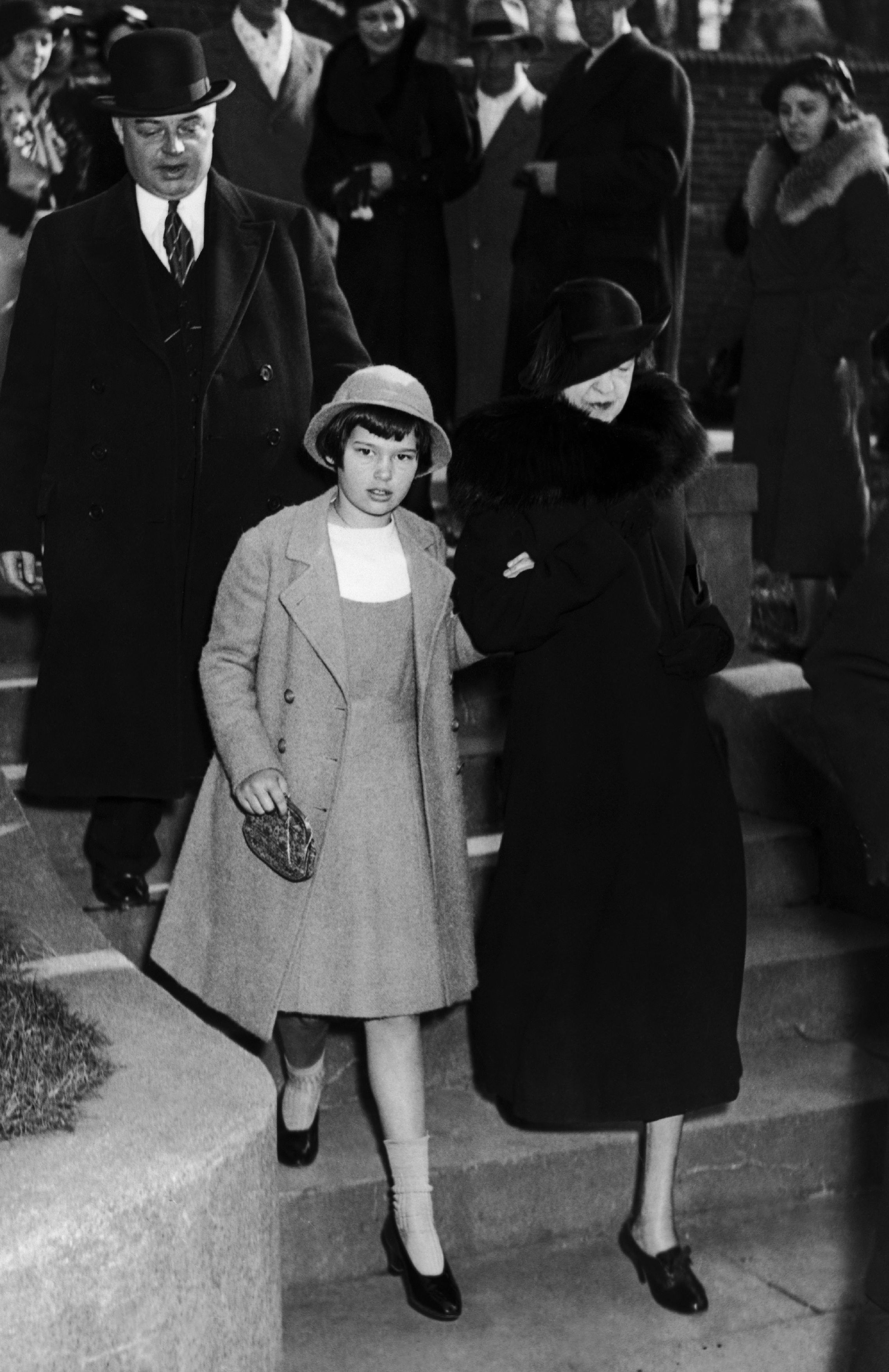 A young Gloria Vanderbilt appears in Long Island, N.Y., with her aunt, Gertrude Vanderbilt Whitney, in 1934, the same year Whitney fought for custody of the heiress. Photo by Keystone-France - Gamma-Keystone via Getty Images

This story ran on Morning Edition and All Things Considered.

Gloria Vanderbilt was an artist, heiress, designer and philanthropist who, for many Americans, may be best remembered for her blue jeans. She died at the age of 95.

Vanderbilt's son, Anderson Cooper, announced her death Monday, airing an obituary for her on CNN. Vanderbilt had cancer, he said.

"Earlier this month, we had to take her to the hospital. That's where she learned she had very advanced cancer in her stomach, and that it had spread," Cooper said.

Vanderbilt had full lips, eyes that turned up at the corners and a patrician bearing. She was, in fact, descended from shipping and railroad tycoon Cornelius Vanderbilt, one of the richest men in American history. She was born in 1924, and her father died shortly thereafter. Vanderbilt was raised by a beloved nurse because her mother was away in Europe living a high society life, and by 1934, the tabloids were calling her "poor little rich girl" because of a sensational custody battle instigated by her grandmother and aunt.

Eventually, Vanderbilt developed her own creative drive and earned her own income. As she told Moss, "If you have to really work for it, when you do achieve it, even though it really takes longer, it means more."

She did make it, and having a famous name helped. Vanderbilt was known for vivid paintings and collages, and she was asked to design everything from china to linen. By the 1970s, she was designing glamorous skinny jeans. Her signature was embroidered on the back right pocket of every pair, and a tiny gold swan was embroidered on the front. She even modeled the jeans herself in TV ads.

Vanderbilt also attracted talented, interesting men throughout her life. She was married four times, and her husbands included the conductor Leopold Stokowski, with whom she had two sons, and director Sidney Lumet. Later in life, her companion was the trailblazing photographer and musician Gordon Parks.

Vanderbilt's fourth marriage to writer Wyatt Cooper, with whom she had two more sons, was marked by tragedy. Cooper died in his 50s, and in 1988 their older son, Carter Cooper, killed himself by jumping from an apartment balcony as he was talking to his mother.

Vanderbilt recalled that day to her younger son, CNN journalist Anderson Cooper, in a 2011 interview: "I said, 'Carter, come back,' and for a minute I thought he was going to come back, but he didn't. He let go. And there was a moment when I thought I was going to jump over after him." But then she thought of Anderson.

Vanderbilt opened up about her life in memoirs, and she also wrote art books and novels. But she said that her children were her greatest achievement. She was a woman who seemed eager to share her life lessons.

"I believe that we have to cherish the pain we experience, as we cherish the joy," she told Lifetime. "Because without one there wouldn't be the other, and it's what makes us alive. And I think that's very, very important."

Vanderbilt told friends and interviewers that she believed in being positive. Over her fireplace, she had painted the message: "Be kind to everyone you meet, for everyone is fighting a great battle."

A previous audio version of this story that was broadcast on Morning Edition incorrectly stated that Gloria Vanderbilt was born in 1921. She was born in 1924.