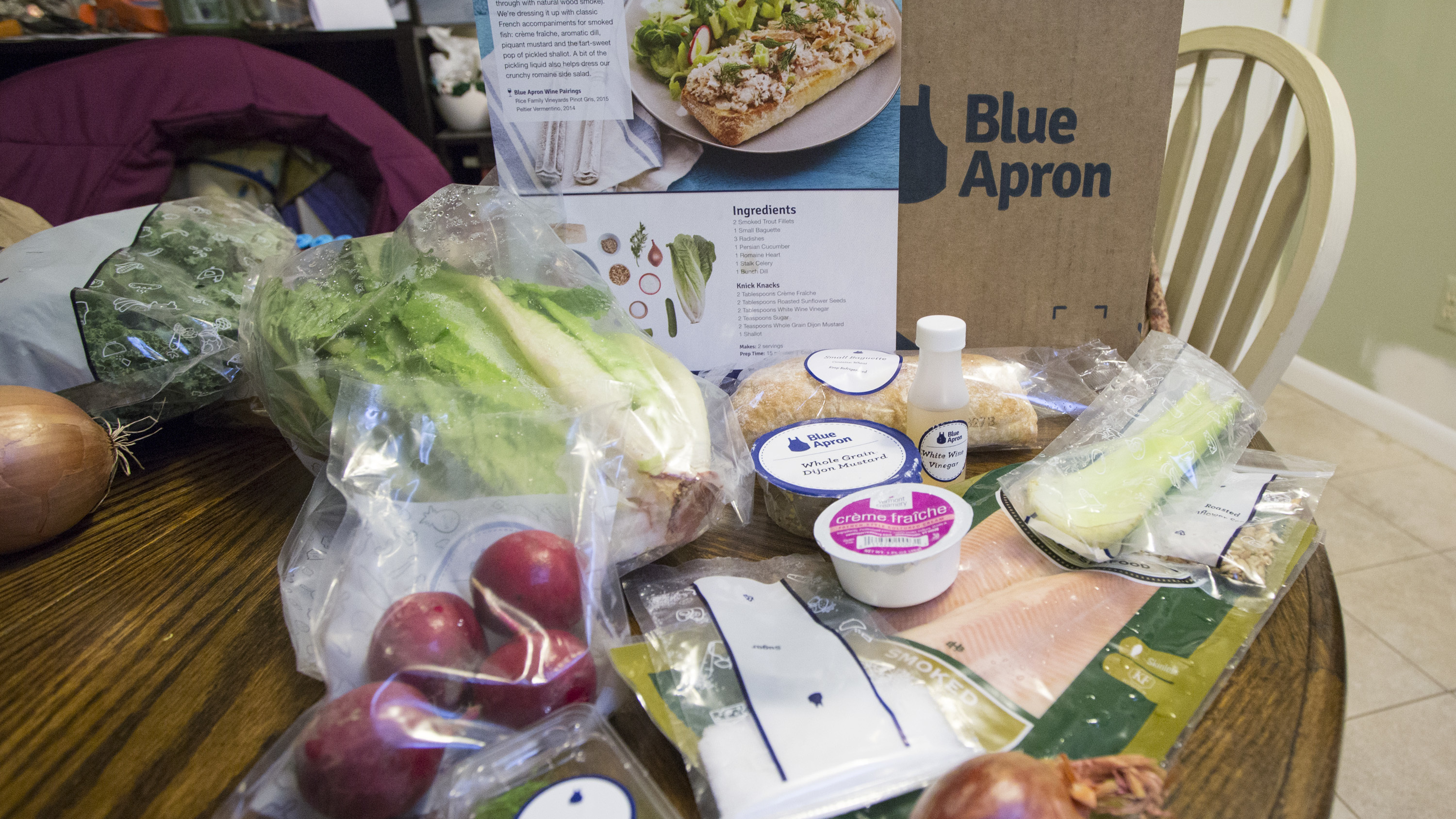 Meal kit delivery services like Blue Apron or HelloFresh promise gourmet meals without the hassle of shopping for ingredients. But the environmentally conscious consumer may feel guilty about seeing all the plastic and cardboard it takes to bring that Pork and Veggie Bibimbap to their doorstep.

That guilt may be misplaced, according to a new study. The researchers argue that, pound for pound, meal kit delivery services have a smaller carbon footprint than equivalent meals bought from a grocery store and prepared at home.

The study, published Monday in the scientific journal Resources, Conservation and Recycling, examines the whole life cycle — from farm to garbage can — of meal kits and their grocery store equivalents, and finds that, on average, store meals produce 33% more greenhouse gas emissions than their equivalents from Blue Apron. Much of the reduced emissions stems from less food waste and a more streamlined supply chain, according to the study.

(Note: Blue Apron has been a sponsor of NPR programming.)

"Folks are really focused on the plastics and packaging in meal kits," says Shelie Miller, an environmental scientist at the University of Michigan who led the study. "That's important, but it's not the full story."

Brent Heard, a Ph.D. candidate at the University of Michigan and first author of the study, says, "When you zoom out and look at the whole life cycle, packaging is a relatively small contributor to the overall environmental impacts of a meal. What really ends up mattering is the quantity of food wasted throughout the supply chain."

Food production has a huge carbon footprint. One study estimates it is responsible for 19% to 29% of annual greenhouse gas emissions. The plastic that keeps food fresh certainly contributes to food's carbon footprint. A small part of this is producing the plastic that keeps food fresh. But to get the whole picture, Heard says you need to consider emissions from fertilizer production, farm equipment and processing operations and how that food gets distributed.

A substantial chunk of food's carbon footprint is waste, much of which happens during distribution and consumption. According to a U.N. report, if food waste were a country, its production, processing and distribution would be the third-largest emitter of greenhouse gases, just behind the U.S. and China. In a study from 2010, the USDA estimated that about 31% of the food produced in the U.S. is wasted, with 10% occurring at the retail level and 21% at the consumer level. (Losses on the farm and between the farm and retailer were not estimated because of data limitations for some of the food groups.)

The researchers thought that perhaps because meal kits generally deliver only the food you need for a meal, their larger plastic footprint could be offset by savings from reduced waste.

To find out, the study's authors ordered five meals from Blue Apron and enlisted undergraduate researchers to purchase the necessary ingredients from grocery stores for the same recipes. Then they cooked both in parallel and "measured every bit of food, plastic, bits of cardboard, everything for each type of meal," says Miller. "I think they had a lot of fun."

For the Blue Apron meals, all food provided was used. But store meals required purchasing food in larger quantities than necessary (think a 12-pack of hamburger buns for a two-person meal). The researchers took these leftovers and estimated how much would eventually be wasted, based on USDA data about consumer habits.

For each meal type, the researchers fed their measurements into a life-cycle analysis — which incorporates existing data on emissions throughout the supply chain — to estimate the total emissions for each stage of the process: agricultural production, packaging production, distribution, supply chain losses (for example: unsold grocery store food), consumption and food waste.

It turned out that meal kits had more plastic waste than grocery store meals, but less food waste. Greenhouse gas emissions tied to distribution were also lower for kits, owing to their streamlined supply chain. Grocery stores can't always predict demand and so generally buy more food than they can sell. Meal kit services skip the brick-and-mortar stage altogether by shipping directly to the consumer, which cuts down on food waste and distribution emissions, according to the authors.

Of course, shipping meal kits to millions of households causes emissions. But these kits are delivered alongside other mail on normal routes, and the researchers found that this last stage of distribution accounted for 11% of grocery store meal emissions but only 4% for meal kits.

"This study is a good first step towards understanding the environmental impacts of meal kits," says Rebecca Boehm, an economist who studies food and environment at the Union of Concerned Scientists, "but more research will be needed to understand the whole picture." She was not involved in the new study.

"Even though it may seem like that pile of cardboard generated from a Blue Apron subscription is incredibly bad for the environment, that extra chicken breast bought from the grocery store that gets freezer-burned and finally gets thrown out is much worse, because of all the energy and materials that had to go into producing that chicken breast in the first place," Miller said in a press release from her university.

The outsize role of food production on emissions is consistent with Boehm's research as well. "The largest share of emissions from U.S. household food purchases comes fairly early in the food supply chain at production," she says.

What if a consumer was extra vigilant against food waste, but still bought from the store?

"We didn't see that dramatically influencing results in any way or flipping the relationship," says Heard. He says this underlines the benefits of meal kits' direct-to-consumer supply chains in reducing food waste at grocery stores and distribution costs.

Boehm says future research should aim to incorporate more data on consumer behavior. For example, if a consumer stops by the grocery store on the way home from work, it can be difficult to assign emissions to grocery store food they eat at home. Boehm also notes that Americans are increasingly eating at restaurants, which could change the overall impact of meal kits compared with other meals.

Additionally, meal kit delivery services still have their environmental drawbacks. While much of the packaging material is recyclable, components like freezer packs can often be a hassle for consumers to figure out how to recycle.

Miller hopes this study will push people to think more carefully about a product's environmental impact. "We really want to have people to think beyond just what their automatic gut reaction" is in terms of whether a product is good or bad for the environment, Miller says.

"Yes plastic is bad, but it's not necessarily the whole environmental story," Miller says. "To understand the actual environmental impacts [of food production] and how to reduce them, we need to look at the whole system."

Jonathan Lambert is a freelance science journalist based in Washington, D.C. You can follow him on twitter @evolambert

The power of the Latino vote in Southern California Greater LA

END_OF_DOCUMENT_TOKEN_TO_BE_REPLACED
KCRW's Power in Numbers Drive: Today, your dollars will be doubled up to $25,000, thanks to the generosity of Paul & Renee Haas.
Give Now
Give Now