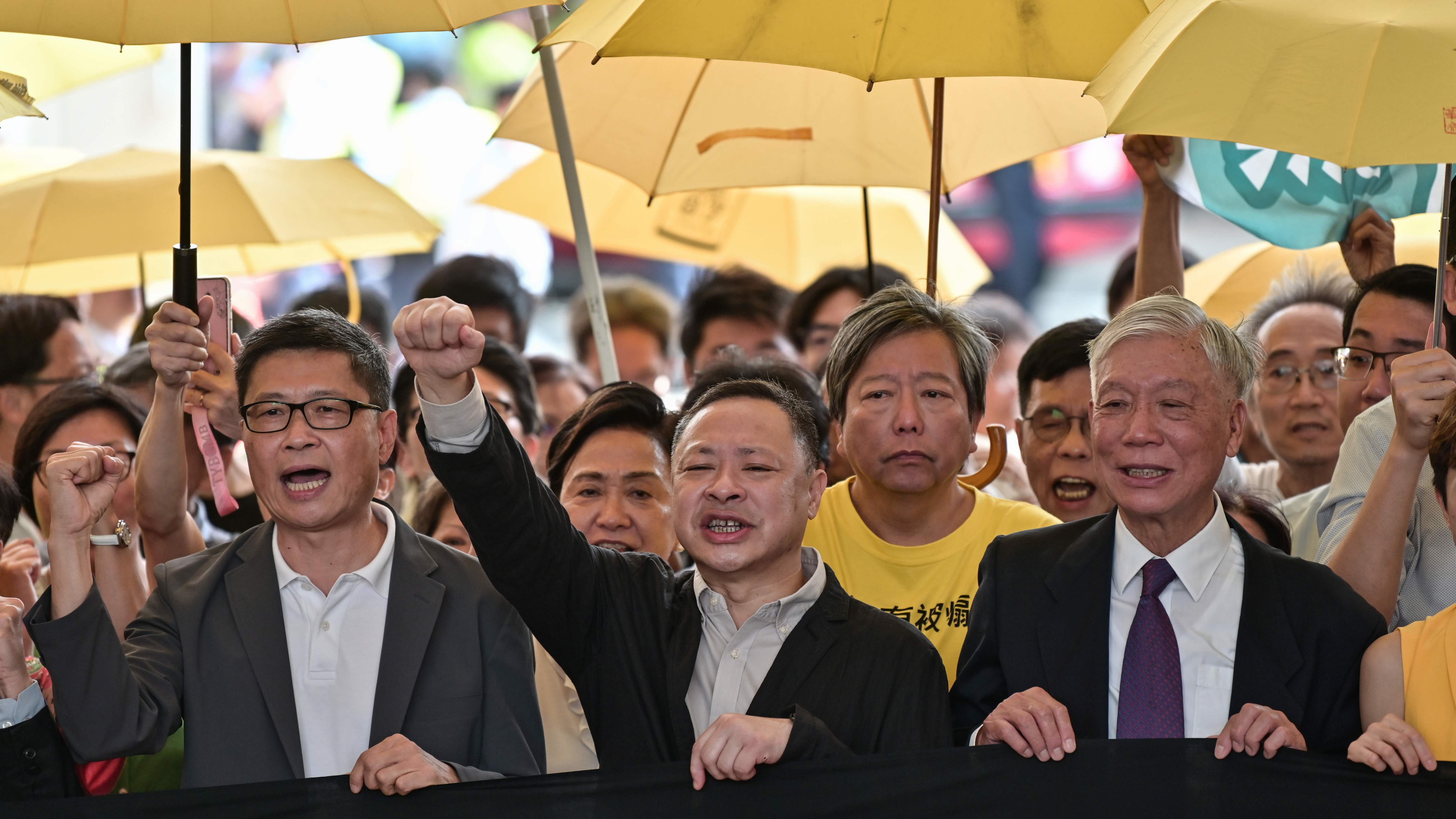 A court in Hong Kong has sentenced pro-democracy demonstrators to up to 16 months in jail for their role in the 2014 protests that clogged the city's financial district for months.

The protests came to be known as the Umbrella Movement, signified by thousands of umbrellas that shielded demonstrators from the hot sun and kept police tear gas at bay. The activists sentenced Wednesday had been found guilty earlier this month on "public nuisance" charges for organizing the sit-ins and peaceful demonstrations that obstructed major roads for 79 days.

It was one of the largest pro-democracy protests seen in Hong Kong in recent years, with tens of thousands demanding democracy in the Chinese territory and seeking the resignation of the city's leader.

At the sentencing hearing, judge Johnny Chan noted that none of the defendants had expressed regret for their actions.

"Regret does not mean giving up their political beliefs or demands, but regret for the inconvenience or sufferings experienced by the public," Chan said, according to the Hong Kong Free Press. "It is an apology the public rightly deserves from the defendants but was never received."

"The judge said the demonstrations resulted in unreasonable obstruction" of the city's financial district, NPR's Asia correspondent Rob Schmitz reports. "Rights groups said the prison sentences will have a chilling effect on the rights to free expression and peaceful assembly in Hong Kong."

Sociology professor Chan Kin-man, law professor Benny Tai, and Baptist Minister Chu Yiu-Ming were sentenced to 16 months for their role in leading the demonstration. According to the New York Times, Chu's sentence was suspended for two years due to age and his public service record, "meaning that he is unlikely to serve time in prison."

Six other defendants, including current lawmakers, were also convicted on public nuisance charges. Some were given suspended sentences, and one former student leader was sentenced to 200 hours of community service, the Free Press reports.

"The long sentences send a chilling warning to all that there will be serious consequences for advocating for democracy," said Maya Wang, Hong Kong-based chief researcher for China at Human Rights Watch, according to The Associated Press. "The Beijing and Hong Kong authorities appear intent on eliminating the only pocket of freedoms on Chinese soil."

The 2014 protests were part of the "Occupy Central" campaign, which had called for a brief sit-in of just a few days. But after police used tear gas on student protesters, thousands occupied the streets for months, the Times reports.