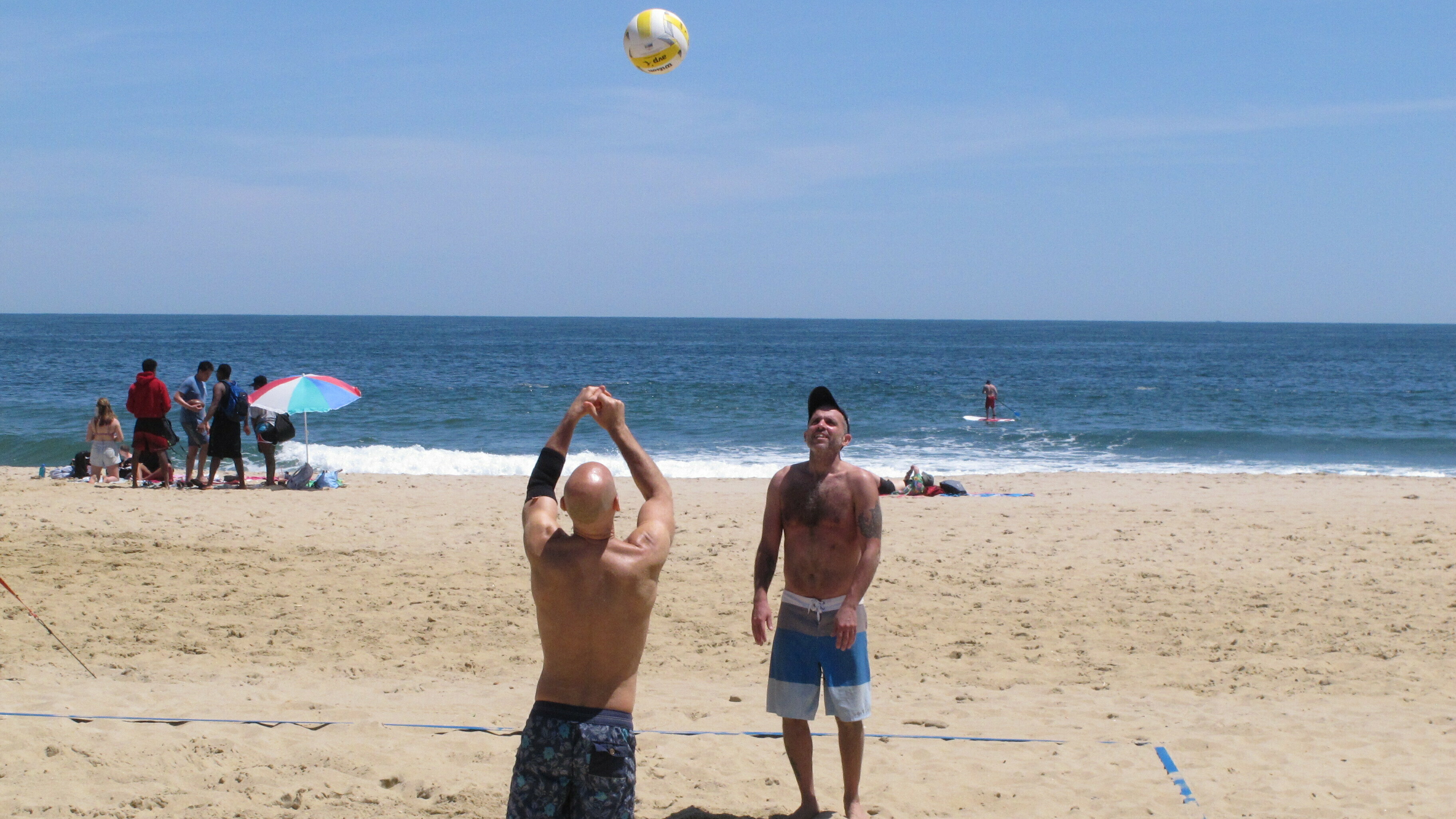 Beachgoers playing a game of volleyball on the Belmar, N.J., beach. Gov. Phil Murphy signed a law Friday that protects the public's right to access the state's waterways and shorelines. Photo by Wayne Parry - AP

The governor of New Jersey, Phil Murphy, signed legislation Friday designed to address decades-long disputes in his state over who gets access to the state's beaches and waterfronts.

Murphy, a Democrat, signed legislation enshrining in law the state's public trust doctrine, ensuring that the public has access to shorelines and tidal waters used for commerce, navigation and recreation — including swimming, bathing and fishing.

"New Jersey's shoreline and coastal communities are some of our state's greatest treasures," Murphy said in a statement. "By strengthening the public's right to access our beaches, we are ensuring that all New Jersey residents and visitors can enjoy our beautiful shore this summer and for generations to come."

In New Jersey and other states, public beach access has been a contentious issue as some communities have tried to restrict beach access by imposing fees for use, limiting nearby parking, or selling accessible points to private developers.

"It's very significant legislation," said Tim Dillingham, executive director of the American Littoral Society, a marine conservation group. "It provides New Jersey citizens with policies that will strengthen and promote public access to tidal waters, not just beaches, but along rivers and backbays," he told NPR.

But not everyone is happy with the new law.

"This bill does not move public access forward in any meaningful way," said Jeff Tittel, executive director of the New Jersey Sierra Club as quoted by The Associated Press. "It has vague language that could lead to a lot of lawsuits from towns that have fought public beach access for years. They want money for the beaches, paid for by the public. They just don't want the public on those beaches."

Dillingham agrees the new law does not resolve all the issues surrounding public access. For example, it doesn't address local beach fees or "street ends," referring to local communities that sell the end of a street to a private owner who then blocks access points to the beach.

Some developers had argued that public beach access can sometimes conflict with private property rights.

The new law exempts certain waterfront infrastructure sites linked to homeland security such as an oil or gas facility.

Some California police are biased. A report says they have no clear plans to fix that NPR May 1