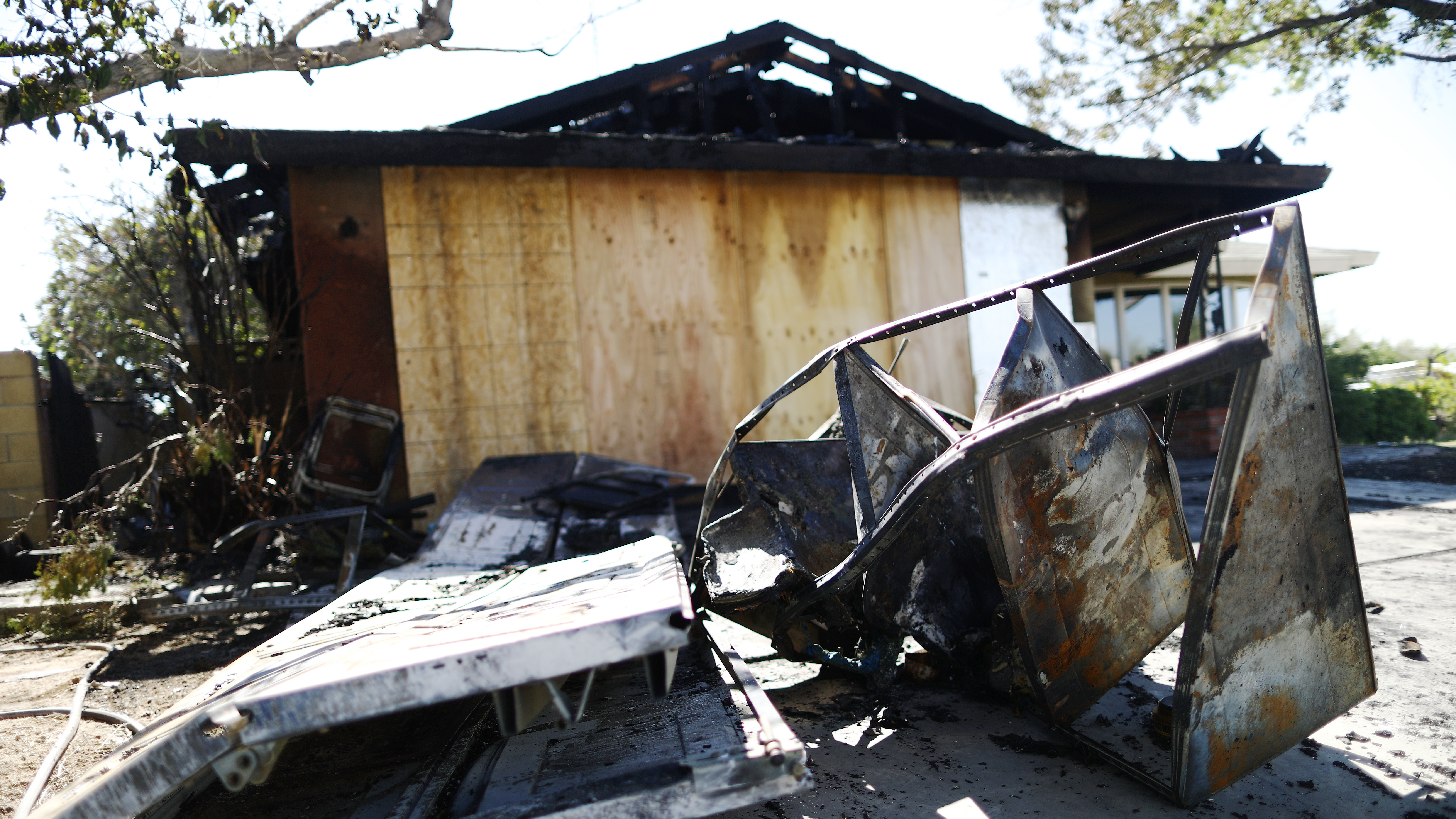 Charred items sit in front of a home that caught fire in Ridgecrest, Calif., after a 6.4 magnitude earthquake Thursday. Photo by Mario Tama - Getty Images

A strong 6.4 magnitude earthquake struck Southern California on Thursday, centered in a remote desert area some 150 miles northeast of Los Angeles, according to the U.S. Geological Survey.

Emergency officials in Kern County, Calif., have responded to nearly two dozen incidents including people needing medical assistance and structure fires around the city of Ridgecrest, where a regional hospital also had to be evacuated, according to county officials.

Officials did not immediately report any deaths or major injuries in connection with the earthquake.

People on social media shared videos of homes and stores shaking as far apart as Los Angeles and Las Vegas.

In Ridgecrest, near the epicenter of the quake, Mayor Peggy Breedon said fires have broken out, gas lines have been damaged and debris has fallen off some buildings around the city.

"We are used to earthquakes but we're not used to this significance," Breedon told MSNBC.

Breedon asked residents to look out for each other as aftershocks continue, especially for the elderly, who make up a large portion of Ridgecrest's population.

More aftershocks, even another large quake, could occur in the coming days, according to seismologist Lucy Jones at the California Institute of Technology.

The quake was the largest in Southern California since 1999, Jones said.

At a Thursday afternoon briefing, seismologist Rob Graves said seismic activity is not unusual in the part of California where the earthquake occurred.

"This was not unexpected in this area," Graves said. "Having a 6.4 in this part of Southern California" is typical, he said.

President Trump tweeted that he had been briefed and "all seems to be very much under control!"