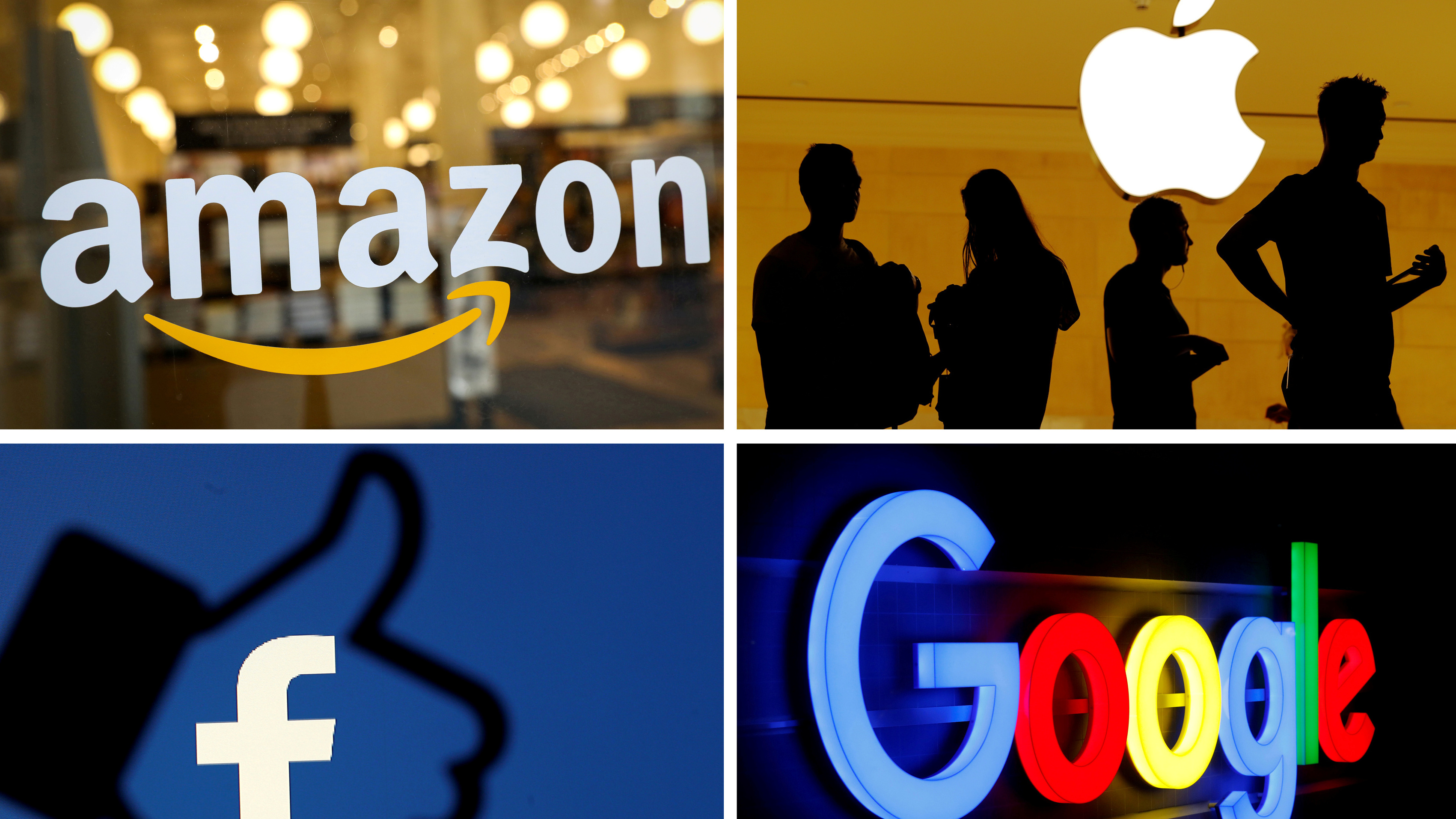 U.S. lawmakers will question lobbyists and officials from Facebook, Google, Amazon and Apple on an array of issues. Photo by NPR - Reuters

Given Facebook's track record of broken promises over privacy, U.S. senators said Tuesday that the social media giant can't be trusted when it comes to plans to launch a digital currency.

"Facebook is dangerous," Sen. Sherrod Brown, D-Ohio, said at a Senate Banking Committee hearing. "Like a toddler who's gotten his hands on a book of matches, Facebook has burned down the house over and over, and called every arson a learning experience."

Facebook, Amazon, Google and Apple officials are testifying Tuesday at three separate congressional hearings on an array of issues, including whether they're so big they stifle competition.

The hearings reflect a new mood in Washington, where lawmakers, regulators and even President Trump are calling for more thorough reviews of the big tech companies, with a goal of tougher regulation to level the playing field.

The head of Facebook's effort to create a new digital currency called Libra told the Senate Banking Committee that the company wants to work closely with policymakers and regulators.

Those setting up Libra expect it to be "licensed, regulated, and subject to supervisory oversight," said David Marcus, who heads Calibra, Facebook's digital currency project.

Sen. Martha McSally, R-Ariz., cited Facebook's repeated violations of its users' privacy. "I don't trust you guys," she said. "So instead of cleaning up your house, now you're launching into another business model with Calibra here."

Sen. Pat Toomey, R-Pa., said it was too soon to dismiss Facebook's Libra plan. "I just think we should be exploring this. ... To announce in advance that we have to strangle this baby, I think, is wildly premature."

Marcus acknowledged Facebook's missteps. "Trust is primordial, and we've made mistakes in the past," he said. "And we have been working and are continuing to work really hard to get better." Because Facebook is launching Libra with 100 partners, "you will not have to trust Facebook," Marcus said.

Treasury Secretary Steve Mnuchin made it clear at a briefing on Monday that he's not ready to support Facebook's currency plan — at least not yet.

"I'm not going to publicly speculate how long I think it will take them to get to the point where we're comfortable with it," he said. "But they are a long way away."

Later on Tuesday, lobbyists for Google, Apple, Amazon and Facebook are scheduled to go before a House Judiciary subcommittee. Lawmakers there are expected to question the companies about how they dominate markets, making it difficult for other companies to be competitive or have access to advertising, app creation and media.

Also Tuesday, a Senate Judiciary subcommittee will ask a Google lobbyist about whether the company's search engine ranks posts by conservative media and bloggers lower than other kinds of search results. Trump and other conservatives have been alleging the big tech companies have anti-conservative bias. The tech giants have denied bias and studies have no found evidence of it.

Facebook has faced increasing scrutiny over privacy violations. The Federal Trade Commission reportedly voted recently to fine the social media giant about $5 billion to settle a case stemming from the Cambridge Analytica scandal. The firm, which worked on President Trump's 2016 campaign, acquired the personal data of millions of Facebook users.