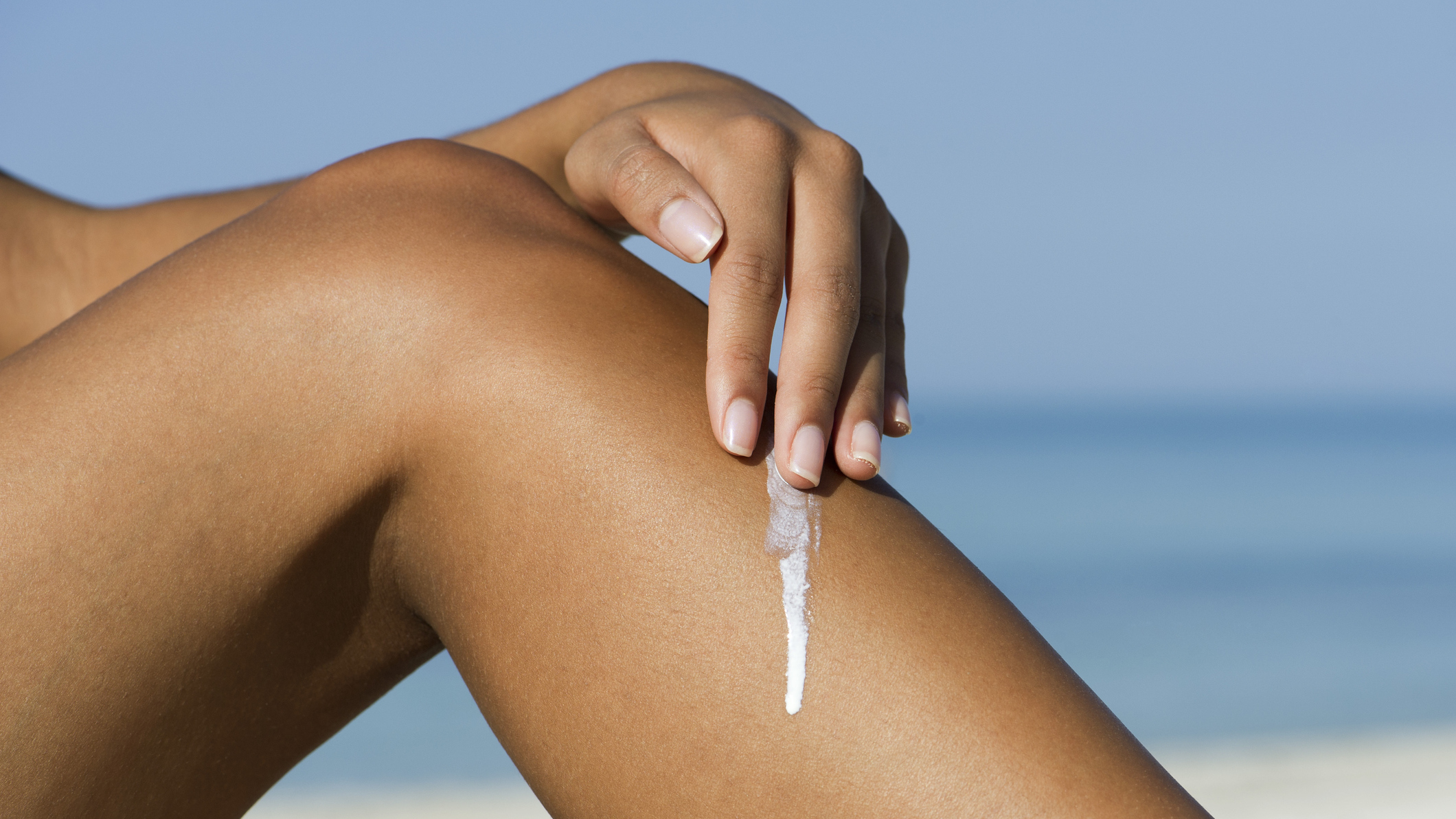 When we smear on sunscreen, dermatologist Kanade Shinkai with the University of California, San Francisco says, most of us don't think about it getting under our skin.

"I think there was an assumption that these are things that we apply to our skin — they don't really get into our bloodstream," Shinkai says.

But earlier this year, the Food and Drug Administration raised concerns about chemicals commonly found in sunscreen, noting that they can enter the bloodstream at levels significantly higher than the current FDA threshold for safety testing. And it's unknown whether there are any harmful health effects. So the agency has asked sunscreen manufacturers to complete safety studies by this November.

The FDA noted that only two of the 16 active ingredients commonly used in commercial sunscreens — the mineral sunblocks, zinc oxide and titanium dioxide — are "generally recognized as safe and effective." That's a designation the FDA gives a substance when qualified experts consider it generally safe for its intended use.

In a study published in May, FDA scientists found that four active ingredients found in commercial sunscreens — avobenzone, oxybenzone, octocrylene and ecamsule — were "systemically absorbed" into users' skin. (One of the ingredients, oxybenzone, has been found in breast milk, urine and blood plasma.) The high absorption rate of these ingredients means we need to study their potential toxicity levels further, the researchers wrote.

"We need to pay attention to these chemical sunscreens and really study them to make sure they are safe," Shinkai says.

In an editorial that accompanied the FDA report, Shinkai describes how sunscreen products ended up in this dilemma. It turns out many were put on the market long before today's regulations on safety and efficacy for over-the-counter medications were put into place, "so they didn't have the standard battery of testing that any medication being approved today would undergo." This is really a situation of sunscreens "catching up" with modern regulations, she says.

In an interview with NPR earlier this summer, Trisha Calvo, deputy content editor for food and health at Consumer Reports, noted that while the FDA did find some products seeped into the skin, "they did not make a determination about whether or not that meant health side effects from that absorption."

She says it's important to remember that no toxicity has been established yet, "and even the FDA has said you shouldn't stop using sunscreen with these active ingredients."

Shinkai concurs: Don't let fears about chemicals prevent you from protecting your skin against the known dangers of sunlight. Exposure to the sun's ultraviolet rays remains a major risk factor for skin cancer, which can be deadly. And sunscreen is "highly effective to prevent cancer," she says.

If you're nervous about sunscreen ingredients though, you can avoid the more questionable chemicals in two ways: by covering up, or by choosing mineral sunscreens.

Shinkai recommends seeking shade and avoiding outdoor activities during the sun's peak hours, which are usually between 10 a.m. and 2 p.m.

If you are outside during this time, dermatologist David Leffell with the Yale School of Medicine suggests wearing a brimmed hat — and sun protective clothing.

Calvo echoes this: "I use sunscreen all the time, but I'm also really careful to cover up," she says. "So if you came across me on the beach, you would see me in a long-sleeved shirt under an umbrella with a towel over my feet."

Leffell adds that today's sun protective gear is available in many clothing stores and has made leaps in style. "It used to be this clothing came in only one color and looked like prison uniforms, so understandably people weren't excited about wearing them. But now, it's become quite popular," he says.

If you want to play it completely safe, Leffell says, buy a product with zinc oxide or titanium dioxide. These pure mineral products work by blocking the sun's rays by reflecting them away from the skin.

And if you're conjuring up an image of your dad wearing goofy white paste on his nose, think again. "You no longer have to look like you've got a white clown face — products on the market today are really quite elegant," Leffell says.

Calvo of Consumer Reports notes that in their annual testing of sunscreens, mineral-only products do not perform as well as those that contain chemical active ingredients. But she says if you're using chemical sunscreens, you may want to avoid one ingredient in particular, oxybenzone, which she says "seems to be the most worrisome."

In theory, some chemical sunscreen products could be pulled off the market if the industry doesn't provide solid safety data by November. However, Shinkai says it's likely the FDA will grant extensions on that deadline to allow the industry more time to comply with the request for study.

Special: A musical journey in the life of MLK, Jr. Press Play with Madeleine Brand