Stressed Out By Politics? Here's How To Keep Caring Without Losing Your Cool 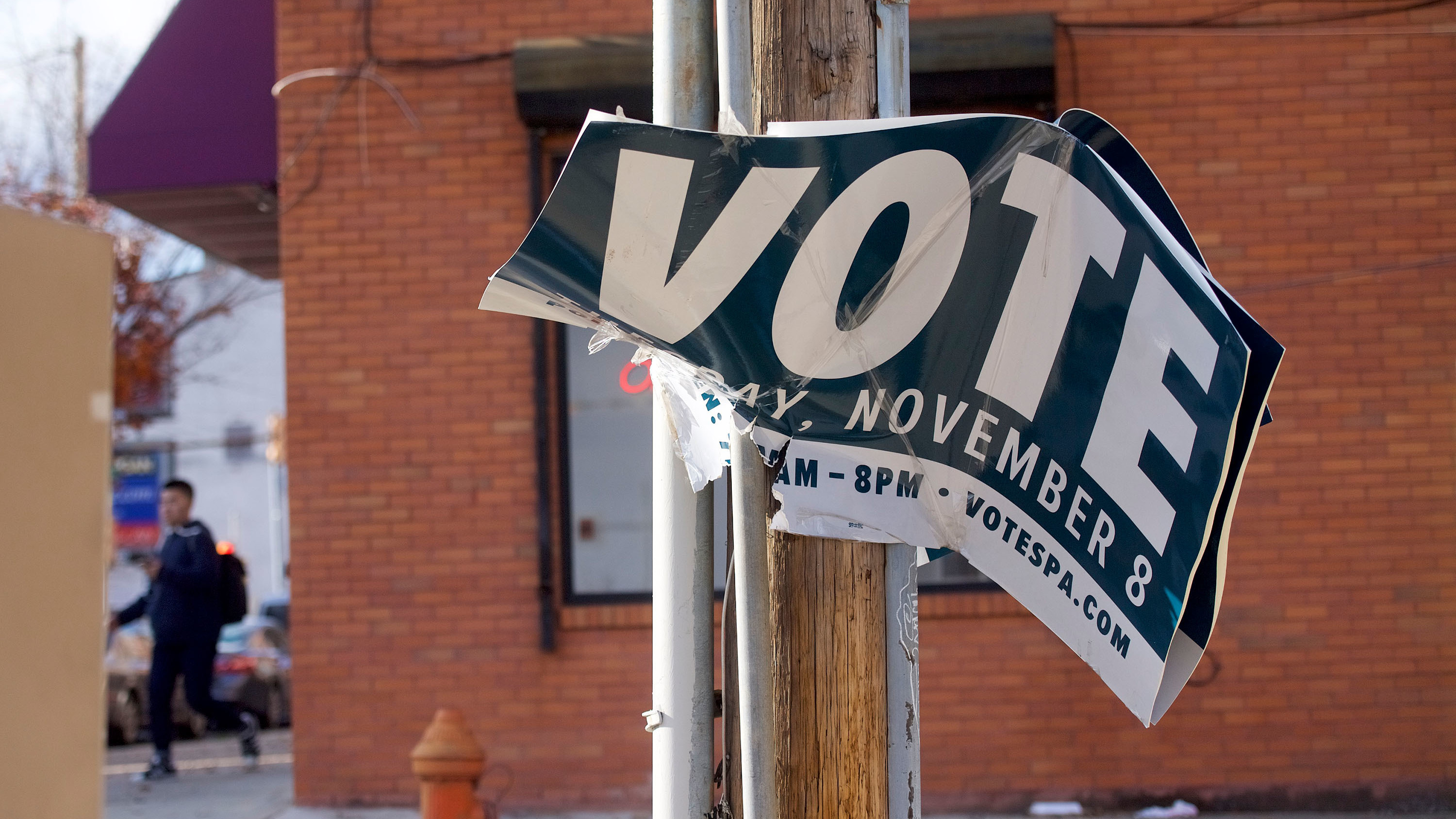 Surveys done since the 2016 election show that engaging with politics is stressing people out and harming their mental health and relationships. Photo by Mark Makela - Getty Images

The political headlines have been relentless lately. Calls for impeaching the president. Debates over health care, immigration and gun control. Fights over who tweeted what.

Discussions of these issues can quickly get heated and toxic. They can affect relationships and even your health, according to a study published Wednesday in the journal PLOS ONE.

It seems that Americans "are suffering some pretty negative consequences because of their attention to and engagement in politics," says author Kevin Smith, a political scientist at the University of Nebraska, Lincoln, discussing the survey results.

In the months after the November 2016 elections, Smith began to hear anecdotes about people being stressed out by the election results and political divisions in the country. "I think most people have heard of, or experienced, or at least read a news story about losing a girlfriend or boyfriend or arguments over the Thanksgiving table," he says.

So he and his colleagues decided to find out how exactly politics was affecting Americans' mental health.

The team did an online survey of 800 people from a nationally representative sample and asked respondents a range of questions about how engaged they are in politics and how it is affecting their lives, health and well-being.

Nearly 40% of respondents said that politics was a cause of stress in their lives. About 20% reported losing sleep, feeling fatigued or being depressed owing to politics.

Between 10% and 30% of the respondents said that politics took an emotional toll on them, by causing anger, frustration, hate or guilt, or caused them to make comments they later regretted.

He isn't surprised that people are stressed out by politics. But "what I felt was kind of eye-popping was simply the sheer numbers of people saying that they experienced this," he says.

The overall findings of the new study "are consistent with what we've been seeing with our Stress in America survey," says Lynn Bufka, a psychologist and the associate executive director of practice, research and policy at the American Psychological Association.

In 2017, the APA annual survey on stress levels of Americans found that 57% of respondents said they were stressed by the current political climate, whereas 63% said that the future of the nation was a cause of stress for them. Sixty percent said they thought that the country was at its lowest point in history.

And over half of the respondents said that while they like to stay informed about news and politics, doing so stresses them out.

While the APA survey found that respondents from both ends of the political spectrum reported being concerned about the divisiveness of present-day politics, Democrats found it more stressful than Republicans or independents, says Bufka.

Smith wonders if the stress from politics is a result of the current presidency or whether people who are most stressed by politics are those opposed to the party in power at any given point of time. "If we could sort of ... go back to the Obama era, would we find similar sorts of numbers, but with Republicans and right-leaning people [reporting feeling stressed]?"

The only way to find out, he adds, is to wait for a shift in the political environment and do another survey.

For now, Bufka says, the new study suggests that political engagement comes at an emotional cost. And that in turn could affect politics.

"In a democracy, it's really important that people want to be engaged," she says. "It would be really discouraging if people felt [so] stressed and negatively impacted by the political discourse of the day that ... they disengage from politics."

She offers some tips to better manage stress levels, so people can stay engaged as citizens.

For one, she says, think carefully about whether to and how to participate in a political discussion with friends and loved ones.

"Going into any kind of situation expecting to win or to convince somebody of your point of view is unlikely to result in a nonstressful approach," says Bufka.

If you think a discussion will be too "emotionally laden," she adds, it may not be worth it.

She recommends that people make sure to get enough sleep and eat well to help their bodies be more resilient to the effects of stress.

It's important to reduce your exposure to stressful inputs and make time for things that help you unwind, she says.

She suggests taking breaks from the news, or "choosing to only watch the news, read news, engage in discussions about news up until a certain point in the evening."

Make sure you reserve enough time for things that de-stress you, she says, "whether it's taking a walk in the woods, or spending time with friends playing a card game, or just enjoying one another's company."

These moments of stress-free, enjoyable activities are key to buffering against any kind of stress, she adds.

END_OF_DOCUMENT_TOKEN_TO_BE_REPLACED
KCRW's Power in Numbers Drive: Today, your dollars will be doubled up to $25,000, thanks to the generosity of Paul & Renee Haas.
Give Now
Give Now