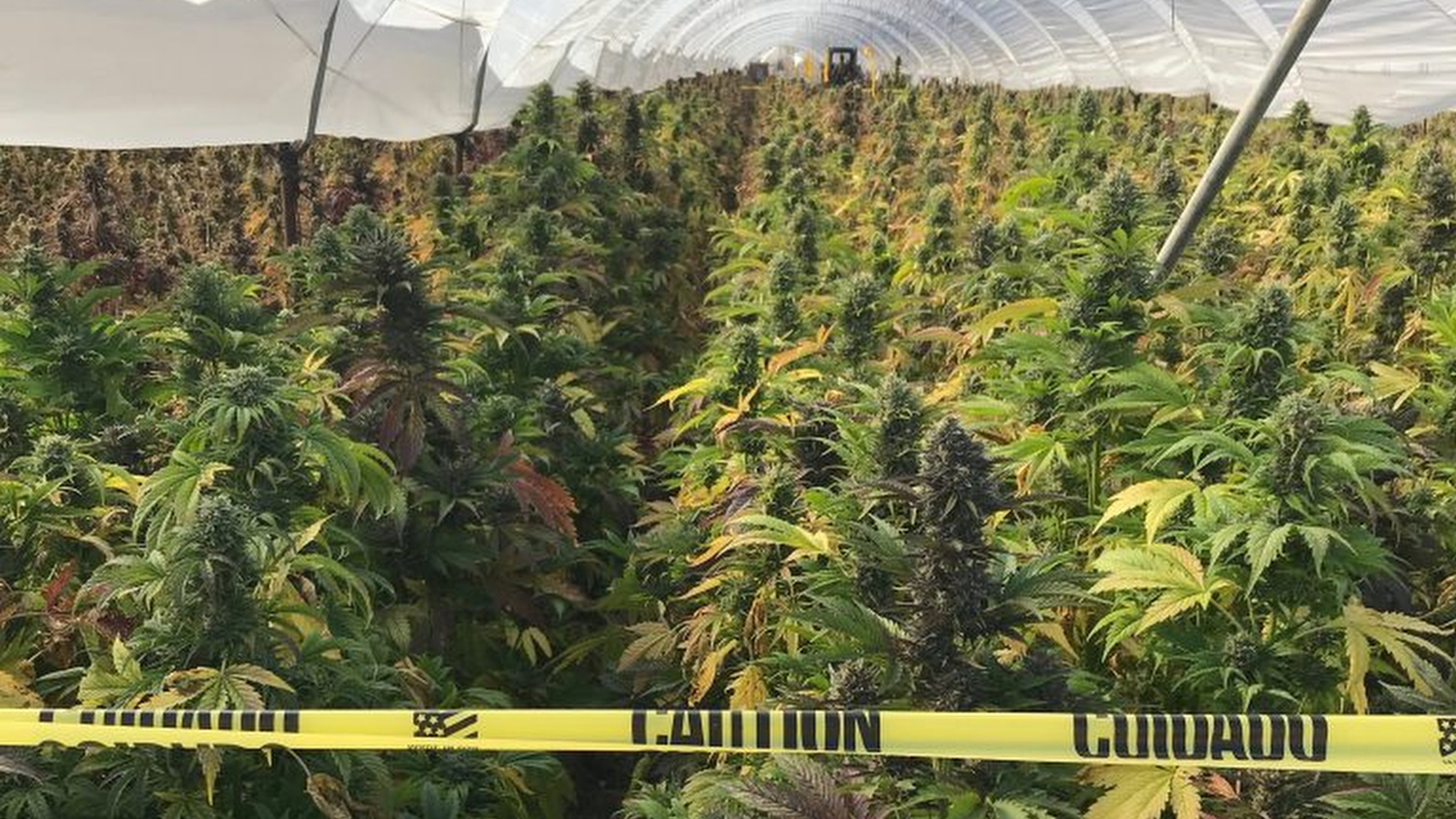 California authorities announced they seized more than $1.5 billion worth of illegal marijuana in fiscal year 2019, or the rough equivalent of the state's legal market for cannabis.

More than 953,000 plants were seized from 345 raided grow sites around the state. Authorities arrested 148 people and confiscated 168 weapons under California's Campaign Against Marijuana Planting program.

"Illegal cannabis grows are devastating our communities. Criminals who disregard life, poison our waters, damage our public lands, and weaponize the illegal cannabis black market will be brought to justice," said Attorney General Xavier Becerra in a statement on Monday.

The value of the seizures was based on the estimated wholesale price of $1,600 per plant.

A cannabis industry expert quoted by The Associated Press said that wholesale costs are doubled for the retail marijuana market, so the state seizures would be worth $3 billion of illegally grown marijuana.

Although cannabis has been legalized for use in California, "there is still a large unlicensed black market," said Robert Paoletti, coordinator colonel, California National Guard Counterdrug Task Force. "Our participation works to prevent this illegal market in order to promote a fair marketplace for those growers, producers, and vendors who choose to operate within the system that the voters approved."

California voters legalized recreational marijuana in 2016. However the illegal market is still alive, in part because consumers can avoid paying taxes on their cannabis.

Industry experts say the legal market is struggling to compete with the illegal market for other reasons.

"Regulators are ambivalent, publicly supporting the value of moving cannabis out of the illicit market and redressing the harms prohibition has done—such as overincarceration of minorities for minor possession offenses—but they have often proved unwilling to allow enough stores and keep regulatory and tax costs low enough to make the legal market competitive," according to a report by industry analysts Arcview Market Research and BDS Analytics.

A previous caption, relying on incorrect information from the Associated Press, said plants in a photo were from the city of Santa Maria, in San Luis Obispo County. In fact, they were found in Buellton, Calif., in Santa Barbara County.

END_OF_DOCUMENT_TOKEN_TO_BE_REPLACED
KCRW's Power in Numbers Drive: Today, your dollars will be doubled up to $25,000, thanks to the generosity of Paul & Renee Haas.
Give Now
Give Now