The Aftermath Of Iran's Missile Attack On An Iraqi Base Housing U.S. Troops 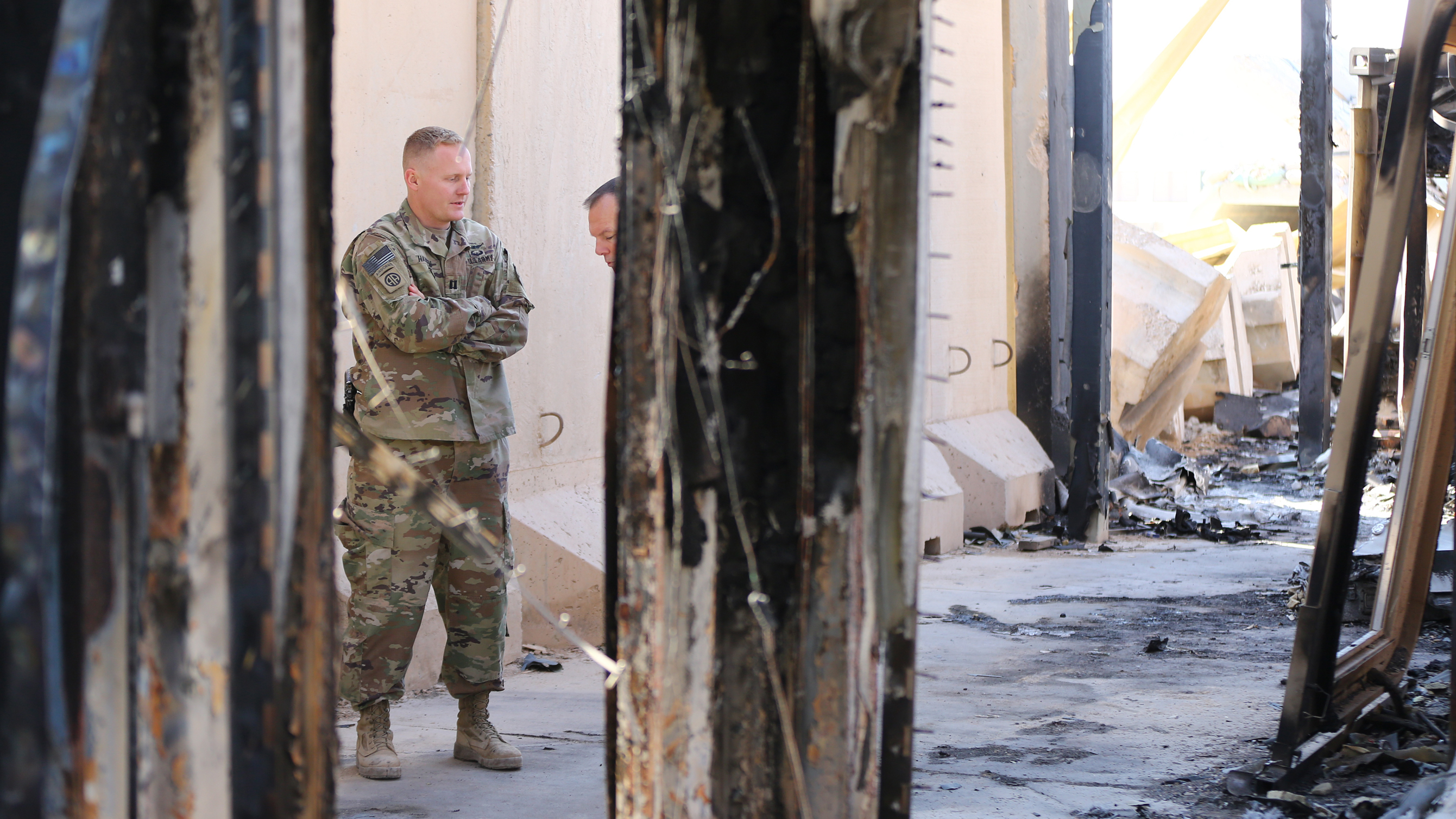 Capt. Geoffrey Hansen and his men were flying drones after the missiles launched. He was knocked off his feet by the blast. "We didn't know what was coming," he says. "We just knew something was coming so we figured as many eyes as we could get in the sky, we would do that and see if we could stop whatever it was before it came to the base — I didn't expect it to be a missile." Photo by NPR - Alexander Tahaov for NPR

The conflict between the United States and Iran has flared dangerously in Iraq — and in few places more so than a remote desert air base, more than 100 miles northwest of Baghdad. Iran fired at least 10 ballistic missiles at the sprawling Ain al-Assad base last week in response to the Jan. 3 U.S. drone strike in Baghdad that killed top Iranian commander Maj. Gen. Qassem Soleimani and an Iraqi paramilitary leader.

NPR international correspondent Jane Arraf and freelance photographer Alexander Tahaov were among a group of journalists invited to tour the base earlier this week.

Opened in 1987 during Iraq's war with Iran, Ain al-Assad is the size of a small city — it takes half an hour to drive across. The target of the Iranian strikes was the American side of the base, where about 1,500 U.S. troops support Iraq's fight against ISIS, train Iraqi troops and send armed and unarmed drones into Iraq and Syria.

U.S. military officials say the barrage of rockets lasted more than two hours early in the morning on Jan. 8. Hours before, the U.S. received warnings that one of four or five bases in Iraq would be attacked. Those warnings allowed the military to disperse personnel on the base and sent them rushing to bunkers. About 15 minutes before the attack, personnel at the base were warned the missiles had been launched.

Because of the precautions, no one was killed or seriously injured, but the missiles heavily damaged living areas and left huge craters.

U.S. officials won't say if the drone strike that killed Soleimani was launched from this base. But the area from where U.S. troops launch drones suffered some of the worst damage in last week's strike.

Here are some scenes from the base.