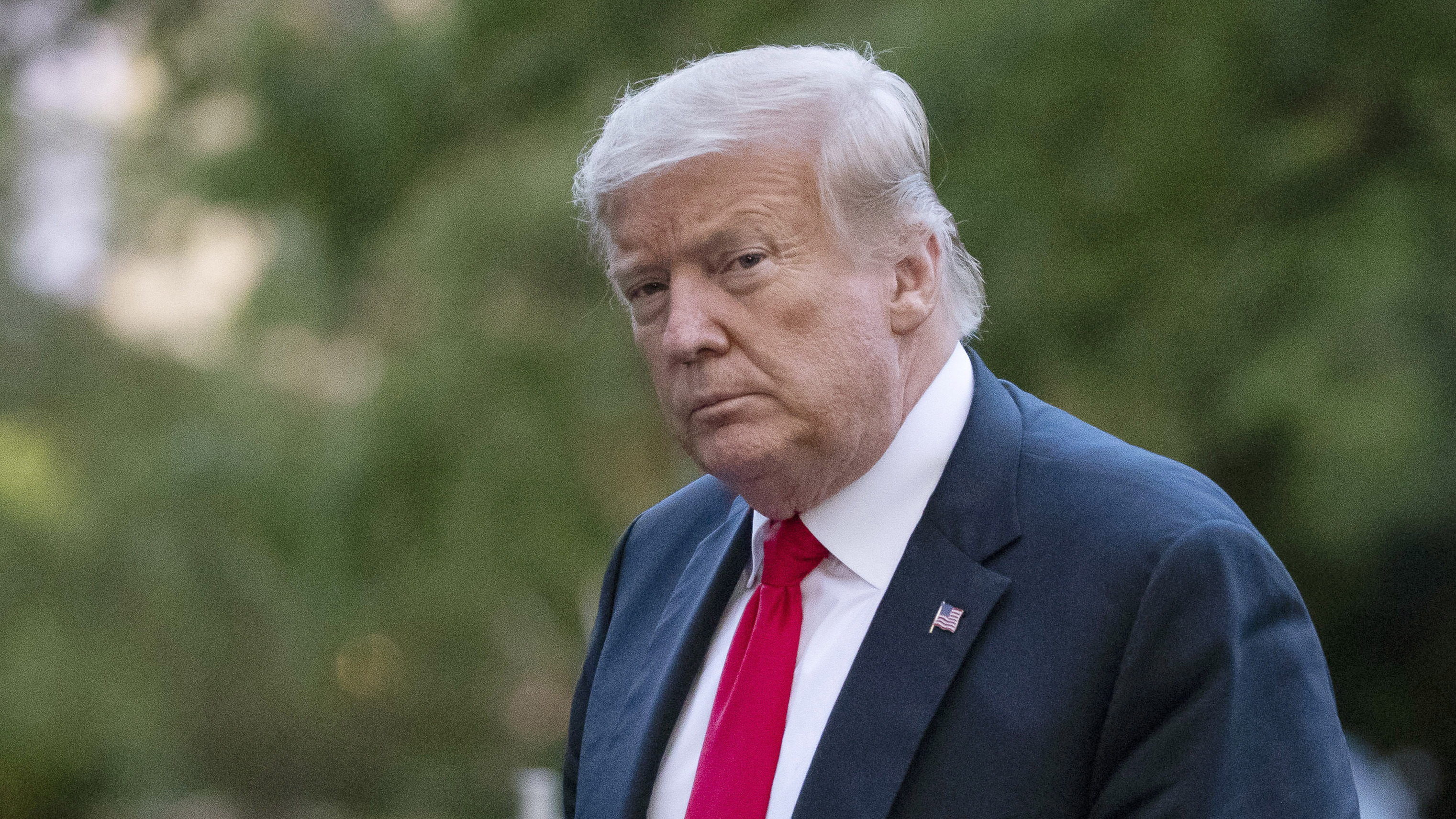 President Trump denied Sunday that he'd ever been briefed on bounties that Russia reportedly offered to Taliban-linked fighters to kill coalition forces in Afghanistan. Photo by Alex Brandon - AP

In a tweet late Sunday night, President Trump said the intelligence community told him he was not briefed about allegations that Russia had offered the Taliban bounty payments to kill Western forces — including U.S. troops — because it did not find the reports credible.

"Intel just reported to me that they did not find this info credible, and therefore did not report it to me or @VP. Possibly another fabricated Russia Hoax, maybe by the Fake News @nytimesbooks, wanting to make Republicans look bad!!!" the president tweeted.

The tweet reaffirmed an earlier denial by the president of a New York Times report that intelligence officials had briefed him on the allegations of malign Russian activity in Afghanistan.

The Pentagon "has no corroborating evidence to validate the recent allegations," according to a statement by spokesman Jonathan Hoffman, who says the Defense Department continues to evaluate intelligence and takes steps to protect the safety and security of U.S. forces.

CIA Director Gina Haspel made a rare public comment, saying in a statement, "Hostile states' use of proxies in war zones to inflict damage on U.S. interests and troops is a constant, longstanding concern. CIA will continue to pursue every lead; analyze the information we collect with critical, objective eyes; and brief reliable intelligence to protect U.S. forces deployed around the world."

She also said such information is shared throughout the national intelligence community and leaks "compromise critical interagency work."

"This is the analytic process working the way it should," Ratcliffe said. "Unfortunately, unauthorized disclosures now jeopardize our ability to ever find out the full story with respect to these allegations."

The Washington Post reported Sunday night that the bounties are "believed to have resulted in the deaths of several U.S. service members," a conclusion based on interviews with captured militants.

Earlier Sunday, Rep. Liz Cheney, R-Wyo., the third-ranking House Republican, called on the White House to tell Congress who in the administration knew of the intelligence and when.

"What has been done in response to protect our forces & hold Putin accountable?" she tweeted.

Citing unnamed officials, the Times report, published Friday, details how U.S. intelligence officials reached the conclusion about the secret payments and then briefed the president in March. The White House National Security Council convened an interagency meeting that same month to discuss the matter, according to the report. The finding was also included in the President's Daily Brief, according to the Times.

Trump denied the report in a series of tweets on Sunday, saying he was never briefed on the intelligence assessment.

"Nobody briefed or told me, @VP Pence, or Chief of Staff @MarkMeadows about the so-called attacks on our troops in Afghanistan by Russians, as reported through an 'anonymous source' by the Fake News @nytimes. Everybody is denying it & there have not been many attacks on us.....," Trump said.

The president followed up the denial by saying, "Nobody's been tougher on Russia than the Trump Administration." He went on to criticize former President Barack Obama, the Times, presumptive Democratic presidential nominee Joe Biden and his son, Hunter.

The White House denied on Saturday that the president had been briefed on the matter, but as the Times notes, press secretary Kayleigh McEnany did not push back on the substance of the intelligence assessment.

A statement Saturday by John Ratcliffe, the director of national intelligence, also denied that the president was briefed on the issue but also did not refute that Russia had offered bounties in exchange for attacks on U.S. forces.

The Times, in its reporting, does not specify how many troops may have been killed by insurgents seeking monetary reward but does say officials were confident that Russian operatives offered and paid bounties to militants for killing Americans. In a separate report by CNN, an unnamed European intelligence official said Russia also offered bounties for the killing of soldiers from the United Kingdom.

According to the Times, U.S. officials have concluded that the bounty operation was orchestrated by the GRU — Russian military intelligence — which has also been linked to assassination attempts and other cloak-and-dagger operations, including the 2018 nerve agent poisoning of a former Russian spy in Salisbury, England.

The GRU is the same unit that U.S. intelligence has implicated in efforts to sway the 2016 presidential election. The investigation into Russian meddling in the election, led by former special counsel Robert Mueller, indicted 12 Russian nationals it identified as active-duty members of the GRU.

The Russian Embassy in Washington denied the Times report in a tweet on Saturday, calling the report "fake news." A spokesman for the Taliban told the newspaper that the report was "baseless."

Critics of Trump called the reporting further evidence that the president has failed to adequately curb the influence of Russia and has instead sought to foster a cozy relationship with Russian President Vladimir Putin.

Speaking from a virtual town hall on Saturday, Biden, the former U.S. vice president, said that if the story was correct, then it was a betrayal to U.S. forces to fail to protect them in a war zone.

"Not only has he failed to sanction or impose any kind of consequences on Russia for this egregious violation of international law — Donald Trump has continued his embarrassing campaign of deference and debasing himself before Vladimir Putin," Biden said.

In another tweet Sunday, Trump responded by calling his likely 2020 opponent corrupt and his comments on the Times story "obviously written by his handlers."

Ennio Morricone, The Sound Of The American West, Dies At 91 NPR Jul 6