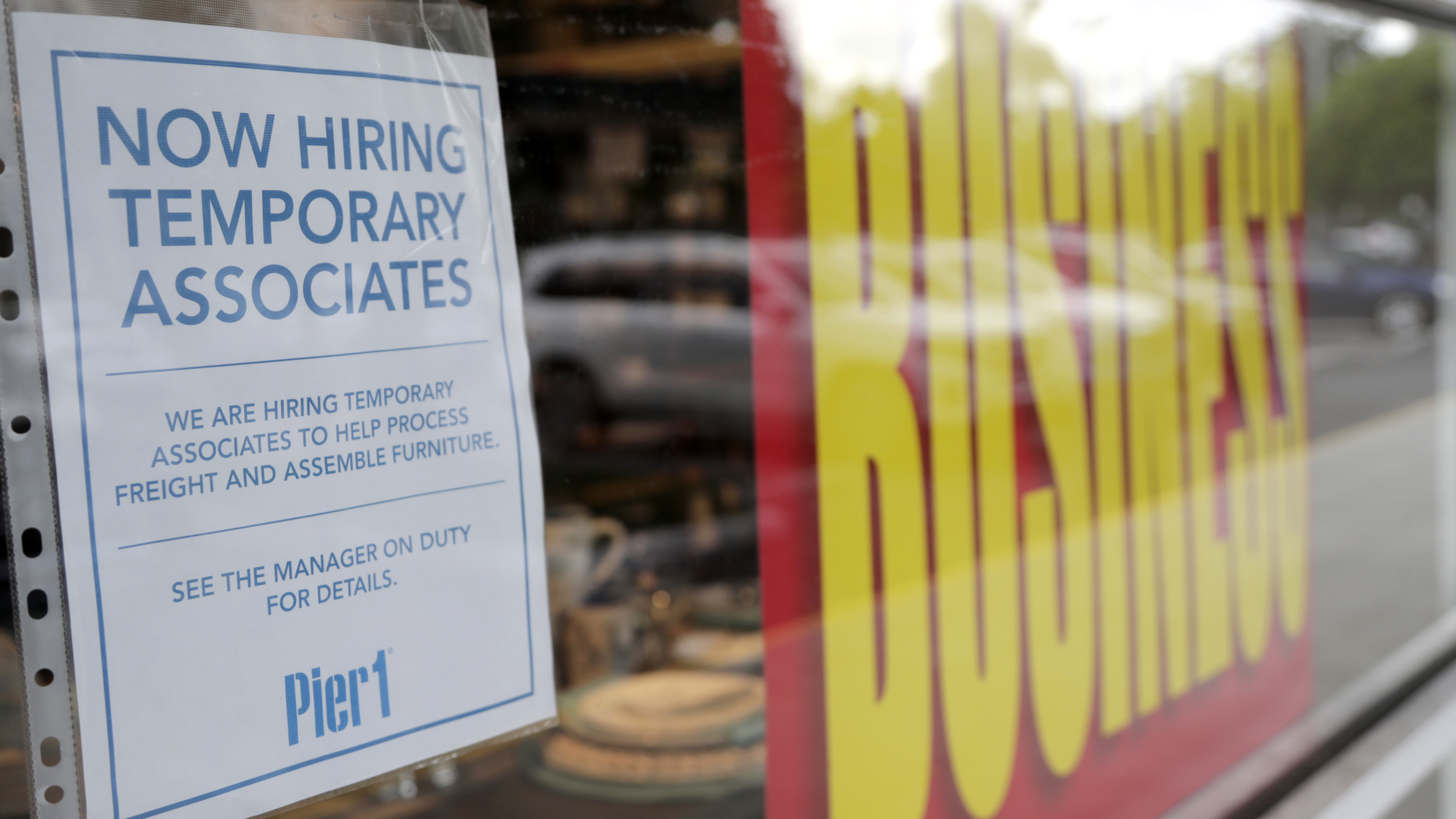 A sign advertises hiring of temporary workers at a Pier 1 store that's going out of business in Coral Gables, Fla. Last week, initial unemployment claims broke a 20-week streak of being above 1 million. Photo by Lynne Sladky - AP

First-time claims for state unemployment benefits dropped below 1 million last week for the first time since the pandemic hit the economy in March. Claims under a special pandemic program for gig workers and others who are typically not eligible for unemployment also fell.

The drop may signal an improvement in the job market. Jobless benefits have also become less valuable, since a $600 per week federal supplement expired at the end of July.

President Trump on Saturday ordered a temporary payment of $300 per week using redirected FEMA money. But it could take some time before unemployed people are able to collect that cash.

As of July 25, a total of 28.3 million people were receiving some form of unemployment relief. That's a drop of more than 3 million from the week before.