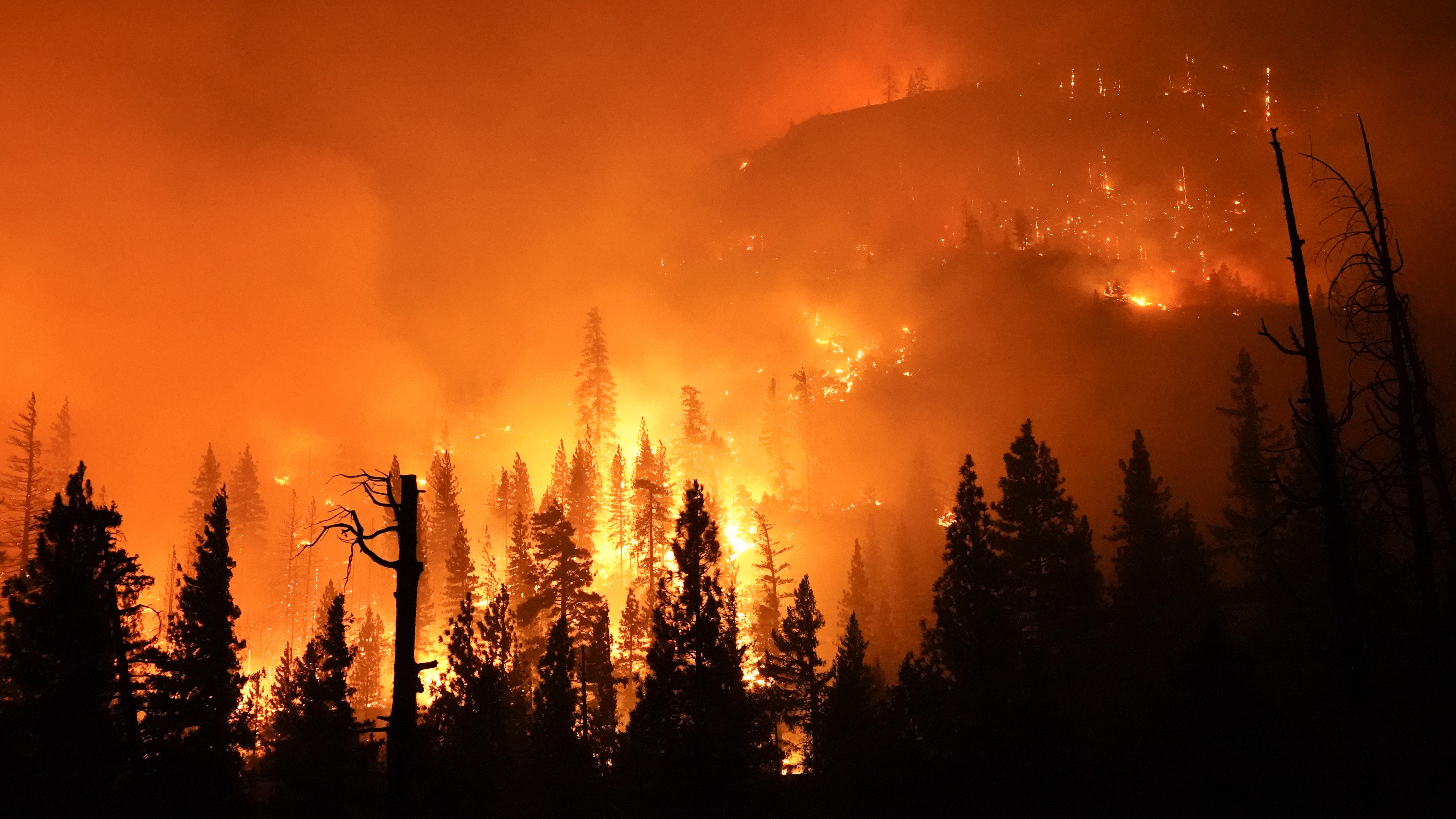 At 121 degrees, Los Angeles County hit its highest temperature ever recorded this weekend, as the state swelters in a heat wave that has helped intensify the most devastating wildfire season California has experienced in years.

The record temperature was measured in Woodland Hills, northwest of downtown Los Angeles.

The "kiln-like" heat was exacerbated by a high-pressure system and a weak sea breeze, according to the National Weather Service.

The heat contributed to the death of a 41-year-old hiker, who died Saturday from a heat-related seizure after hiking at Tapia Park in Malibu Creek State Park for several hours, L.A. County Sheriff's officials told CNN. After her death, officials decided to close all hiking trails in the Santa Monica Mountains through Labor Day.

"Do not hike this holiday weekend, especially with dogs," Malibu Search and Rescue said.

Late Monday, the U.S. Forest Service announced it would close eight national forests in Southern California because of the conditions.

California firefighters are currently battling dozens of active blazes that have so far consumed more than 1.8 million acres, damaged over 3,800 structures, and killed seven people. Many of the fires were caused by lightning strikes, but the El Dorado Fire in San Bernardino County was caused by "a smoke generating pyrotechnic device used during a gender reveal party," the California Department of Forestry and Fire Protection said.

That fire, which began Saturday morning, spread north and quickly consumed more than 7,000 acres. More than 500 people, 60 fire engines and six helicopters were fighting the blaze, which was only 5 percent contained by Sunday night.

2020 has now seen the most acres burned in California than any other year during the modern era, according to Daniel Swain, a climate scientist at UCLA.

But some small relief could be coming. Weakening high pressure and a stronger sea breeze will lead to "some decent cooling across the coast today," NWS Los Angeles tweeted Monday. "A little less cooling inland but it won't be nearly as oppressive as yesterday! Just one more day of heat before we get a break! We got this!"