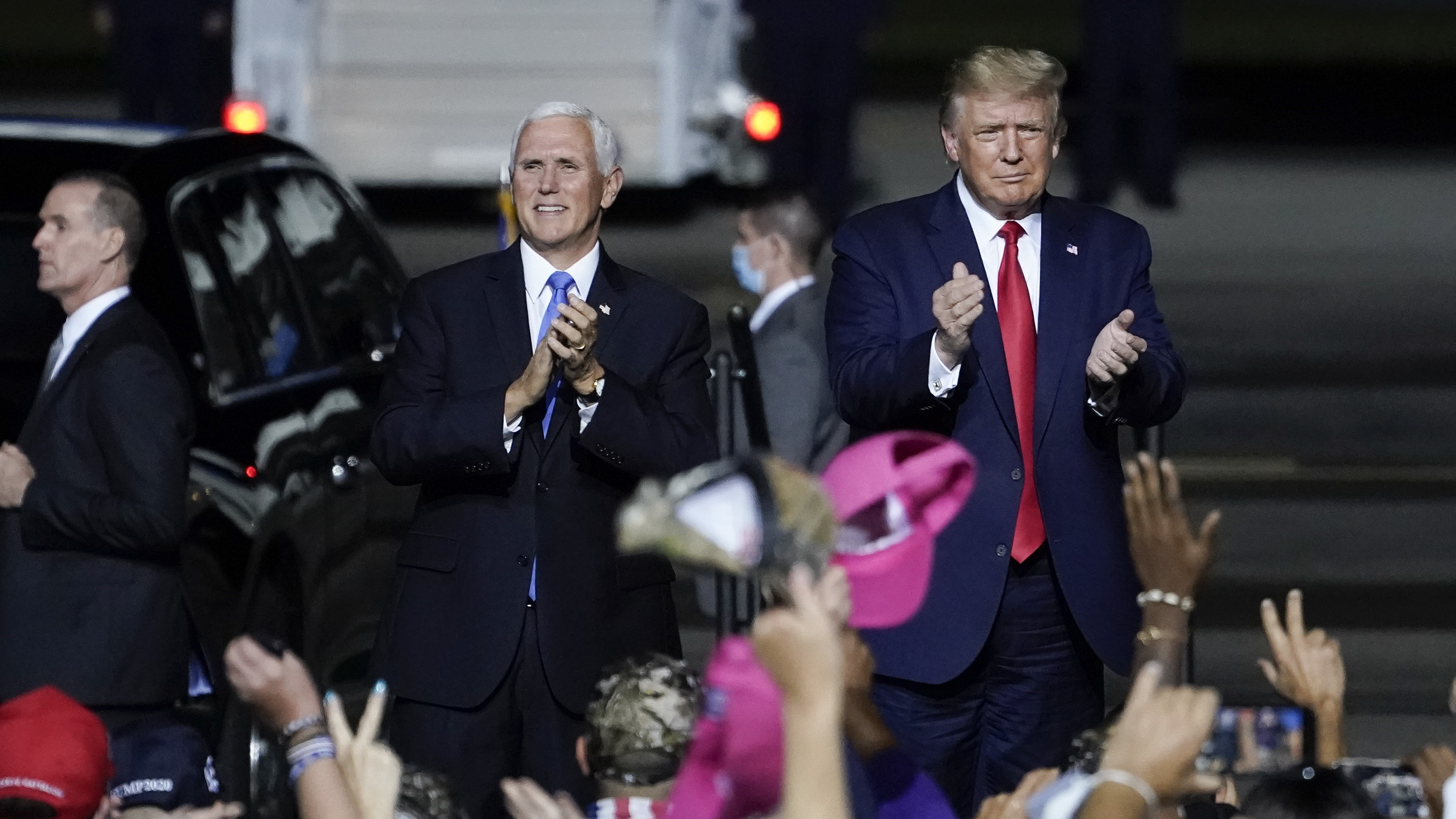 Vice President Pence has tested negative for the coronavirus, a spokesman says, after President Trump announced his own positive test.

The negative results come just hours after Trump announced on Twitter that he and the first lady had tested positive for the coronavirus. The White House physician says the president and first lady "are both well at this time."

A White House official told NPR's Tamara Keith that Pence will step in as needed but expected the president to be very engaged from the White House.

END_OF_DOCUMENT_TOKEN_TO_BE_REPLACED
KCRW's Power in Numbers Drive: Today, your dollars will be doubled up to $25,000, thanks to the generosity of Paul & Renee Haas.
Give Now
Give Now