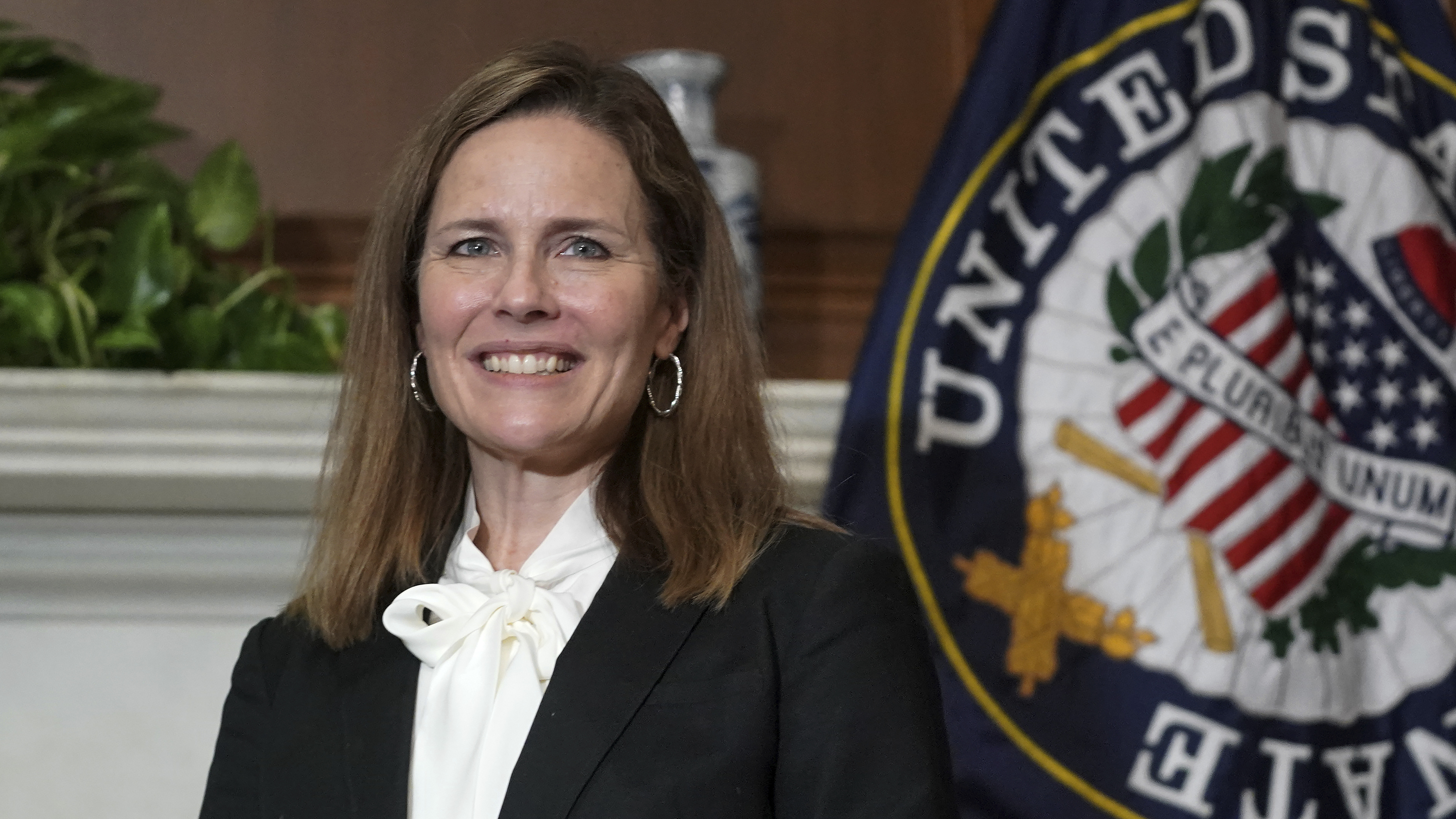 Judge Amy Coney Barrett has tested negative for the coronavirus, a White House spokesman said Friday, and Senate Majority Leader Mitch McConnell said he planned to move forward with her confirmation process, which is set to begin Oct. 12.

President Trump, who announced overnight that he and first lady Melania Trump had tested positive for the coronavirus, introduced Barrett as his nominee last Saturday to fill the Supreme Court seat made vacant by the death of Justice Ruth Bader Ginsburg. Barrett has spent the past week meeting with senators on Capitol Hill ahead of her confirmation hearings.

In a statement, White House spokesman Judd Deere said Barrett is tested daily for the coronavirus and was last with the president on the day she was nominated.

"She is following CDC guidance and best practices, including social distancing, wearing face coverings, and frequently washes hands," he said.

Sen. Mike Lee of Utah announced Friday morning that he has tested positive for the coronavirus. He met with Barrett at the White House on Saturday and both were photographed without masks. Lee said a weekend test he took was negative.

McConnell, who was interviewed on Hugh Hewitt's radio program, said the Senate Judiciary Committee will take additional precautions as it moves forward with the confirmation process for Barrett.

"The plan is for the nomination to come out of the committee on October the 22nd as Chairman Lindsey Graham has indicated, and we will be voting on the nominee very soon," McConnell said. "I haven't picked an exact point to bring the nomination up. But it is front and center for the American people. As we move ahead I will be more specific on the precise time on the Senate floor."

But Senate Democratic Leader Chuck Schumer and Senate Judiciary Committee Ranking Member Dianne Feinstein, D-Calif., said any plans to hold a hearing at this time could be dangerous.

"It is premature for Chairman Graham to commit to a hearing schedule when we do not know the full extent of potential exposure stemming from the president's infection and before the White House puts in place a contact tracing plan to prevent further spread of the disease," the pair said in a statement.

They go on to say that holding a remote confirmation hearing for a Supreme Court nominee is not acceptable.

"It's critical that Chairman Graham put the health of senators, the nominee, and staff first — and ensure a full and fair hearing that is not rushed, not truncated, and not virtual."

Trump and other Republicans have said they want Barrett to be confirmed before the Nov. 3 election in the event the race possibly ends up at the Supreme Court, which, in Ginsburg's absence, now has eight justices.

Democrats have balked at that idea, though they have little power to stop it. They point to McConnell denying President Barack Obama's nominee to the court, Merrick Garland, a hearing. Republicans argue that they were justified in their inaction because Obama was a Democrat while the Senate was GOP-controlled. This time, they say, both the White House and the Senate are held by Republicans.