NPR's 40 Most Engaging And Popular Stories Of 2020 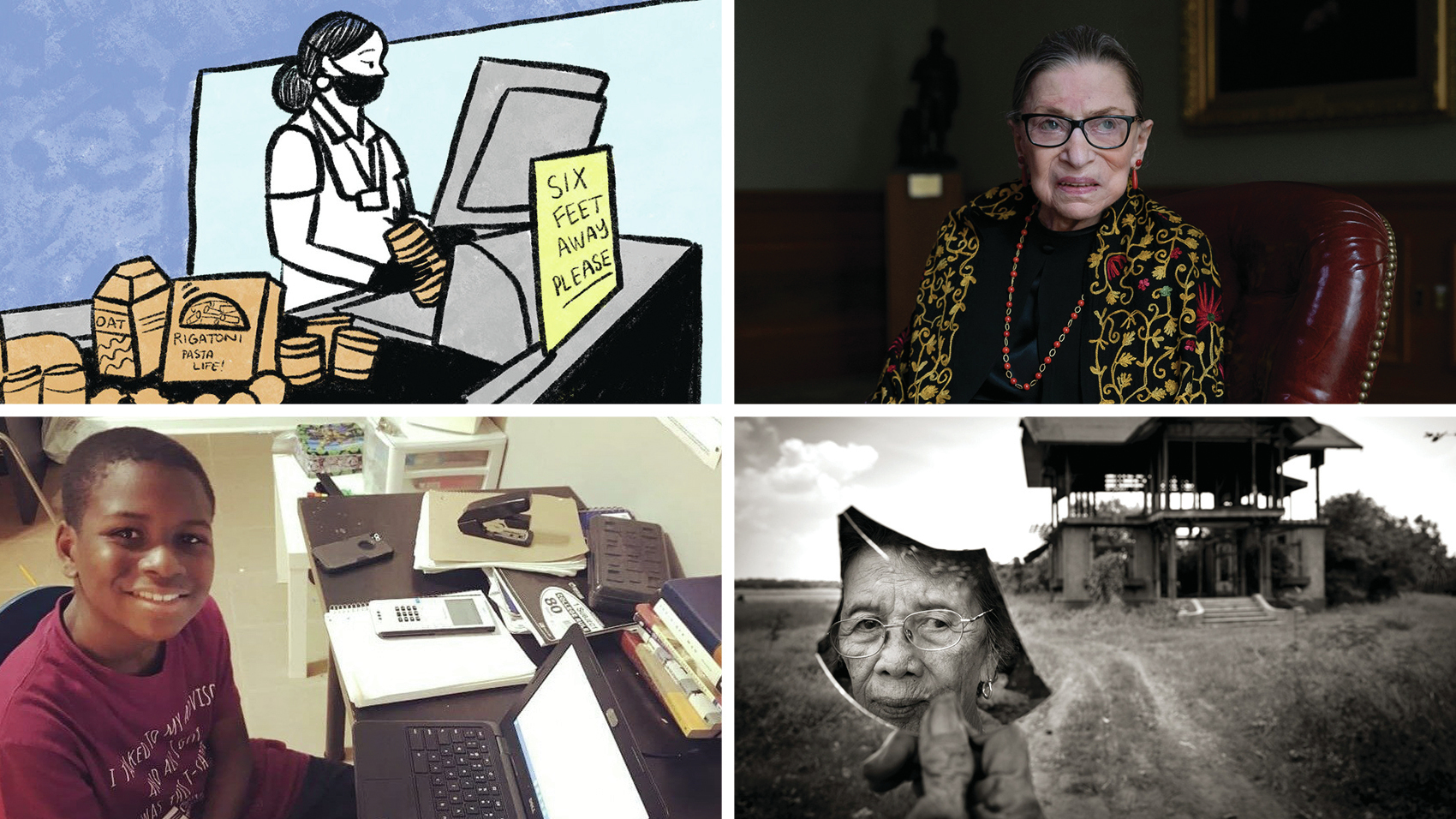 Clockwise from top left: A scene from a comic about grocery store workers during the pandemic; a 2019 portrait of Supreme Court Justice Ruth Bader Ginsburg; Pilar Quilantang Galang was raped by members of the Japanese Imperial Army in 1944; Caleb Anderson, 12, attends virtual calculus class at Chattahoochee Technical College in Marietta, Ga., where he is a sophomore. Photo by NPR - Sarah Mirk for NPR; Shuran Huang/NPR; Cheryl Diaz Meyer for NPR; Anderson family

Mourning and celebrating; coping and distancing: 2020 has been a year of collective emotional dissonance. Even as the worst public health crisis in memory changed our lives, it also made us cherish bright moments where we found them.

We watched a high-stakes election play out — and sometimes we just wanted a distraction from it all.

Here are the NPR stories that hit home in 2020. They examine the complicated reality of life during a pandemic. They highlight moments of grace, surprise and persistence — and sometimes, stark disagreement.