Local biotech billionaire Patrick Soon-Shiong paid $500 million for the Los Angeles Times, along with the San Diego Union Tribune and a few other local papers. He quickly hired Norman Pearlstine as the new executive editor for the Times. Pearlstine has spent some 50 years in journalism. He’s been at Time magazine, the Wall Street Journal, Bloomberg News and Forbes. They plan to turn the paper around after years of turmoil, top editors coming and going, low staff morale. 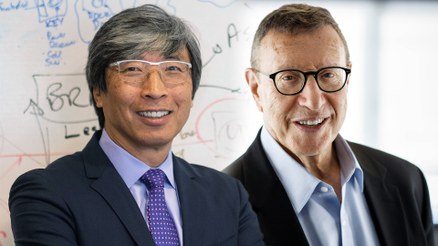 Do undocumented immigrants have a right to due process?

President Trump tweeted on Sunday that immigrants caught crossing the border illegally should be immediately sent back. No court case, no appearance before a judge, no due...

Ten-year-old Anthony Avalos died in Lancaster last week. He suffered head injuries and was covered in cigarette burns. For years, his home was flagged for potential abuse.

Local biotech billionaire Patrick Soon-Shiong paid $500 million for the Los Angeles Times, along with the San Diego Union Tribune and a few other local papers. He quickly...

Astronauts in the time of private space exploration

President Trump wants a Space Force -- a sixth branch of the military -- to tackle space. He says, "It is not enough to merely have an American presence in space. We must...

END_OF_DOCUMENT_TOKEN_TO_BE_REPLACED
KCRW's Pledge Drive: IF we can raise $25,000 TODAY, your donation will be matched dollar-for-dollar thanks to a generous commitment from KCRW Board Member Norris Bishton and Debra Bishton.
GIVE NOW
Give Now