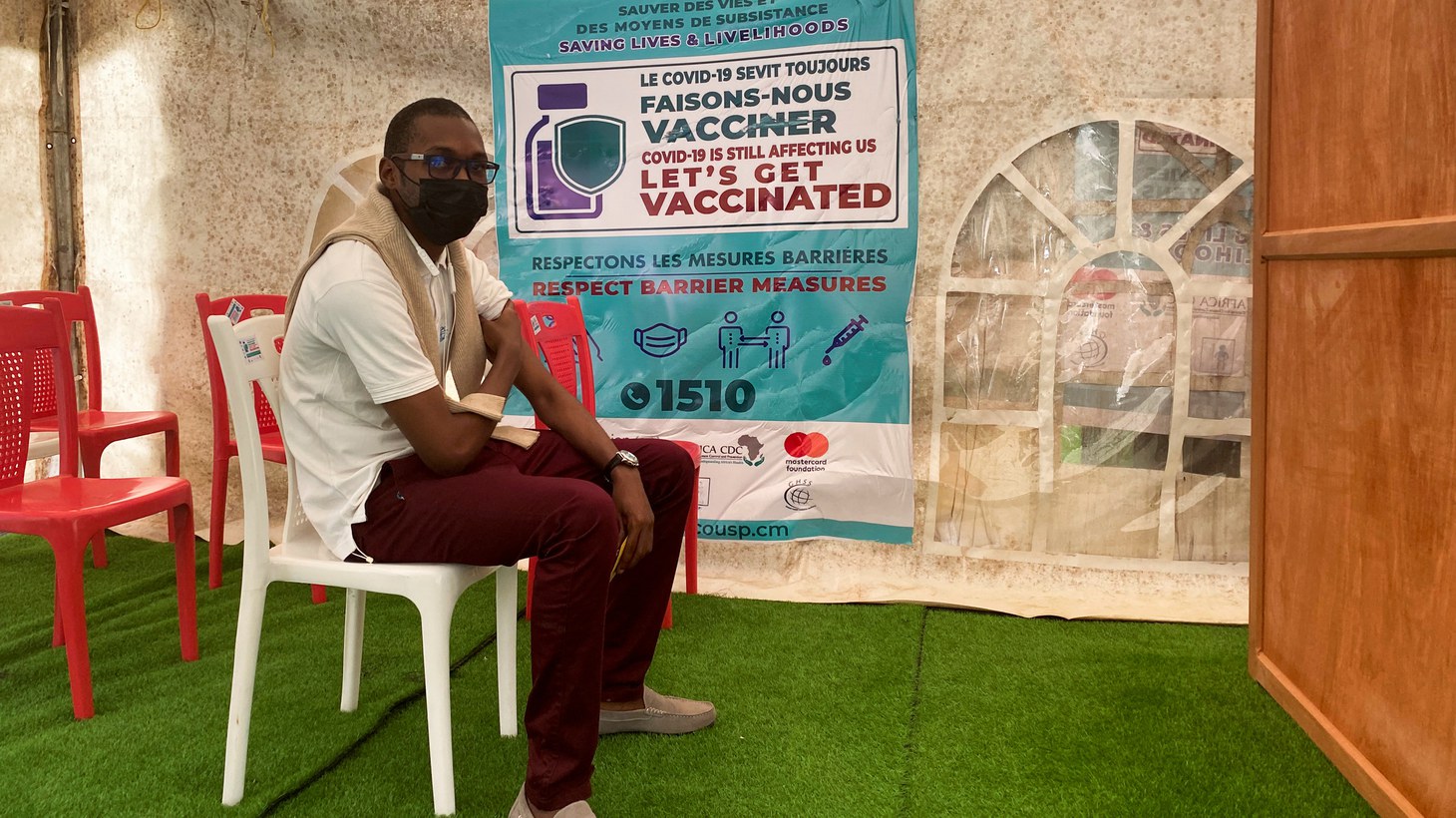 A man waits to be vaccinated at a coronavirus disease (COVID-19) vaccination center in Douala, Cameroon, December 29, 2021. Credit: REUTERS/Josiane Kouagheu.

About 70% of the global population has received at least one COVID-19 vaccination shot, according to a New York Times analysis of local government data. Meanwhile, in some low-income African countries, such as Cameroon and Democratic Republic of the Congo, 5% or less of the population is fully vaccinated.

Erin Banco, global health correspondent at Politico, explains that at the start of the pandemic, when rich western countries were signing big deals with pharmaceutical companies, they didn’t create a system for those doses to get overseas. Africa didn’t get doses until summer 2021, which was months after Americans already got their second doses.

The second reason, she explains, is because COVAX, an international consortium designed to ensure that people in Africa got access to vaccines, didn't pan out as expected during the first two years of COVID. The consortium is meant to solicit money from wealthy western countries, then secure vaccines from pharmaceutical companies such as Pfizer and AstraZeneca, and deliver doses to the most needed people.

Each country’s health infrastructure, including manpower, also matters. “When the doses did arrive, there was nobody really on the ground who could take the resources away from other endemic diseases that the country was dealing with and put it toward COVID efforts.”

However, Ghana is doing better with vaccination rates compared to its neighboring countries in Sub-Saharan Africa, since it received lots of money from U.S. and European governments to ramp up vax efforts, Banco explains. And so, the country hired local vaccinators to knock on doors and get people to take the shots. Now the country has plateaued, she notes.

Looking ahead, Banco says the United States Agency for International Development (USAID) has lobbied Congress to give it more money so it can “finish the job, particularly in Africa.” Plus, COVAX will likely end by next year.

“People in the international community, at the WHO [World Health Organization] … are in conversation about whether or not to continue some of these efforts. And I think it just remains to be seen whether or not the world thinks that these structures are still needed to slow the pace of COVID.”

She adds, “I think that Africa will continue to make slow, slow, slow progress on COVID vaccinations. I am not optimistic that some of these countries will make much progress anytime soon.”