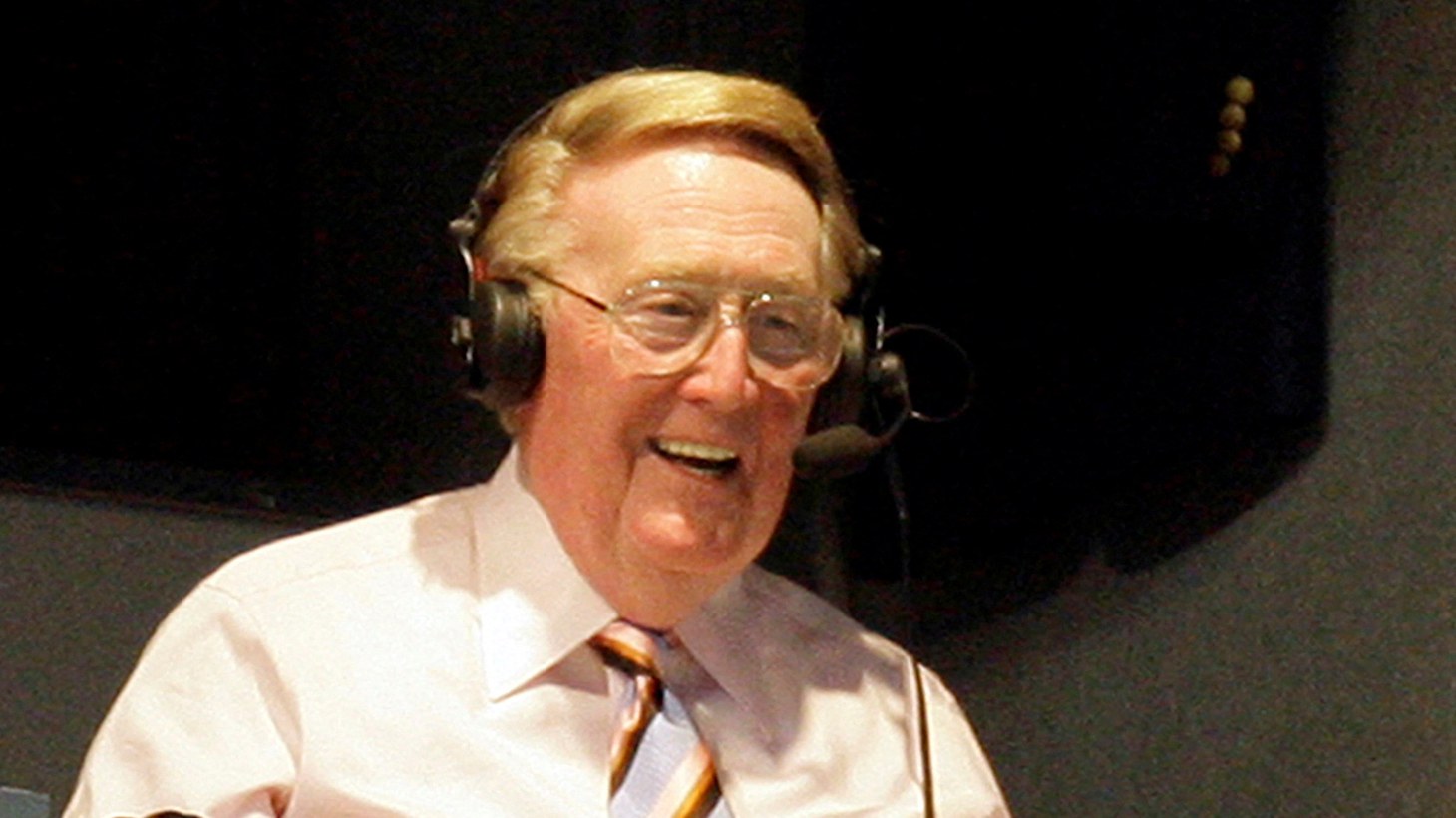 Vin Scully, the legendary Los Angeles Dodgers broadcaster died Tuesday at age 94. He spent 67 years in front of the microphone for the team, and with his dulcet delivery and poetic play-by-plays, Scully was as much a performer as a broadcaster. He moved to LA with the Dodgers from Brooklyn in 1958.