The fight over how to house the homeless continues in Orange County. A federal judge has ordered cities there to figure out where to put hundreds of homeless people kicked out of the Santa Ana riverbed a few weeks back. There was a plan to create tent shelters in three cities in the OC, but those cities rebelled, and now the judge is threatening to take further action. 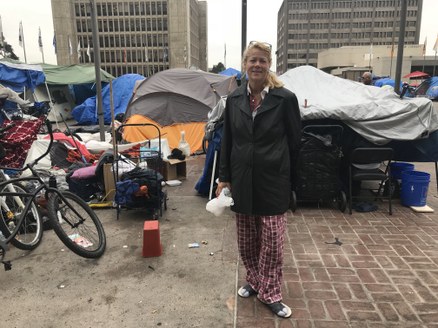 Anne Cheney lives in the Civic Center encampment,
which is being moved this week.  Photo: Saul Gonzalez 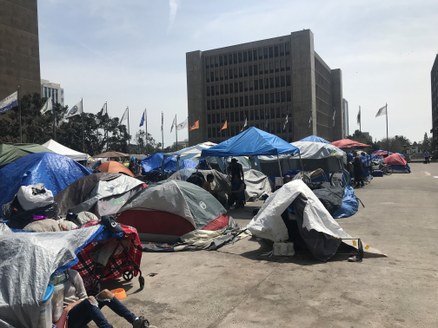 Inside the business of home abortions

President Trump’s supporters in Orange County have been packing city and county meetings, voicing their opposition to California’s sanctuary laws. A few cities -- and the...

The fight over how to house the homeless continues in Orange County. A federal judge has ordered cities there to figure out where to put hundreds of homeless people kicked...

More details are emerging about the woman who police say shot three people at YouTube headquarters yesterday, then killed herself. Nasim Aghdam, 39, had a grudge against the...

Women choose to give birth at home because it’s more comfortable, maybe they prefer a familiar bedroom than a hospital bed, maybe they want the whole process to be more...

How much did it cost the Saudi Crown Prince to book an entire hotel in LA?