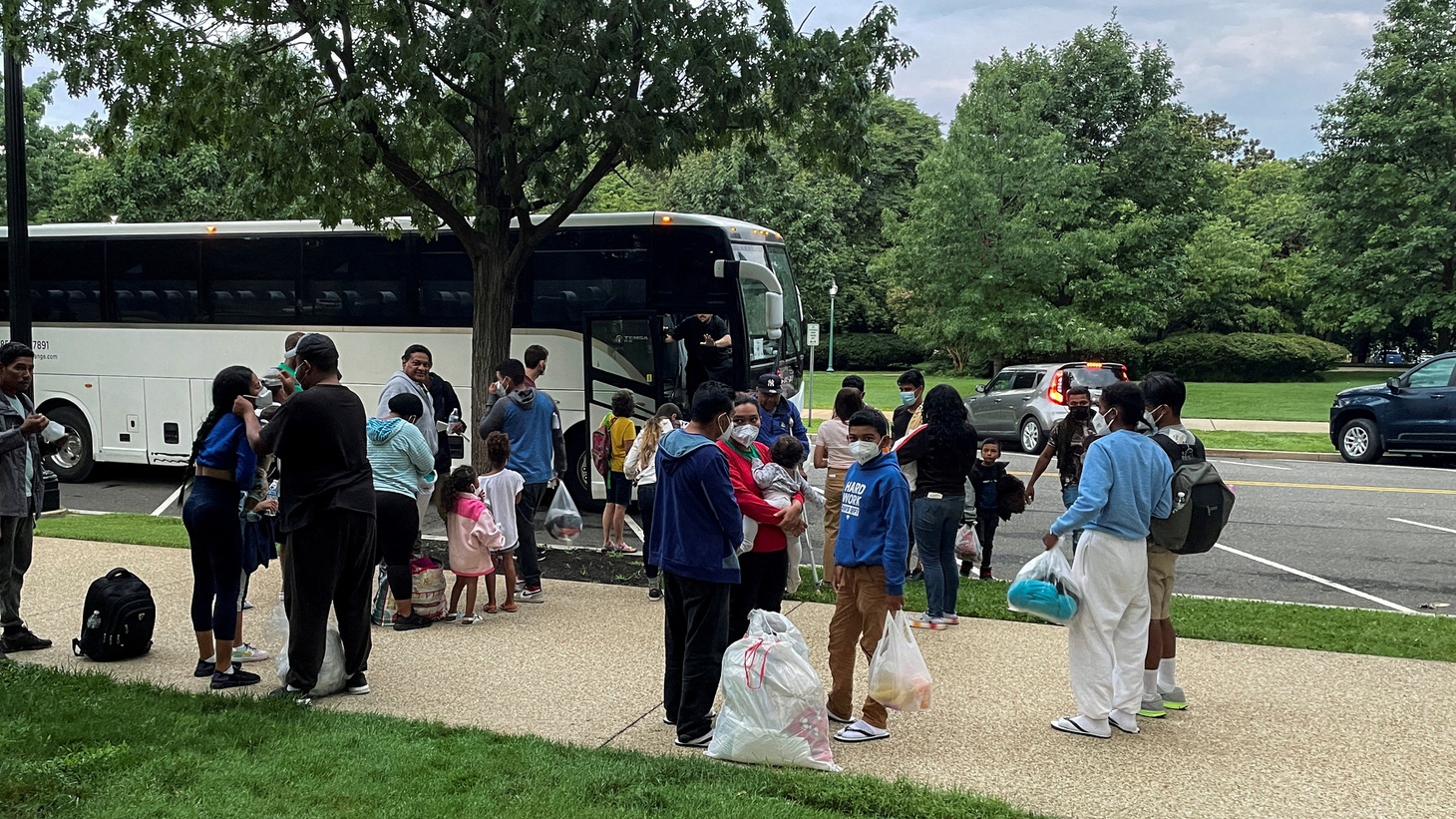 Approximately 30 migrants disembark after arriving on a bus from Texas, at Union Station near the U.S. Capitol in Washington, U.S., July 29, 2022. Credit: REUTERS/Ted Hesson/File Photo.

The Republican mayors of Arizona and Texas have sent more than 6,000 migrants to New York and Washington D.C. via free bus rides since April. The passengers are mostly Venezuelan asylum seekers who recently crossed the U.S.-Mexico border. Doug Ducey and Gregg Abbott say the migrants can get help in the country’s top “sanctuary cities.”

Meanwhile, Democratic leaders in New York and D.C. say the influx of migrants has overwhelmed their cities, and claim the asylum seekers are ending up in homeless shelters or on the streets.