California’s GOP delegation gave Donald Trump a big boost toward officially securing the nomination Tuesday. All of the state’s 172 votes went to Trump. KCRW’s Saul Gonzalez has spent time with the delegation at their hotel -- the Kalahari Resort, which has America’s biggest indoor waterpark -- in Sandusky, Ohio, 60 miles from the convention hall. 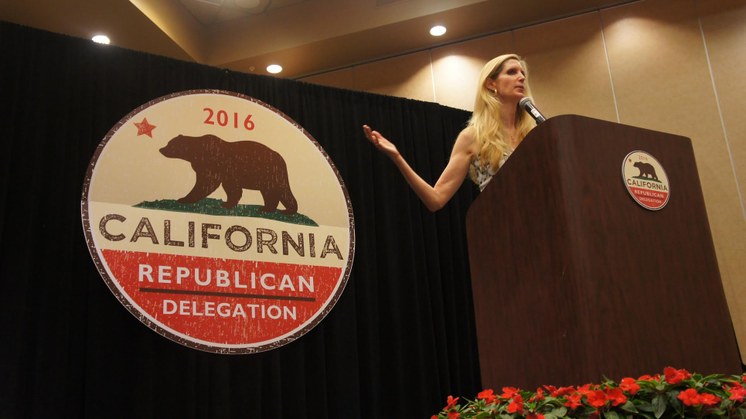 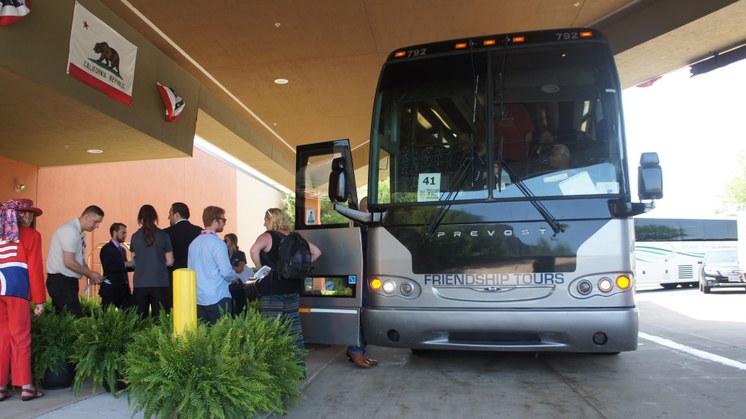 California delegates board the bus for the 60 mile ride to the convention center. Photo: Saul Gonzalez

What Do Foreign Reporters Think of the Republican Convention?

How Do Foreign Reporters Explain Trump?

Wednesday’s RNC theme is Make America First Again, which is making a few foreign observers uneasy. We wanted to see how the convention is playing out abroad. Press Play...

California’s GOP delegation gave Donald Trump a big boost toward officially securing the nomination Tuesday . All of the state’s 172 votes went to Trump.

The Man In Charge of the Balloons

The GOP Convention comes to its climactic end on Thursday night with Donald Trump’s speech. When he’s done speaking, the balloons will drop. One hundred thousand of...

The East Los Angeles neighborhood of Boyle Heights has all the ingredients of a neighborhood undergoing gentrification: new first time homeowners, a bunch of art galleries,...

Garry Marshall, the legendary producer and director of “Happy Days” and “Pretty Woman,” died yesterday. The 81-year-old, who also has credits as a writer and actor, had a...

Last call for pardons All the President's Lawyers