As Secretary of Interior hikes, his staff rolls back regulations 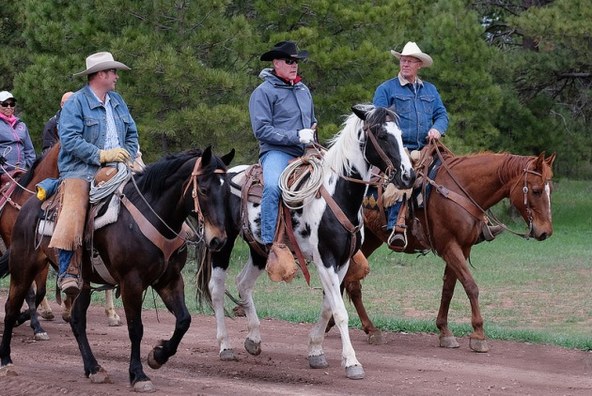 Interior Secretary Ryan Zinke wears cowboy boots and Stetson hats to his office in Washington. He likes to compare himself to Teddy Roosevelt, America's original conservationist. He's been visiting national parks and monuments. Meanwhile, back in Washington, his staff is rolling back Obama-era protections of public lands. That's according to Coral Davenport of the New York Times.

A dramatic defeat for the GOP's health care plan

Does a dying Republican challenge mean new life for Obamacare?

Republicans concede they broke seven years of promises last night when the Senate failed to pass so-called "skinny repeal" of Obamacare. Nobody wanted that exact bill to...

As Secretary of Interior hikes, his staff rolls back regulations