There’s a consensus among sports historians that the world has never seen an athlete like Michael Phelps…going all the way back to the Olympiad of Ancient Greece.  Last night, at the age of 31, he won his 13th Gold Medal in spectacular fashion — during his fifth Olympics.

That’s not to take the spotlight off Simone Manuel, the first black woman American swimmer to win Gold -- while setting an Olympic record.  Mel Stewart, who was called "Gold Medal Mel" as a two-time Olympic champion in 1992, is founder of the sport's leading news website, Swim Swam.  Steward has more on the two Americans who made history of a special kind last night in Rio. 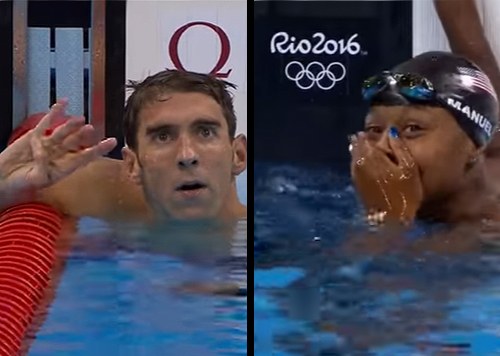 This week has been so bad for Donald Trump that today, when Hillary Clinton made public last year's $10 million income , it caused hardly a ripple. After all, she and Bill...

Airline computer meltdowns: is there any way to prepare?

This week — at the height of the travel season — Delta Airlines had to cancel more than 2000 flights and upset the plans of hundreds of thousands of passengers. When a...

There’s a consensus among sports historians that the world has never seen an athlete like Michael Phelps…going all the way back to the Olympiad of Ancient Greece. Last...