On the same day Donald Trump was elected President of the United States, the nation of India was stunned by a shock of a different kind. On National TV, Prime Minister Narendra Modi announced an end to the two largest and most frequently used bills, the 500 rupee and 1000 rupee notes — which comprise 86 percent of outstanding cash in the country. Was it smart? Reckless? Could the US escape the "curse of cash?" 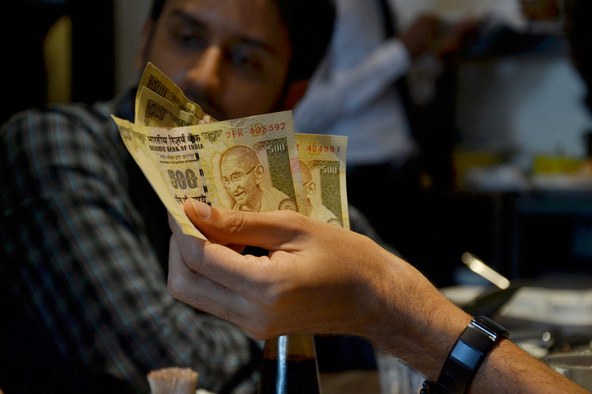 Kenneth Rogoff is professor of economics and public policy at Harvard. His book, The Curse of Cash: How Large-Denomination Bills Aid Crime and Tax Evasion and Constrain Monetary Policy, has just been reissued in paperback.

Can a general 'unchaos' the White House?

President Trump's on a 17-day "working vacation" at his golf club in Bedminster, New Jersey. Back at the White House, Chief of Staff John Kelly, the former General,...

On the same day Donald Trump was elected President of the United States, the nation of India was stunned by a shock of a different kind. On National TV, Prime Minister...

END_OF_DOCUMENT_TOKEN_TO_BE_REPLACED
KCRW's Drive to the Future: Today, win front row tickets to the Sound Mind drive-in music festival featuring All Time Low, Fitz & The Tantrums, Charlotte Lawrence, and more! PLUS a portion of your donation goes to Inner City Law Center who provides free, high-quality legal representation to LA's precariously housed and those experiencing homelessness.
Give Now
Give Now