Hillary Clinton is on a book tour, Democrats are not happy 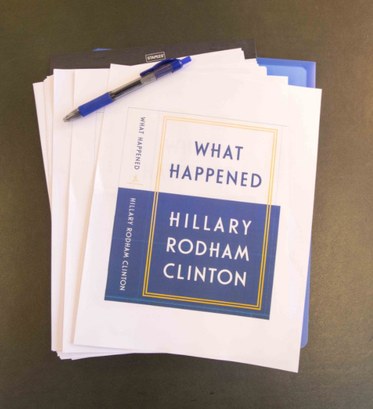 "What happened." That's not a question, but a statement… and it's the title of Hillary Clinton's new book about last year's loss of the presidential election to the unlikely Republican winner, Donald Trump. It'll be out next week and is already topping advanced best-seller lists. But elected Democrats, party officials and campaign operatives are dreading the publicity and the months-long book tour to come. That's according to Edward-Isaac Dovere, senior White House correspondent for Politico.

Category 4 Hurricane Irma is US-bound, are we prepared?

Trump, and the ChuckAndNancy Show

At a bipartisan Oval Office meeting yesterday, President Trump stunned fellow Republicans by making a debt-limit deal with the Democrats. This morning, he followed up with...

Are we ready for natural disasters to come?

After hammering Puerto Rico and devastating other Caribbean Islands, Hurricane Irma is heading northwest toward Florida. Disaster experts are watching to see if the East...

Hillary Clinton is on a book tour, Democrats are not happy

"What happened." That's not a question, but a statement… and it's the title of Hillary Clinton's new book about last year's loss of the presidential election to the...

END_OF_DOCUMENT_TOKEN_TO_BE_REPLACED
KCRW's Power in Numbers Drive: Today is your LAST DAY to count yourself in! We need 500 supporters to donate by MIDNIGHT TONIGHT to help us unlock $25,000, generously provided by KCRW Board Member Susan Wright.
Give Now
Give Now