All summer long, Donald Trump has used populist language to describe a tax plan he finally announced today. He described what he calls his "zero rate" tax plan as simple, easy, fair and "graduated so as you get up in income… the economy will grow rapidly." He continued, "This is actually a tax reduction -- a big tax reduction – including for the upper income… they'll end up doing better." So does the plan live up to his own promises? Josh Barro writes for New York Times' Upshot Blog. He's also host of KCRW's Left, Right and Center. 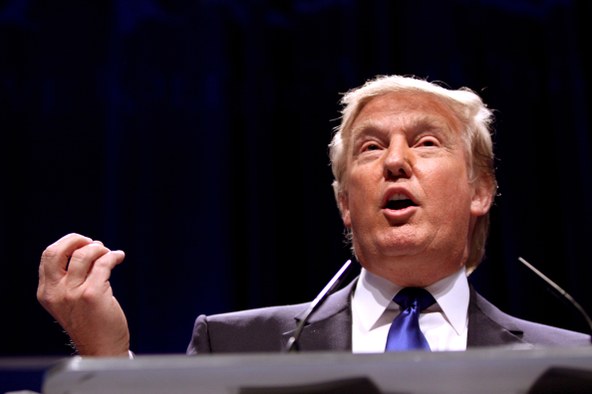 Not all the water on Mars was frozen in polar icecaps billions of years ago. Photographs taken from NASA's Reconnaissance Orbiter reveal that there is liquid water, even...

On the 70th anniversary of the United Nations, Presidents Obama and Putin both said today that diplomacy, not force, is the hope of the future. Each accused the other of...

All summer long, Donald Trump has used populist language to describe a tax plan he finally announced today . He described what he calls his "zero rate" tax plan as simple,...

END_OF_DOCUMENT_TOKEN_TO_BE_REPLACED
KCRW's Drive to the Future: Today, win front row tickets to the Sound Mind drive-in music festival featuring All Time Low, Fitz & The Tantrums, Charlotte Lawrence, and more! PLUS a portion of your donation goes to Inner City Law Center who provides free, high-quality legal representation to LA's precariously housed and those experiencing homelessness.
Give Now
Give Now