Today's headline in a Russian sports magazine asks, "Are they taking Rio away from us? It's a reference to yesterday's report about Russia's systematic doping of world-class athletes and calls for banning Russians from next summer's Olympics in Rio de Janeiro. A spokesman for President Vladimir Putin says there's "no evidence” and that the charges "appear rather unfounded." Alan Abrahamson is a veteran reporter on the Olympic movement and the founder and columnist of the blog 3 Wire Sports. 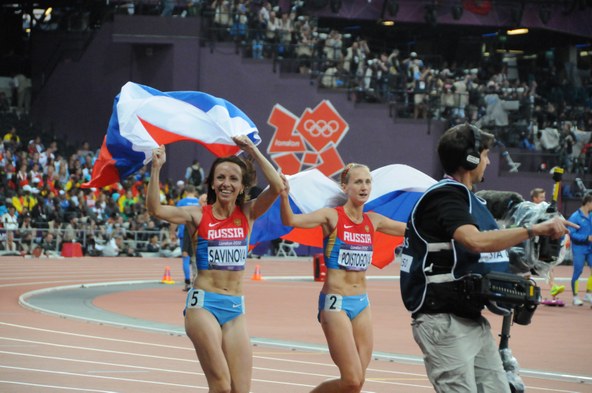 Mariya Savinova et Ekaterina Poistogova take the Gold and Bronze in the 800 meter race at the 2012 Olympics
Photo:  Citizen 59

Does the US-Israel Relationship Need Mending?

Workers are striking today in New York City, chanting, "If we don't get it…shut it down." What they're demanding is $15 an hour for fast food workers and many others as well...

Benjamin Netanyahu's latest visit to Washington may or may not lead to better relations during and after the presidency of Barack Obama. After yesterday's closed-door White...

Today's headline in a Russian sports magazine asks, "Are they taking Rio away from us? It's a reference to yesterday's report about Russia's systematic doping of...