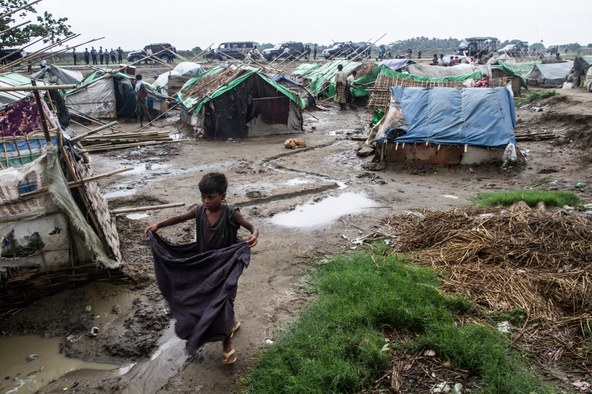 The government of Myanmar says 176 of 471 Rohingya villages are now empty since their Muslim residents — persecuted by the Buddhist majority and the military -- have fled to neighboring Bangladesh. But Myanmar’s de facto leader, Sung San Suu Kyi has not denounced the ongoing violence. In her Nobel Peace Prize lecture, delivered in 2012 after years of house arrest since she won the award in 1991, Suu Kyi said, "Ultimately our aim should be to create a world free from the displaced, the homeless and the hopeless, a world of which each and every corner is a true sanctuary where the inhabitants will have the freedom and the capacity to live in peace." Joshua Kurlantzick, senior fellow for Southeast Asia at the Council on Foreign Relations, reports on the plight of this persecuted ethnic minority.

Six people, three of them in their 70s died in a Hollywood, Florida nursing home that had no air conditioning after Hurricane Irma knocked out power and disabled a back-up...

Is net neutrality about to come to an end?

The Federal Communications Commission calls it " restoring Internet freedom ," but whose "freedom" is the FCC talking about? AT&T, Verizon and other broadband providers are...

Photo by Steve Gumaer The government of Myanmar says 176 of 471 Rohingya villages are now empty since their Muslim residents — persecuted by the Buddhist majority and...