People in Argentina took to the streets on Monday over the shooting death of Alberto Nisman. He'd been scheduled to testify that day about accusations against President Cristina Fernández de Kirchner. She first claimed Nisman's death was a suicide — but today she's saying otherwise. 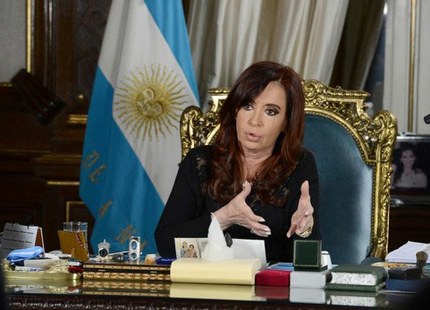 For 10 years, Alberto Nisman investigated the bombing of a Jewish center in Buenos Aires that killed 85 people. He claimed that Iran orchestrated the incident—and that President Kirchner was part of a cover-up. Nisman was shot to death one day before he was scheduled to present evidence to lawmakers. Taos Turner, who is reporting from Buenos Aires for the Wall Street Journal, picks up the story.

It's been working to help the US recover from the Great Recession, now Europe is trying what's called "quantitative easing." Today, Central Bank President Mario Draghi...

The Politics of Abortion: Back on Capitol Hill

On this 42nd anniversary of Roe v. Wade, the annual March for Life got under way with expectations that the House would pass restrictions on late-term abortions. But...

People in Argentina took to the streets on Monday over the shooting death of Alberto Nisman. He'd been scheduled to testify that day about accusations against President...