After the re-election of America's first black president, Alabama and other states want the US Supreme Court to throw out a key section of the Voting Rights Act. It requires states and localities with histories of racial discrimination to check with the Justice Department when they change voting laws. Democrats and Republicans extended it almost unanimously in 2006, and George W. Bush signed the new law. But in a case financed by a shadowy conservative fundraiser, states claim they're being punished for sins of the past. Do last year's elections tell a different story? The Supreme Court will hear arguments next week. Did Chief Justice Roberts invite the challenge? 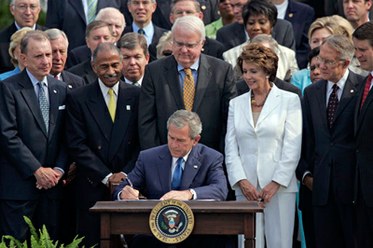 Ask a Tortilla Expert: Where can I get the best everyday tortilla? Good Food Oct 22

'The Searchers' in History and on Screen

On a Spring day in Texas in 1836, a band of Comanche raiders attacked a white settlement and made off with five captives, including nine-year-old Cynthia Ann Parker. She...

Just yesterday, the US Supreme Court agreed to review another controversial issue: limits on individual campaign contributions over two-year election cycles. The court is...

After the re-election of America's first black president, Alabama and other states want the US Supreme Court to throw out a key section of the Voting Rights Act . It...

END_OF_DOCUMENT_TOKEN_TO_BE_REPLACED
KCRW's Power in Numbers Drive: Today, your dollars will be doubled up to $25,000, thanks to the generosity of Paul & Renee Haas.
Give Now
Give Now