The National Parks have been called "America's best idea" but, on their hundredth anniversary, they're faced with troubling questions. Will Congress make up a $12 billion deficit for maintenance and repair? Are the parks serving just a fraction of a young and diverse population? 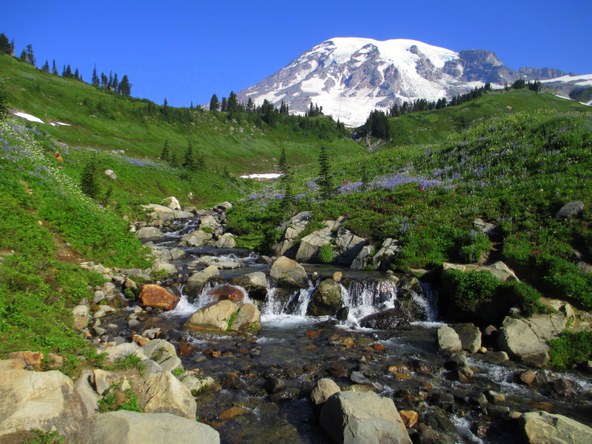 The National Parks' official 100tth anniversary was yesterday, and the Park Service will be celebrating all through this coming weekend. Admission will be free to 400 sites on 85 million acres in the 50 states and territories. That includes 58 full-scale National Parks as well as monuments and other protected areas. But who are the visitors likely to be — now and in the future? And what will they find?

Hillary Clinton and the Clinton Foundation: what's the dividing line?

As of today, a ban on body-covering burkinis for Muslim women has been overturned in one beach town on the French Riviera. An incident last week produced a photograph that...

Hillary Clinton and the Clinton Foundation: what's the dividing line?

The Clinton Foundation's raised more than $2 billion since 2001. Among other good works, it's widely praised for helping to prevent or control outbreaks of HIV. Potential...

The National Parks have been called "America's best idea" but, on their hundredth anniversary, they're faced with troubling questions. Will Congress make up a $12 billion...