Human activity: as damaging as an asteroid 66 million years ago, an asteroid caused Earth’s Fifth Extinction, destroying the dinosaurs and most other life forms. Now Earth is facing another extinction, as fish, plants and animals vanish forever. But this time, it’s not the asteroid, it’s us.

This week, hundreds of people, both young and old, took to the streets in cities all over the world to begin weeks of protest called the Extinction Rebellion.

In the natural course of evolution, the decline and disappearance of a life form takes thousands of years. In the course of a human lifetime, not even one species might disappear. But now, some 28,000 species are vanishing all of a sudden.

Elizabeth Kolbert of the New Yorker magazine has written a book called “The Sixth Extinction.”  She says, “Extinction rates are hundreds, perhaps thousands, of times higher than what is known as the background extinction rate that has pertained over most of geological history.”

In her words, “You should not be able to see all sorts of mammals -- to name just one group -- either going extinct or on the verge of extinction. And that is a tipoff that something very, very unusual, and I would add, very dangerous, is going on.”

“We’re running geological history backwards. Fossil fuels that were created over the course of hundreds of millions of years buried a lot of carbon underground. We’re now combusting it, putting that carbon back into the atmosphere over a matter of centuries.  So we’re taking a process that hundreds of millions of years to run in one direction and then, in a matter of centuries, running it in another direction.”

We’ll hear what that means now and for the future of life as we know it. 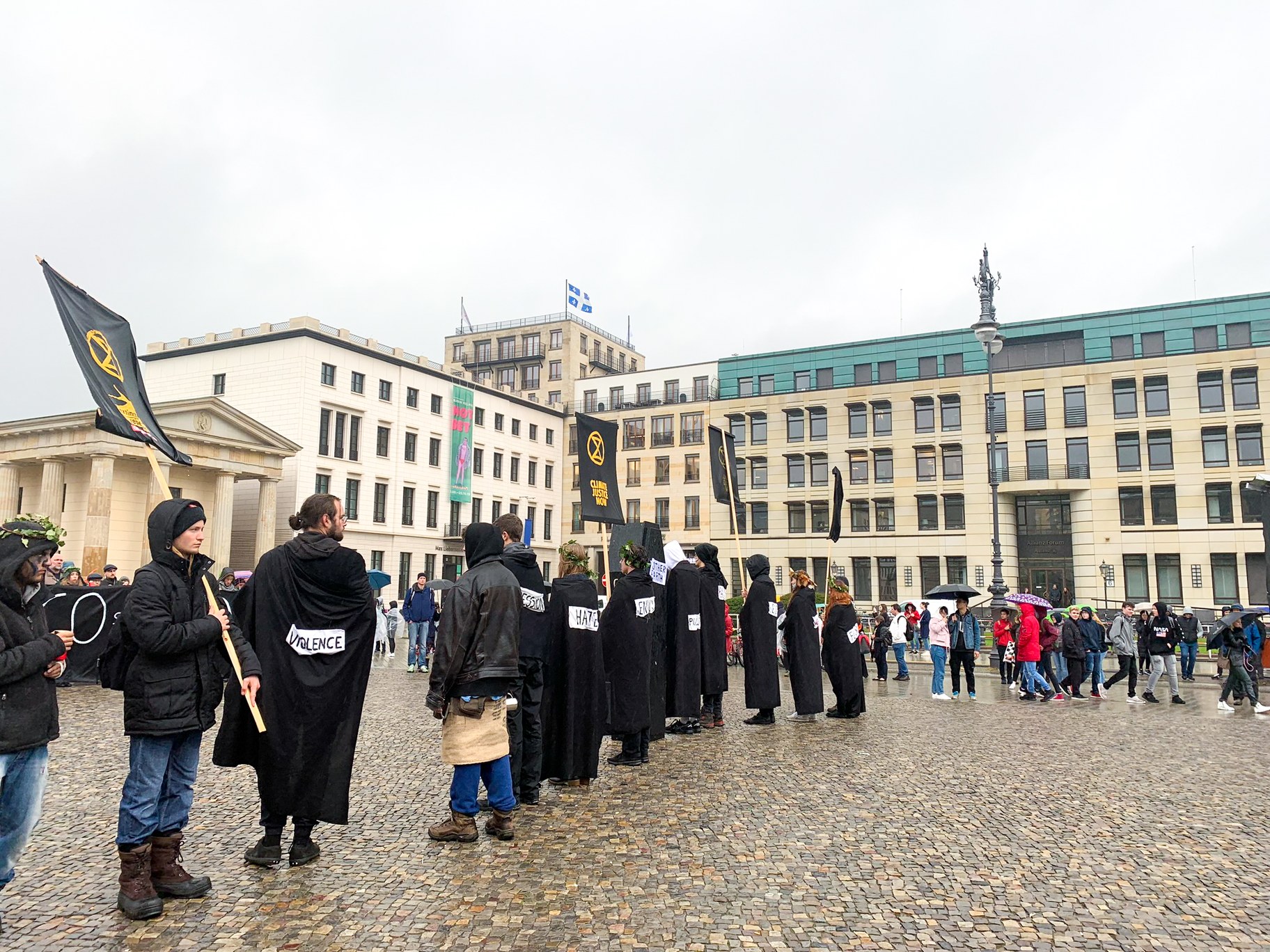 A piece of political performance art: a funeral procession for Mother Nature in front of Brandenburg Gate in Berlin, Germany, October 2019. Photo by Brittany Tyson O'Keefe.