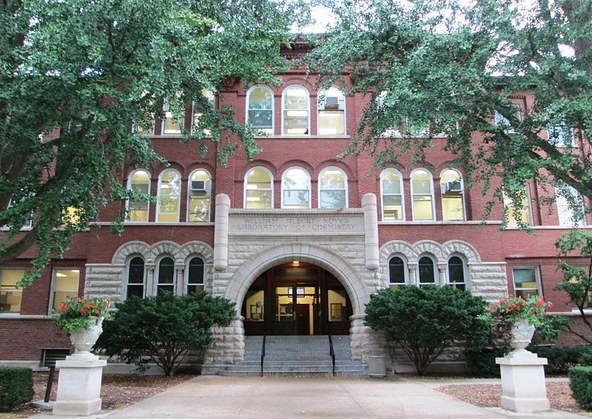 Since the Great Recession and the start of the Obama Administration, the federal government has been cutting back on basic research grants to public universities. In the Midwest, that's bad for the economy. Internationally, it's a decline of American leadership, especially compared to China. That's according to Jon Marcus, higher-education editor at the Hechinger Report. He's written about it recently in the Atlantic.

Sifting through the ashes: Cleanup and questions after the fires

Former President George W. Bush has hardly been heard from for 10 years. But today in New York, he delivered a scathing speech about the current state of American...

First the inferno, Now the clean-up. What then?

The blazes in Northern California are being called "firestorms," "hurricanes" and "blizzards of flame." They've been compared to a "blowtorch." In a state where wildfires...

The William Albert Noyes Laboratory of Chemistry University of Chicago at Urbana-Champaign Photo by Beyond My Ken Since the Great Recession and the start of the Obama...