It's been a month since public allegations of sexual harassment, including assault and rape, began against Movie mogul Harvey Weinstein. Since then, a flood of similar accusations has tarnished a host of Hollywood figures, politicians in Sacramento and Washington — and at least one executive at NPR in addition to Fox News. 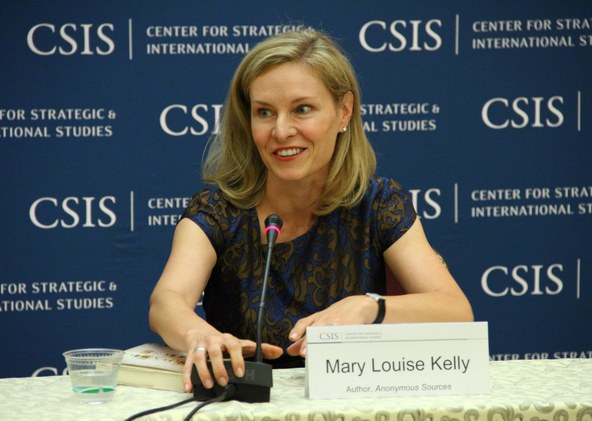 NPR host Mary Louise Kelly is among those women pressing
their boss about complaints of sexual harassment.
Photo courtesy of CSIS

Ann Friedman is co-host of the podcast Call Your Girlfriend and a contributor to the Los Angeles Times and New York Magazine.

Guest:
Ann Friedman - co-host of the podcast “Call Your Girlfriend” and co-author of the new book “Big Friendship: How We Keep Each Other Close” - @annfriedman

The winners and losers of the GOP tax reform bill

After years of promises, Republicans fill in the blanks

The new House tax reform bill is supposed to save money for "average" Americans. Speaker Paul Ryan calls the new Republican tax cuts "a windfall for the middle class."...

It's been a month since public allegations of sexual harassment, including assault and rape, began against Movie mogul Harvey Weinstein. Since then, a flood of similar...