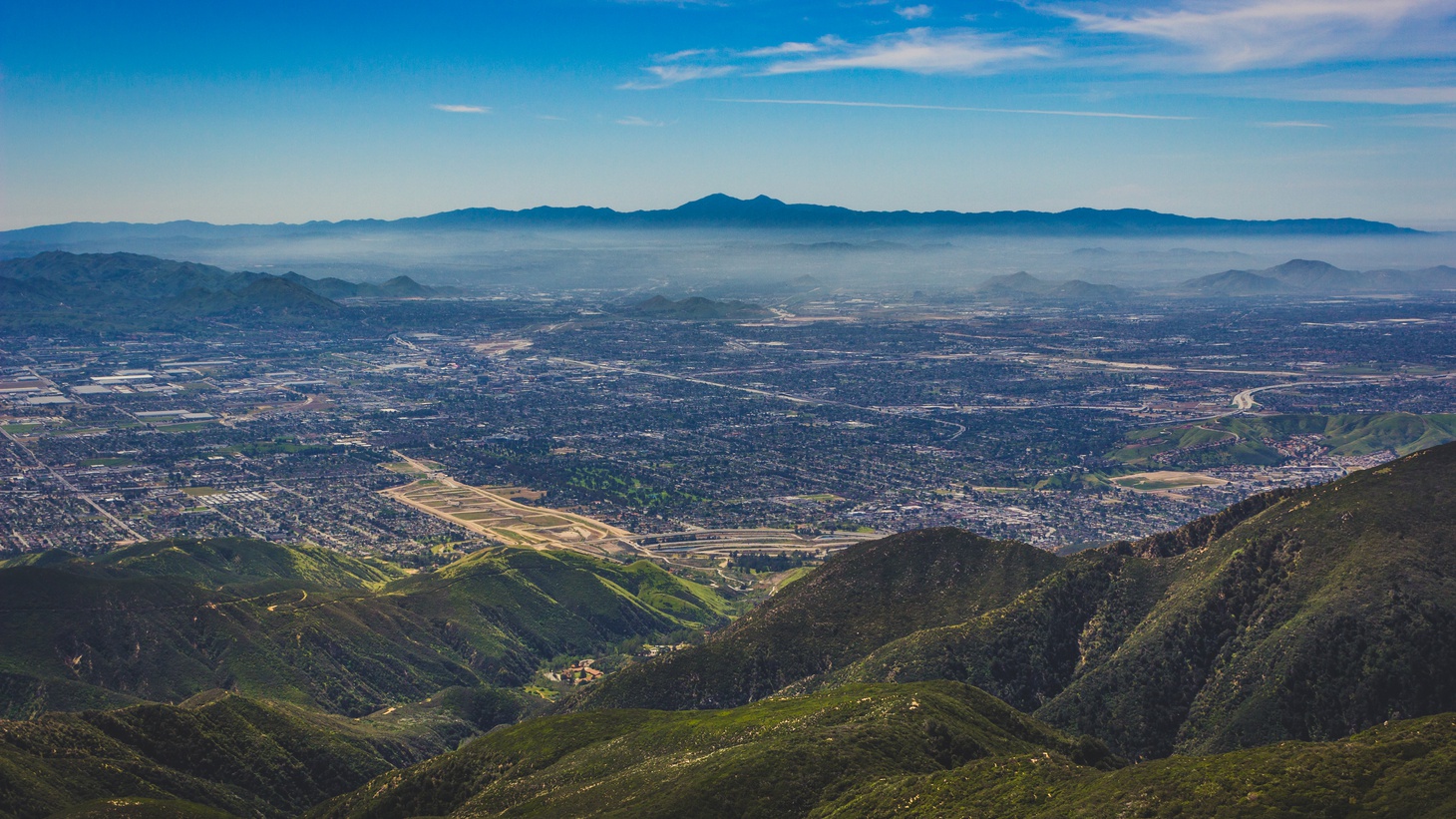 San Bernardino County has a bigger population than many states, and there is a movement afoot to leave California. Photo by Shutterstock.

I understand your desire to leave California.

If you’re a California resident or California entity and you haven’t thought of departure, then you probably don’t belong in the Golden State.

What I don’t understand is why you’re asking your voters to endorse secession on the November ballot and make San Bernardino County its very own state.

Because your biggest problem is that you’re too much like an American state.

Already you’re the size of one. You are the largest county in the U.S. by area, as big as West Virginia, and occupying more land than New Jersey, Connecticut, Delaware and Rhode Island put together. With nearly 2.2 million people, you have more residents than New Mexico, and 14 other states.

You have many of the problems of an American state. You are politically polarized and thus hard to govern, with no clear majority party. You’re plagued by economic inequality that matches that of Venezuela. And you’re geographically divided into regions that have little in common with one another.

Most of your people are packed into dense urbanized areas in your southwest corner, which is part of suburban, metro Los Angeles. Another 400,000 residents live in the exurbs of the Victor Valley desert. The rest occupy your interior mountains and deserts.

Now, I know the people leading your secession push — county supervisors, real estate developers — imagine that statehood will free you from Sacramento’s edicts. But don’t they read the papers? American states, and especially California, are increasingly at the mercy of a massively powerful, ever-expanding federal government.

It's surprising that you don’t understand this, because you, San Bernardino County, have long lived under the federal thumb. Indeed, with all your wilderness areas, more than 80% of your land is owned by the U.S. government. So, statehood will only make you more of a D.C. colony, since you won’t have California to fight the feds on your behalf.

If you really want independence and greater prosperity, you must think bigger: Why not become your own nation? That way, all that federal land would become yours to develop. And you could invest more in yourself if you could print your own money, which I presume would be called the ‘dino.

Such a country could attract new residents, including this columnist. Given America’s decline, and the fact that my mom is a county native and that her family — from retired school teachers in Redlands to truck drivers in Apple Valley — remain residents, I could imagine immigrating to Loma Linda and seeking citizenship in your new nation.

Sadly, it’s never going to happen. The politics of secession require the approval of too many divided American institutions. Which is why we’ll never enjoy the spectacle of a delegation from your national capital — Barstow? — arriving in Brussels to demand NATO membership.

So, you’ll need this second option:

Don’t split from the state of California. Instead, split yourself up.

Since you hate being a county, why not sell yourself off, in pieces, to your neighbors? You’d find plenty of takers. California is overdue for a resetting of its county boundaries, which were mostly determined back in the late 19th century.

Many of your communities might do better under different management. Your cities near your western border, from Chino Hills up to Victorville, should return to Los Angeles, where they could be more easily linked to the growing Metro transit system.

Your mountain resorts and the cities on your southern border, including San Bernardino itself, might become more prosperous by joining up with Riverside County, which has been more successful economically than you for the past two generations.

You could pass off your empty desert precincts — everything north of Interstate 40 — to Inyo or Kern Counties, which know how to govern empty spaces. And, to boost your housing supply, you could deed your border land to Nevada’s Clark County, which could build even more Las Vegas suburbs on it.

Some might call this the end of your county, but it actually would be a new beginning. Your communities would find themselves with new possibilities. And you’d spare yourself the indignities of being a California county, or an American state.