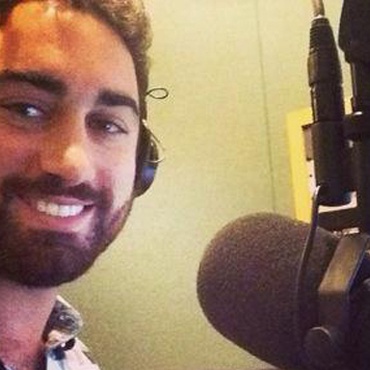 Benjamin Gottlieb is an Emmy award-winning reporter and host based in Los Angeles, California. He covered business for KCRW Public Radio with an emphasis on immigrant-run enterprises, entrepreneurship and innovation. He is also an adjunct professor of journalism at both Loyola Marymount University (LMU) and Cal State University, Northridge where he teaches broadcast reporting, recording and editing audio, podcasting and web design for journalists. Benjamin has visited more than 40 different countries for both work and pleasure. He has been awarded several reporting grants, including the Knight Foundation grant for Religion Reporting in Northern India and was a Korea fellow with the East-West Center. Inflation rose nearly 7% from last year and most businesses have passed their price hikes on to customers. What happens when those consumers can’t afford more? How LA patients and doctors are grappling with long COVID

It’s been nearly two years since the pandemic began. While the worst seems to have subsided, some COVID patients continue to suffer from mysterious symptoms. It promises to be another exciting season at Chavez Ravine as the Dodgers start the 2022 campaign as the clear favorite to win the World Series. Chronic illnesses are frequently dismissed because they’re hard to diagnose and treat. Could the emergence of long COVID open the door for new research? Masks may have come off, but COVID subvariant still spreads

LA county’s public health director says while people like complaining about getting another booster, it’s quick and comes with zero to mild side effects. Fight over mask-wearing is not over. Who should decide?

Panelists discuss who should make the rules about masking, whether America is doing enough to ease the war in Ukraine, and what kinds of lessons kids should receive on gender. Across Los Angeles County, few people are showing up at COVID vaccination drives even though nearly 2 million residents remain unvaccinated.