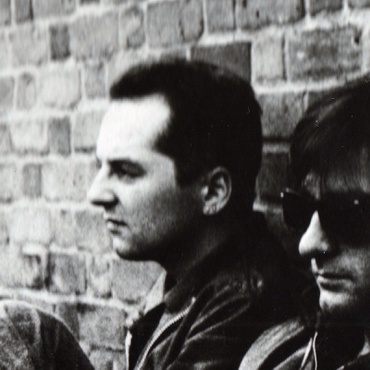 David Newton was the guitarist and co-songwriter for the U.K.'s Mighty Lemon Drops from 1985 to 1993. He subsequently played with the Blue Aeroplanes before relocating to Los Angeles with his wife Bekki in 1995. He then opened a recording studio in Burbank and turned to a career in production, including work for Cerulean, The Little Ones, and The Forty Nineteens. He currently fronts David Newton & Thee Mighty Angels, who released a new album, "A Gateway to a Lifetime of Disappointment," in 2020. With Discovery on the way in, what does the future hold for HBO?

KCRW resumes its conversation with James Andrew Miller, author of “Tinderbox,” the new book about HBO.

Dec. 3 from The Business Brooklyn’s Quinton Brock is a name that might not be on your radar — yet. The story of the National Rifle Association involves infighting and backstabbing, million-dollar corruption, and a red-headed Russian spy. After the breakup of Camper Van Beethoven, former frontman David Lowery ended up in LA as "totally a lost soul," and reconnected with Deirdre for a guest DJ set on “SNAP!”