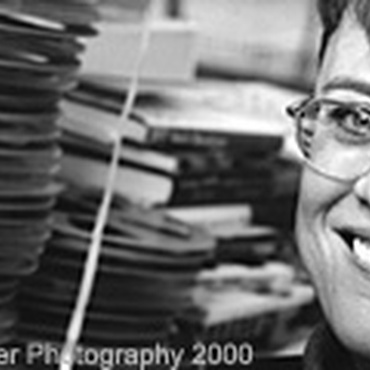 Liane Hansen has been the host of NPR's award-winning Weekend Edition Sunday for more than 16 years. She brings to her position an extensive background in broadcast journalism, including work as a radio producer, reporter, and on-air host at both the local and national level. The program has covered such breaking news stories as the wars in Iraq and Afghanistan, the capture of Saddam Hussein, the deaths of Princess Diana and John F. Kennedy, Jr., and the Columbia shuttle tragedy. In 2004, Liane was granted an exclusive interview with former weapons inspector David Kay prior to his report on the search for weapons of mass destruction in Iraq. The show also won the James Beard award for best radio program on food for a report on SPAM.

Before joining Weekend Edition Sunday in November 1989, Hansen hosted Performance Today, NPR's award-winning daily two-hour classical music and arts information program; and was a regular guest-host for NPR's newsmagazines as well as Fresh Air with Terry Gross. Hansen's association with Fresh Air goes back to 1976, when she was a production assistant and substitute host for the program. In the early 1980s, Hansen was the host of NPR's Weekend All Thing Considered. She came to NPR as a production assistant for All Things Considered in 1979 after contributing stories to "Voices in the Wind" and "Options in Education." Her career in public broadcasting began at WSKG in Binghamton, New York, where she co-hosted the daily newsmagazine For Your Information.

In 2001, Hansen received the National News and Documentary Emmy Award for "She Says/Women in News" (narrator) directed by Barbara Ricks. Hansen was also part of NPR's coverage of Sept. 11, which received the 2001 Peabody Award. She represented Marian High School with honor in Newscasting in the Massachusetts Speech Festival and Debate Tourney (1968-9).

In the mid-eighties, Hansen worked as an archivist in London, England, at the acclaimed Maybox Theatres, where other duties included babysitting Princess Margaret's coat and serving coffee to Sir Richard Attenborough.

A native of Worcester, Massachusetts, Hansen received the key to the city in November of 1980. She attended the University of Hartford in Connecticut, and acted with the Worcester Childrens Theater, Entr'Actors Guild, Footlights Theater Company, and the Fenwick Theater Company at Holy Cross College where she was an assistant to the director of the Theater Division. She made $26 dollars in the professional theater as April in Company at Caesars Monticello in Framingham, Massachusetts. Hansen's voice can be heard on the Emmy-Award-winning TV documentary, "Women In News," as well as the film In Their Footsteps: Lewis and Clark, and many audio books. Her current passions are figure skating, baseball, The Food Channel, tap dancing, and (someday soon) learning how to scuba dive. Jan. 18 from FREAKS ONLY