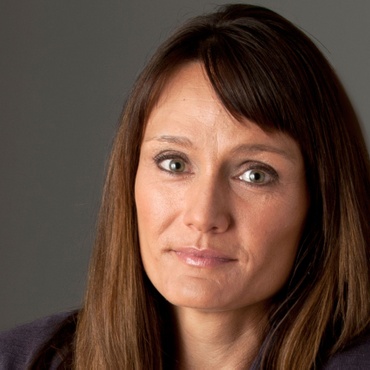 Rachel Martin is host of NPR's Morning Edition, along with Steve Inskeep and David Greene.

Before taking on this role in December 2016, Martin was the host of Weekend Edition Sunday for four years. Martin also served as National Security Correspondent for NPR, where she covered both defense and intelligence issues. She traveled regularly to Iraq and Afghanistan with the Secretary of Defense, reporting on the US wars and the effectiveness of the Pentagon's counterinsurgency strategy. Martin also reported extensively on the changing demographic of the US military – from the debate over whether to allow women to fight in combat units – to the repeal of Don't Ask Don't Tell. Her reporting on how the military is changing also took her to a US Air Force base in New Mexico for a rare look at how the military trains drone pilots.

Martin was part of the team that launched NPR's experimental morning news show, The Bryant Park Project, based in New York — a two-hour daily multimedia program that she co-hosted with Alison Stewart and Mike Pesca.

In 2006-2007, Martin served as NPR's religion correspondent. Her piece on Islam in America was awarded "Best Radio Feature" by the Religion News Writers Association in 2007. As one of NPR's reporters assigned to cover the Virginia Tech massacre that same year, she was on the school's campus within hours of the shooting and on the ground in Blacksburg, Vairginia, covering the investigation and emotional aftermath in the following days.

Based in Berlin, Germany, Martin worked as a NPR foreign correspondent from 2005-2006. During her time in Europe, she covered the London terrorist attacks, the federal elections in Germany, the 2006 World Cup and issues surrounding immigration and shifting cultural identities in Europe.

Her foreign reporting experience extends beyond Europe. Martin has also worked extensively in Afghanistan. She began reporting from there as a freelancer during the summer of 2003, covering the reconstruction effort in the wake of the U.S. invasion. In fall 2004, Martin returned for several months to cover Afghanistan's first democratic presidential election. She has reported widely on women's issues in Afghanistan, the fledgling political and governance system and the US-NATO fight against the insurgency. She has also reported from Iraq, where she covered U.S. military operations and the strategic alliance between Sunni sheiks and the U.S. military in Anbar province.

Martin started her career at public radio station KQED in San Francisco, as a producer and reporter.

She holds an undergraduate degree in political science from the University of Puget Sound in Tacoma, Washington, and a Master's degree in International Affairs from Columbia University. The weekend is almost here! Join us as we dive into Jamie Branch's new material

Jamie Branch is at the forefront of jazz.

May. 14 from Morning Becomes Eclectic Live music returns to the Hollywood Bowl and we are excited!

May. 12 from Morning Becomes Eclectic NBC announced it will not air the Golden Globes in 2022.

May. 14 from Hollywood Breakdown Hemp’s designer drug: Why delta-8 is flying off shelves

Delta-8 is stirring up the cannabis industry, and some people don’t exactly consider it weed or CBD. Nonetheless, you can still smoke, vape, and eat it.

May. 14 from KCRW Features In Our Backyard No. 4: Fire is part of California’s natural landscape. We’ll always be waiting for the next, inevitable smoke out

Native Californians used fire to fight fire for thousands of years, but the cultural burning was virtually banned when settlers arrived.