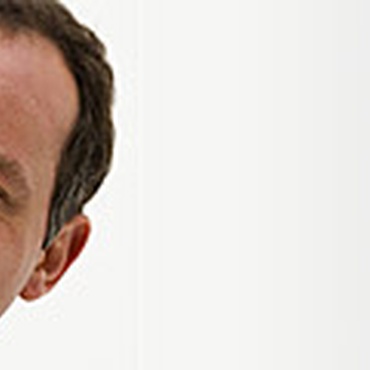 By age 14, Scott Jagow had no doubt what he would do with his life.

He would be a lumberjack. I mean, an astronaut. A seismologist. No, make that a journalist. Definitely, a journalist.

Besides assuring a lifetime of low wages, that decision has also brought many rewards.

During his career in radio and television, Scott has been blown over by hurricanes and a lot of political hot air. He’s also covered the Olympics, hosted a presidential debate and stuck his microphone in a few places you probably shouldn’t stick a microphone. He’s interviewed hundreds of people — from presidents to people who wanted to be president.

Before arriving at Marketplace, Scott was a host and reporter at WFAE, the NPR station in Charlotte, North Carolina. He also worked as a producer for NBC News - at the NBC News Channel in Charlotte - and as a local television reporter at WECT.

Scott graduated from the University of North Carolina at Chapel Hill with a degree in journalism and college basketball.

He has won several national honors for his reporting, including a National Headliner Award, an Edward R. Murrow Award and the Society of Professional Journalists’ Award for Public Service.

When he’s not working in the middle of the night at Marketplace, Scott plays guitar and soccer, likes to travel and write fiction and watch his beloved Buffalo Bills. Jan. 14 from FREAKS ONLY Fanatic! I hope you’ve been well and hitting all your marks. Lots of great music happening and more to look forward to. How cool is this, new Young Prisms and Guerilla Toss albums.