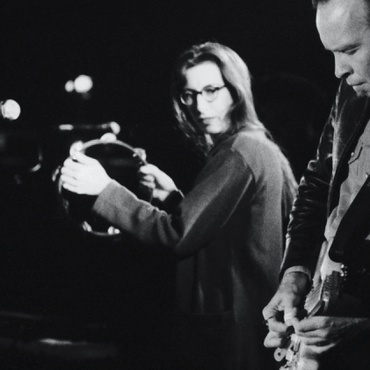 Syd Straw is a singer/songwriter and guitarist. Straw grew up in Los Angeles, but after high school moved to Manhattan to pursue a job singing harmonies, joining Pat Benatar as a backup singer. She then became known for bringing her distinct voice to the Anton Fier-led cult band the Golden Palominos in the 1980s. In 1990, she released her solo album "Surprise," featuring collaborations by Michael Stipe (R.E.M), John Doe (X), Ry Cooder, Daniel Lanois, Don Was, Richard Thompson, and Marshall Crenshaw. In 1996, she released the album "War and Peace ," cementing her as a blues- and folk-rock staple. While promoting it and touring, she lent her musical sensibilities to records by Vic Chesnutt, Wilco, Rickie Lee Jones, David Sanborn, and Evan Dando. She released a third album, "Pink Velour," in 2008. Believe it or not, Los Angeles funk outfit War began their musical revolution 50 years ago, churning hit after hit with songs like “Low Rider,” “The World Is A Ghetto,” and a bevy of…