KCRW’s January Volunteers of the Month!

Where did you grow up and are you an only child?
KB:I grew up in Northern California, in Palo Alto. I have one brother and two half sisters.
DL: I grew up in Brentwood before Brentwood was a well known place. My parents actually still live in the house I grew up in. I have an older brother and older sister. I have 3 children of my own: A boy aged 15, another boy aged 13 and a daughter aged 9.

What is your current occupation?
KB: I don’t have a paying job. I have kids, so I do a lot of chauffeuring, cooking and other household maintenance sort of stuff.
DL: I am a Creative Manager at a music licensing company called Zync Music. We rep cool indie bands and get them placed in commercials, movies, trailers, tv shows and video games. Many of the bands we represent are in rotation here at KCRW so my job has a nice crossover effect.

What is your fantasy occupation?
KB: I worked for about 12 years after college in Marketing and Business, which I loved. I’ve been a full-time Mom in my second career and have loved that. I’ll be ready for my next career in a few years and I’m trying to figure out what that should be. Maybe a producer at KCRW!
DL: Hmmm, that’s tough. Well I love France and Paris in particular. Maybe one day I’ll live there and rep cool indie French bands for music placement in America? I also love KCRW. Perhaps eventually working here in some capacity would be fun as well! I would also love to be a perfumer.

When did you first discover KCRW?
KB: Probably back in the early ’90s. I had a bit of a commute.
DL: I’ve known about it for quite a while, but I’d have to say back in the day when Chris Douridas was the host of Morning Becomes Eclectic and he brought Portishead into my world, that was a life changer for me! I’ve been hooked ever since!!!

How did you find your way to our station for volunteering?
KB: I had a sweatshirt with the words “International News” on it. I always thought how cool it would be to work for a paper or magazine with that name. I was driving down Wilshire Blvd. in Santa Monica, listening to NPR, and I realized I could be a part of something connected to the world in a similarly interesting way. I went home and applied on-line. I got a form letter ‘rejection’ saying there were no spots available, but they would keep my application on file. I was shocked six months later when I got a call. I remember the moment I decided I wanted to be a KCRW volunteer in such detail because it was a really clear moment for me.
DL: I had wanted to volunteer here for quite a while and I was going through some big life changes. I had filled out the email volunteer form but for some reason wasn’t being notified that it had been received. I called the station and they said they had been having some problems with the submissions and to try again soon. I decided to come down and introduce myself, and fill out a form here. I remember Rachel Reynolds being kind enough to take a second and talk to me, telling me to contact Connie Alvarez. When I first volunteered I was here 2 days a week.

What’s your current volunteer position and how long have you been at it?
KB: I’ve been working the Monday morning 9-noon shift in the main office for about 5(?) years. I just started helping out in the Underwriting Department. I also do events from time to time.
DL: I am a front desk volunteer. I field calls and do whatever needs to be done. Occasionally I transcribe the Guest DJ Project interviews. When I had more time, before I had my job at Zync, I occasionally was a studio volunteer during MBE and other DJ shows. I also briefly worked on a web series here at KCRW with Nic Harcourt when he was here. I’ve been here quite a while! 6 years!

Favorite volunteer moment?
KB: Catering for the K.D. Lang ‘Sessions’ concert
DL: Hmmm. There are quite a few. But perhaps it was seeing MGMT live in studio. That was a special moment. I had never seen them before and seeing them live with such a small, close knit group of people was special.

If you could get on the mic and say one sentence on the air, what would it be?
KB: Support KCRW
DL: Be grateful.

What song have you hit repeat on lately?
KB: My husband and son control the music and they have great taste – but I usually don’t know who it is. My son plays his own original music, and I like that too. *:) happy
DL: I frequently will hear a song on KCRW while I am in my car and I will take note of the time and remember to go to the on air playlist later to find out who that was. Most recently it was Seu Jorge’s “Una Mujer,” an absolutely gorgeous song.

Favorite book, movie?
KB: Panorama City, by Antoine Wilson. I found it in the bookshelf at KCRW. I loved it.
DL: I can’t say I have a favorite book. I was an English major and there is just too much out there! I recently got a list of 100 books to read in one’s lifetime from a friend of mine and he added 100 more that are more “modern.” Of course I have read some of them on the list and not all of them are properly represented of course, but I’ve basically been going through and checking things off. I am currently reading Proust’s classic, Swann’s Way. One that I had read from the list that I thought was absolutely phenomenal was Blindness by Jose Saramago.

What does KCRW mean to you?
KB: KCRW is a place where interesting people are doing interesting things. That’s what I want to be a part of.
DL: It broadens my perspective.

Clearly, Danielle and Karen have better things to do with their time, being that they’re both extremely talented and business savvy.  Lucky for us, they have considered us worthy of that time, and we hope we’ve been able to make good. If anything, we definitely have become part of each others extended families.  Right ladies? 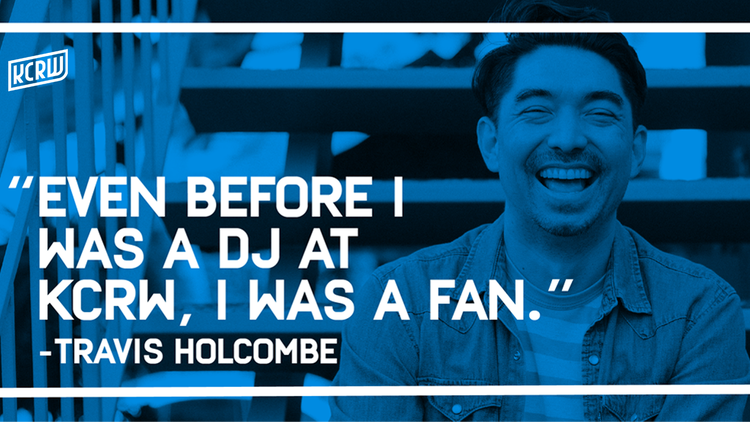