A major retrospective of artist Ree Morton permanently closes this week at the Institute of Contemporary Art Los Angeles (ICA LA) after being shuttered through the pandemic. Willa Wasserman uses metalpoint to create undefinable spaces. A museum curator at the San Francisco MOMA resigns over an Instagram post calling out his discriminatory remarks during a staff presentation. 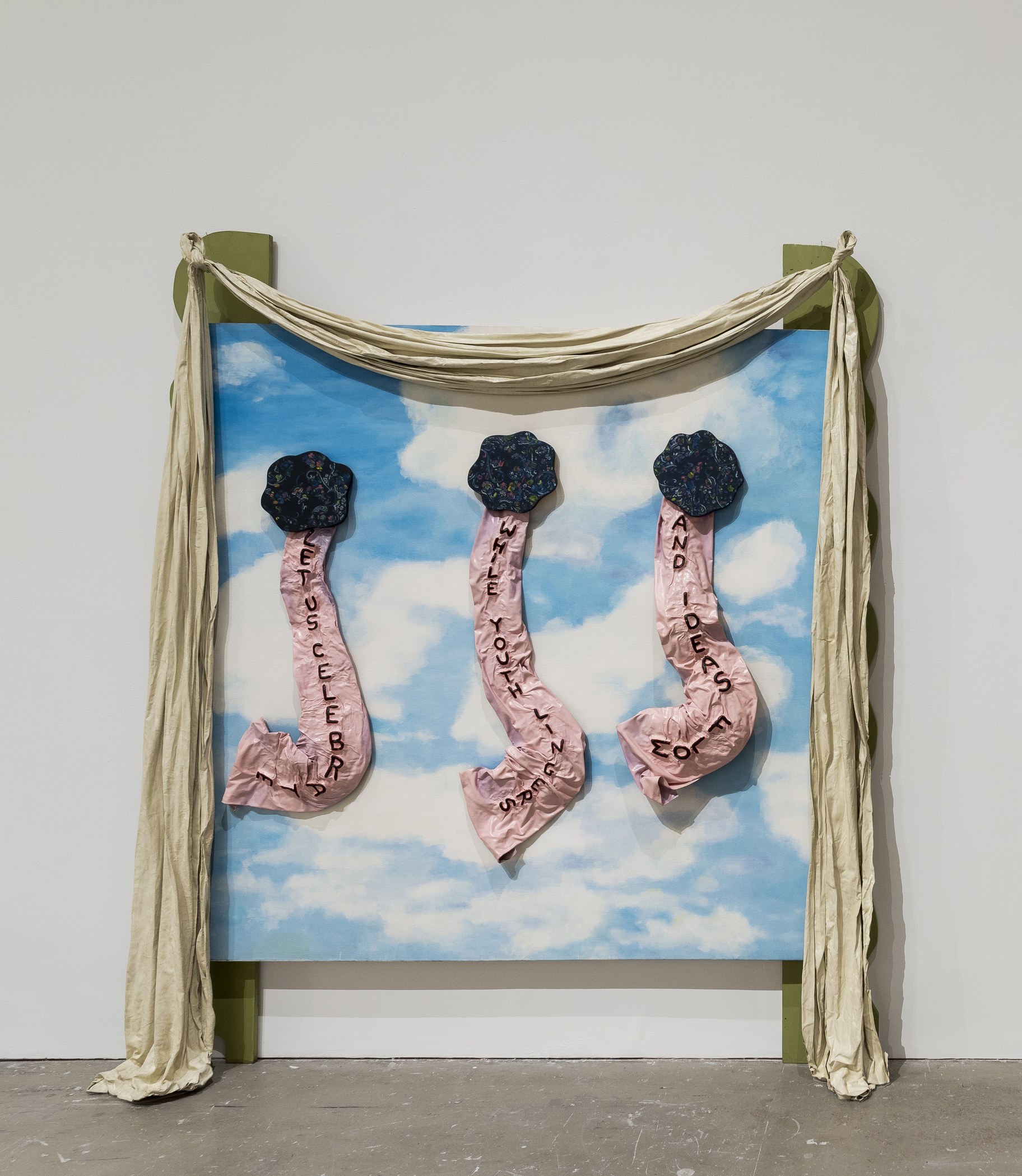 When the Ree Morton retrospective, “The Plant that Heals May Also Poison,” closed in March due to government shutdown orders, I was devastated that I didn’t get to see the show in person. As a graduate student, I learned about Morton’s work and encountered it only through grainy photographs of exhibitions from the ‘60s and ‘70s. (She passed away in ‘77 after a short 10-year career.)

The opportunity to have a collection of Morton’s work under one roof is rare. This exhibition (from the Institute of Contemporary Art, University of Pennsylvania) is the first major U.S. show of her work in more than four decades. The museum extended the exhibition’s run past its original end date due to the pandemic. But there are constraints of loan agreements and upcoming programming that prevent them from extending the show any longer. That means the exhibit will close at the end of this week.

I was able to arrange a special visit last week. It was a memorable experience, especially because I didn’t see much artwork in person over the last several months.

The ICA LA describes Morton’s practice as “reimagining tropes of love, friendship, and motherhood, while radically asserting sentiment as a legitimate subject of artmaking.”

A prime medium for Morton was celastic — a fabric that is embedded with plastic and malleable when wet. In many ways, the material was in direct contrast to the minimal and sleek materials (concrete, steel, hard plastics) used by her male colleagues at the time. Forming celastic into loose bows and flowers was a direct feminist gesture, and an affront to harsh minimalist forms that were celebrated during the period.

Morton would pull in experiences from her own life (as an ameteur botanist and mother and teacher) into her art making. References to specific plant species, or names of children and students, would unabashedly enter her work.

A handful of Morton’s works at the ICA LA do engage with minimalist forms and methods — such as squares and rectangular objects to demarcate space. She also softened edges, used canary yellow, and introduced dotted lines as opposed to solid ones. All of this bends the harsh boundaries that the minimalist artists worked so hard to define, and insists on loose boundaries that keep sentiment and feeling at the forefront.

Though the exhibition closes this week, you can experience it via a virtual walkthrough, purchase an exhibition catalog, or see videos from my personal tour here. 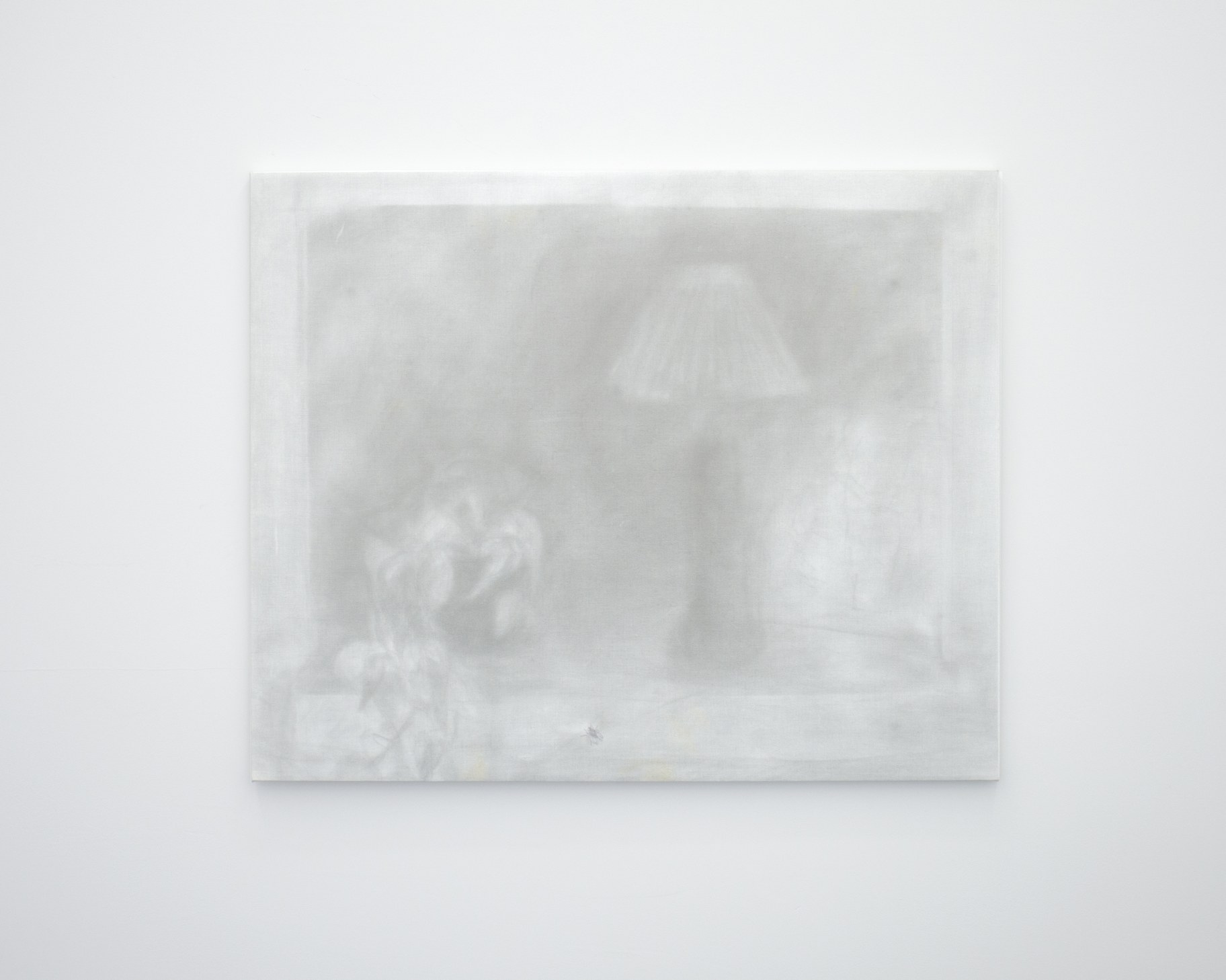 Willa Wasserman, “Wall niche with still life and light off” (installation view) (2020). Metalpoint on linen, 26 x 32 inches. Image courtesy of the artist and in lieu gallery.

Willa Wasserman’s exhibition, “Flyers Flying,” closes this week at in lieu, a small gallery in Highland Park. While Wasserman’s works are on canvas, they are hybrids between drawings and paintings. They’re made with metalpoint — an ancient drawing tool that is not often championed in contemporary galleries. Metalpoint involves building up line after line to create a form. Wasserman’s works feel like they are constantly in flux. Unlike paint, every mark that is made using metalpoint is permanent. The figures and landscapes that Wasserman portrays feel fuzzy and blurred, as if in the state of becoming.

In some works, like “Wall niche with still life and light off,” 2020, Wasserman depicts a classic still-life tableau (in this case, a lamp and house plant). The objects are rendered in their typical hazy style, the edges blurring into the background. In the foreground, a single fly is depicted in contrastingly sharp detail, upending the gauzy fields of mark-making that are painstakingly layered elsewhere.

The works continuously challenge the viewer. Wasserman engages us in a game of looking and understanding, but denies any cohesive end point. This conversation with the viewer feels like an invitation than an affront — the artist is inviting us to broaden our scope of understanding and make peace with the unknowable. In this way, Wasserman’s works embody a type of openness and fluidity that we don’t get from traditional painting styles.

Gallery Talk: A signature style that started as an accident 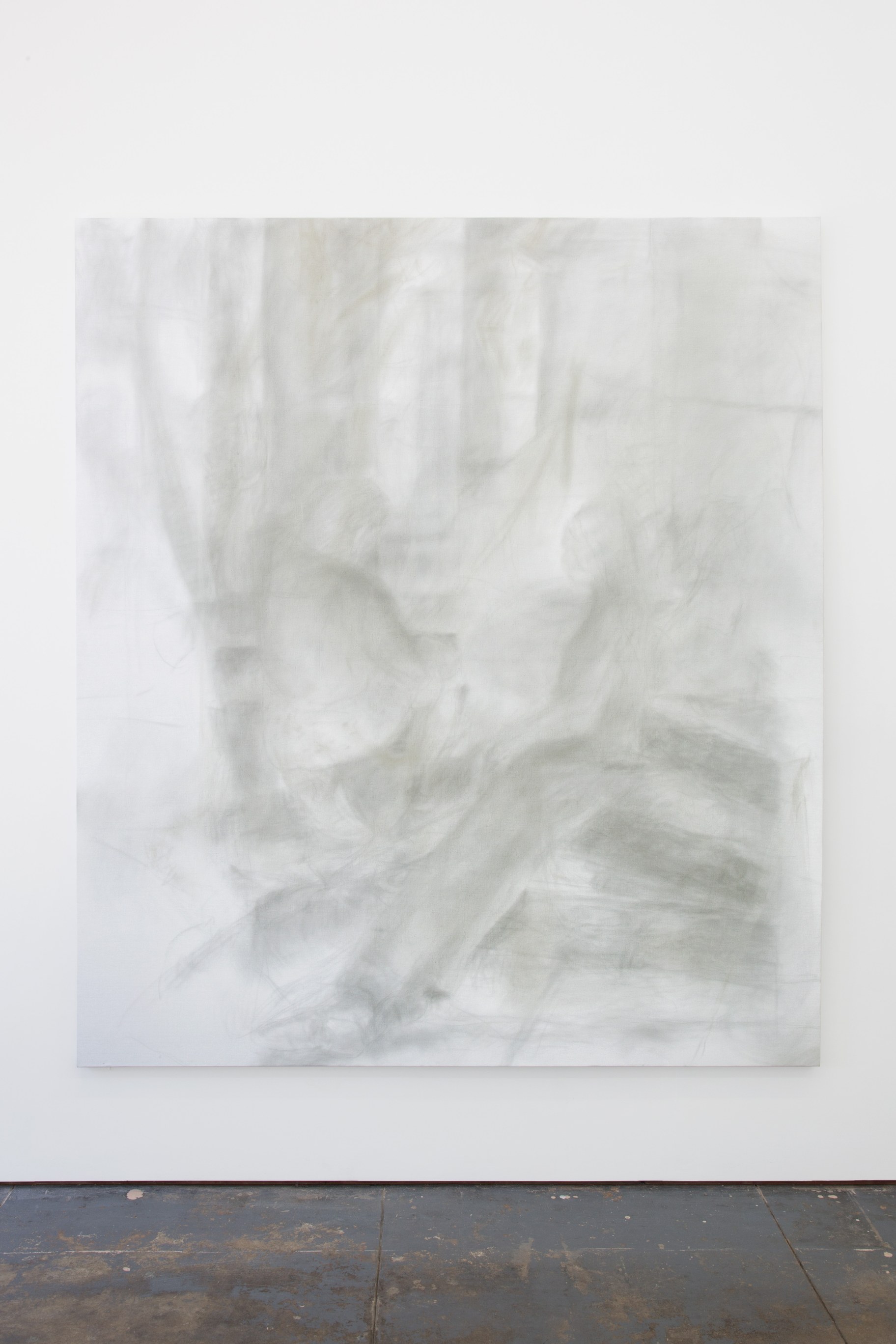 Willa Wasserman’s signature metalpoint technique started as an accident. The artist was a metal fabricator before going to graduate school at UCLA. They told me, “I was always awkwardly trying to put metalworking into my paintings.” They started with ad-hoc experimentations at night when the grad studios were empty (using spinning power tools on metal plates). After one night of experimenting, Wasserman noticed “ghostly shiny marks” that were “jumping and arching all over the wall” around the panels they were working on.

In a studio visit, their faculty saw the marks and explained to Wasserman that metalpoint was a really interesting technique and method for mark-making. “I didn’t know what the technique was at the time, but realized it might be useful to me both for its material qualities and historical development as a medium often used by painters for preliminary work and documentary portraits and studies,” Wasserman explained. “It's a nice medium for me right now to combine with oil paint, to keep my figure paintings in a space of questioning.” 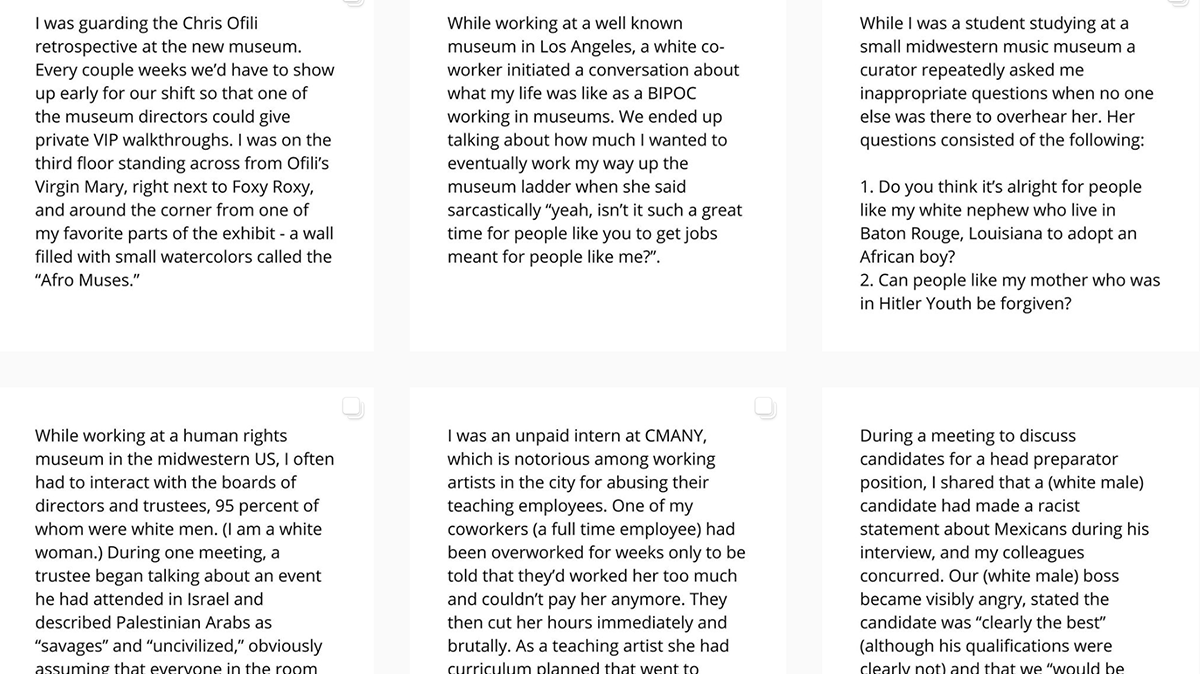 A new Instagram account called @ChangetheMuseum launched last month. Each post tells an anonymous story of discrimination at museums nationwide. Some posts call out famous museums — including the Getty, the Museum of Contemporary Art (MOCA), and the Denver Art Museum. The account has more than 20,000 followers and more than 200 posts.

The account is run by a small group of art workers and artists. They say they’ve experienced and witnessed discrimination based on gender, sexual orientation, race, and class. Through the posts, they hope to hold institutions publicly accountable as a way to demand systemic change. I talked to Steve Chiotakis about the account, its founders, and why amplifying stories of discrimination on social meda is so important.

Just this week, Gary Garrels, chief curator at San Francisco Museum of Modern Art, resigned due to allegations that were amplified on the @changethemuseum account. The account shared many stories that mention SFMOMA directly., One describes Garrels giving a presentation about new acquisitions by artists of color, adding: “Don’t worry, we will still definitely continue to collect white artists.” Last week, in a staff Zoom meeting, an employee questioned Garrels about these comments. Artnet reported, “At the meeting, Garrels said that the museum could not avoid collecting the work of white men, which would amount to ‘reverse discrimination.’” This led a group of former employees to launch a petition calling for Garrels’ resignation, which came shortly after.