Why activists nationwide are using open letters to call out museums

More than 900 people have signed an open letter to the Getty Board of Trustees, calling out patterns of racism within the Getty.  Photo by bfurlong (CC BY-SA 2.0).

Activists have recently accused the Getty Center for a culture of racism and bias. This prompted a group of staffers to publish “An Open Letter to the Getty Board of Trustees” on July 15. I talked to one of the authors (who preferred to remain anonymous), who explained the impetus: “The idea for the letter came during an unofficial meeting of over 90 staff who were upset by Getty’s response to the murder of George Floyd. … The letter was written collaboratively by a dozen or so staff members from multiple departments at Getty.”

To date, more than 900 people have signed the document, including former and current Getty staff, plus visitors and allies.

The letter claims that “racism abounds” — from microaggressions to  practices that “glorify the work of white heterosexual cisgender male artists to the exclusion of others.”

“The need for change is urgent,” the letter states. “Without action, Getty’s inclusive, global mission — ‘to advance and share the world’s visual art and cultural heritage for the benefit of all’ — is fraudulent.”

The letter discusses a newly formed Diversity, Equity, Inclusion (DEI) task force. My source at the Getty explained, “There is a [Getty] Trust-wide DEI Council as well as DEI task forces for each of the four programs (Getty Museum, Getty Research Institute, Getty Foundation, Getty Conservation Institute) for various departments. Since its formation the council has been involved in training and team building, but no concrete recommendations have been shared nor actions taken.”

Committee members are trying to balance their full-time jobs with this new diversity role without receiving extra compensation or a guarantee that leadership will respond to their demands.

The letter urges the museum to set aside funding to accomplish the goals being demanded: both for hiring, training and maintaining staff who are Black, Indigenous and people of color, and for ongoing funding for the DEI initiatives. The letter implores that DEI should be a top priority at all levels, and that any “board member or executive who is unprepared to undertake this responsibility should step down immediately.”

The authors request a response within seven days (Wednesday).  As of today, there has been no formal response. A spokesperson at the Getty sent me a reply, which is published here.

I asked my contact what the group will do if the Getty doesn’t formally respond to their demands by tomorrow. They said, “We are deliberating the course of action should there be no formal reply or should the reply be perfunctory. We want to receive a concrete plan for change with specific actions that can be taken immediately and over the long term.”

Why activists nationwide are using open letters to call out museums 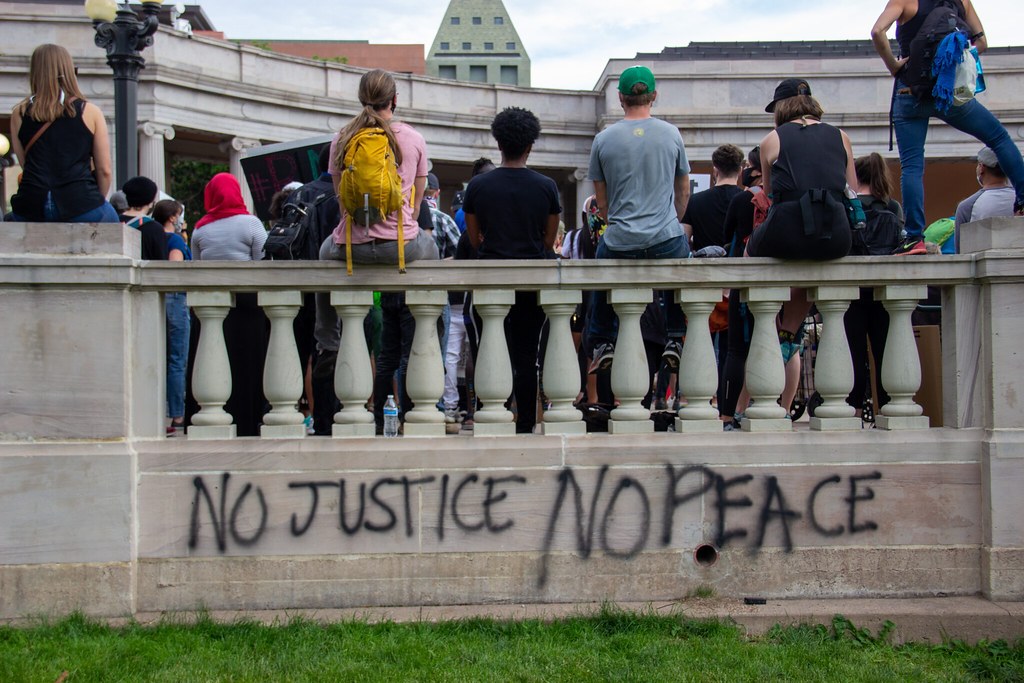 Artnet says open letters are responses to decades of racism within the U.S. art world. Photo by geoffalexander4 (CC BY 2.0).

Over recent weeks, museum board members have received letters demanding systemic changes at their institutions. These letters are responses to what Artnet calls “a decades-long culture of racism within the American art world.”

Why are letters now popular in the age of social media? One letter writer told Artnet, “Museums can be really good at obscuring and keeping things internal. That obscurity is one of the ways [museums] hurt people. Having a public letter brings it all out to the forefront. It creates public awareness.”

The format of the open letter also invites participation from the public. The Getty letter includes hundreds of ally and visitor names alongside staff. “Cultural heritage institutions are notorious for paying lip service to antiracism and transparency without any meaningful action,” my Getty contact explained. “We made the letter open so that the public can help staff hold Getty accountable for future DEI actions.”

The formal nature of a letter implies a certain amount of care and planning — versus a quick opinion-based Tweet — and also prompts a potential exchange.

In a recent Atlantic piece, Eliot A. Cohen addressed the power of the public open letter: “Courage in the public square is very rarely about unearthing an epic wrong and seeking to right it. ... It is never about making those on your own side feel more smugly confident about the rightness of their views. It is, rather, about speaking the hard truths that … will make you free.”

Another letter writer, Jennifer Williams who has called out the New Orleans Museum of Art. She puts it succinctly, “We are not looking for incremental change or change to happen over time. We are talking about today. We are demanding radical change, and we are demanding it now.”

Is this bipartisanship on election integrity and gun safety? Left, Right & Center