Art Insider June 16: Museums continue to highlight the importance of art in a social uprising 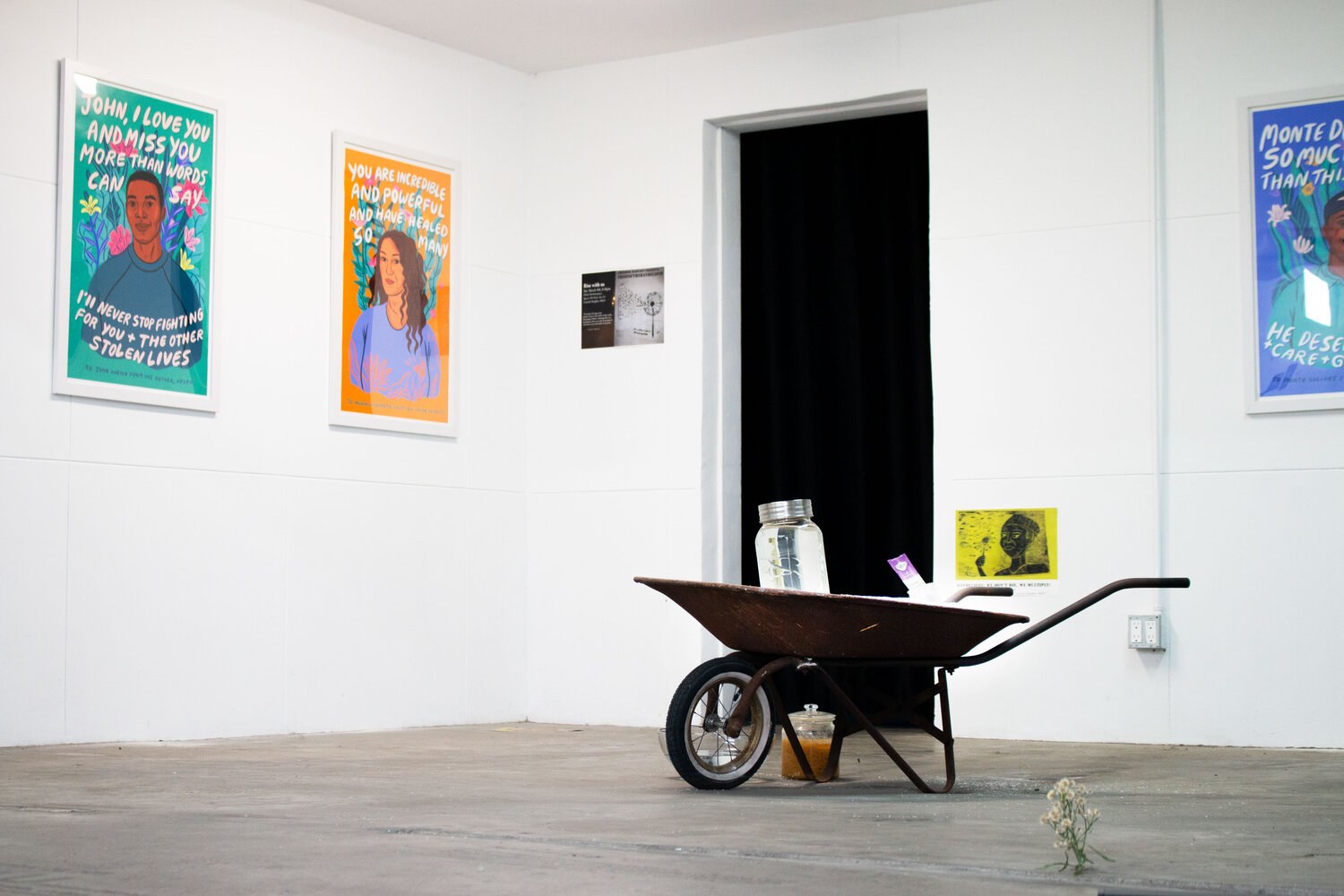 The Crenshaw Dairy Mart is an artist collective and gallery in Inglewood that bridges cultural work, advocacy, and art. Co-founded by Patrisse Cullors, Alexander Dorriz, and Noé Olivas, their current exhibition has reopened and can be seen by appointment.

The exhibition, “Yes on Measure R! Archives and Legal Conceptions,” is about the social justice organizing that led to 2020’s successful ballot Measure R, which significantly strengthened civilian oversight of the Sheriff’s Department. The exhibit also looks at art’s pivotal role in those movements. Alexander Dorriz and Autumn Breon Williams are curators.

Dorriz told me, “This is the lineage of Patrisse’s organizations that she slowly built over the years.” Dorriz also said the exhibition focuses on art being the first response to injustices.

I asked the curators about the distinctions between art that’s political and art that is not.

Williams responded, “I think that anything creative during a time of injustice is political by nature. So I think that it’s impossible for art to not be political. And I don’t think there is a distinction or a wall we should create for when art is allowed to be political and when it shouldn’t be. It almost feels like that’s unfair to humanity if art’s responsibility is to reflect and speak to humanity.”

Williams continued, “We need art right now. And we need it to explain the emotion that a lot of us are having because sometimes words can’t do it. But also to unite [us] so it’s clear that there’s a role for everybody in the fight, including artists.” 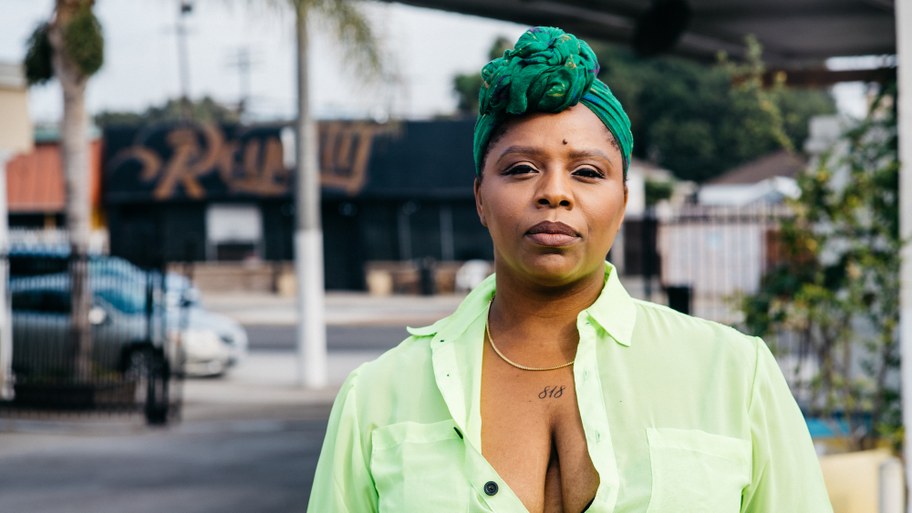 Patrisse Cullors is an artist, activist, and co-founder of Black Lives Matter. She live-streamed a performance this weekend that was dedicated to Ahmaud Arbery, the unarmed Black man who was murdered while jogging in Georgia by two armed white men.

She began the performance with the words, “I’ve been saying this prayer since before I was born. And actually a prayer I learned from my ancestors, and they learned from their ancestors. We are not safe here. But we live here. So what?”

She performed “A Prayer for the Runner” at Crenshaw Dairy Mart. Hosted by the Fowler Museum (via Zoom) as part of their Pride programming this month, it features LGBTQ+ leaders in art and activism.

Cullors had a large stack of paper, and she wrote words like “LAPD,” “jails,” and “police” on each piece. She then shredded everything, letting the pieces fall in ribbons and pile on the floor.

Her spoken poem addressed Ahmaud Arbery like an old friend. “You were running because that’s what you do to release stress. You were running for respite and instead, you ran right into white supremacists. Or rather, they ran into you. They hunted you like they hunted our ancestors.”

The poem looped repeatedly as Cullors continued to shred. Each repetition seared in a little deeper and became an incantation.

After the performance, Cullors had a conversation with Dr. Melina Abdullah, co-founder of the Los Angeles chapter of Black Lives Matter. Cullors explained the invocation of prayer in the work. “So many leaders and organizers are deeply engaged in a pretty important spiritual practice. I don’t think I could do this work without that. I don’t think I could do it as long as I’ve done it, and as consistently.”

Watch Cullors’ “A Prayer for the Runner” 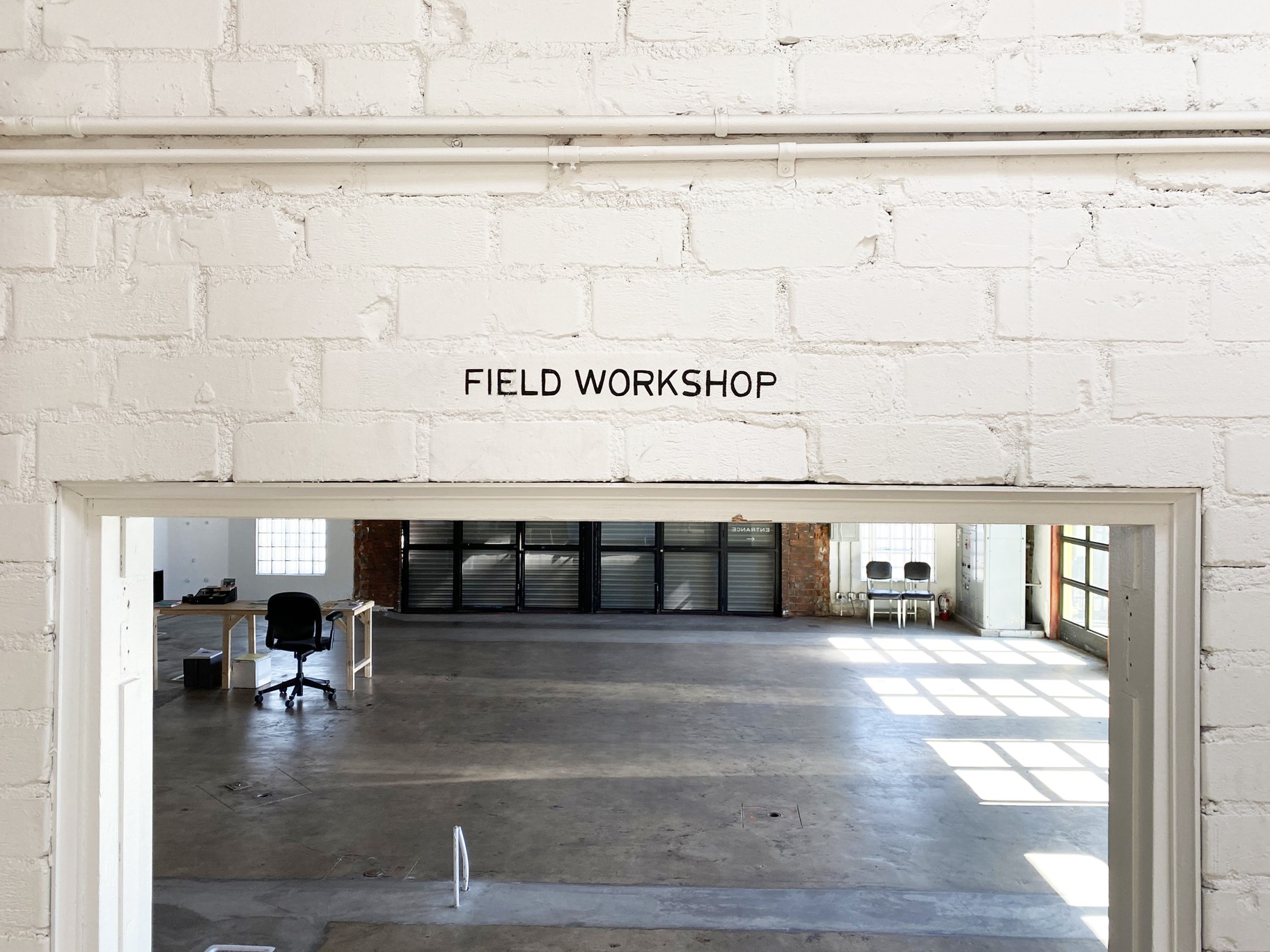 This week, The Institute of Contemporary Art, Los Angeles (ICA LA) announced a new initiative called Field Workshop. The museum will be offering a large open workspace for grassroots organizers. Groups will be able to use the space for one to five days. Information will be available soon on how to apply.

Asuka Hisa, Director of Learning and Engagement, told me that as their scheduled programming is pushed to the fall, this summer is for action.

“For many years, our museum has done programs in partnership with artists and community organizations, and we have widened our scope through a variety of networks. In the past, we have done programs around homelessness, migrant detention reform, the right to exercise your vote, and most recently, we hosted the Los Angeles Artist Census. A space like the Field Workshop is a raw space where you can incubate, discuss, prepare … and present ideas.”

“The main guidelines are that projects have elements of learning, civic engagement, and self-care,” Hisa said.

Stay tuned for more information on how to apply 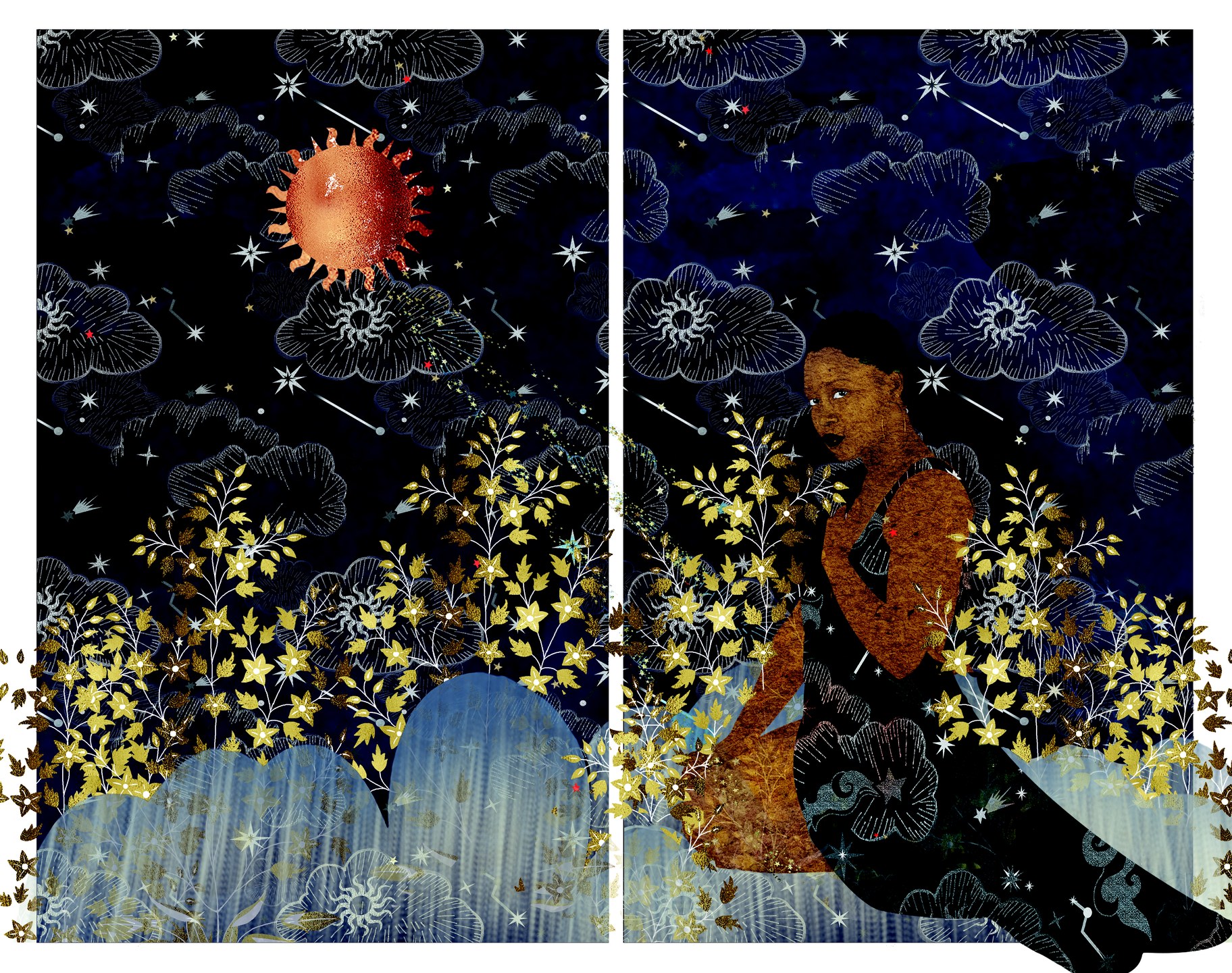 The California African American Museum (CAAM) presents recently acquired works in its exhibition called “Sanctuary.” While the museum is still closed due to COVID-19 (they are considering safety precautions to reopen), the exhibition can be viewed online. The exhibition focuses on safety and refuge in relation to the African American experience. In short online videos, artists discuss inventing safe spaces that they didn’t have growing up. They also combine human figures with mythological beings in order to transcend lived realities.

One piece in the exhibit is from Carla Jay Harris, which pictures a female figure in a celestial landscape. She explains, “I’ve had a bit of a nomadic life. … Through my life, I seek to connect with permanence. Safe space and making time for self-care is essential to your own mental health and wellness.”