Art Insider: Maiden LA welcomes all creatives and aims to break down hierarchies

“High Beams” was a drive-through art show from Saturday night on the rooftop of a parking garage in the Fashion District downtown. It included installations from nine different art spaces and was organized as part of Maiden LA. Photo credit: Olivia Hemaratanatorn

Do-it-yourself artist events and exhibitions are happening across the city this month in response to the Hammer biennial, “Made in LA.” And an artist programs a sculpture to silently dance to a Tina Turner album.

Maiden LA responds to the Hammer’s biennial with an inclusive, city-wide month of art programming

Throughout September, artists across Los Angeles are presenting more than 80 DIY exhibitions and events in backyards, canals, garages, and parks. The events are all part of Maiden LA, which is in its fourth iteration this year—each have been planned to coincide with The Hammer’s biennial “Made in LA.” Maiden LA is an anagram (and homophone) of The Hammer biennial, and unlike the Hammer show, Maiden LA is not curated and doesn’t turn applicants away.

Artists who want to participate must apply with a fully fleshed-out project or exhibition proposal and have a space lined up that will host them. “What’s beautiful about Maiden LA, is that every space becomes legitimate. Like a park, a bathroom, who cares?” co-founder Molly Schulman explained to me.

The inclusivity of the exhibition also counters the format of institutional biennials, which have come to act as a “who’s who” in the art world, representing the next crop of “up-and-comers.” The irony is that artists included in biennials are often already repped by galleries and have a significant exhibition history. This is despite The Hammer’s stated goal to use the biennial to serve emerging and underrepresented artists. Shulman explained that this goal brought up a lot of questions for her and her co-founder, Salomeh Grace. “How do you get these studio visits? How do you meet these curators? There are so many artists in LA that nobody even knows about.” 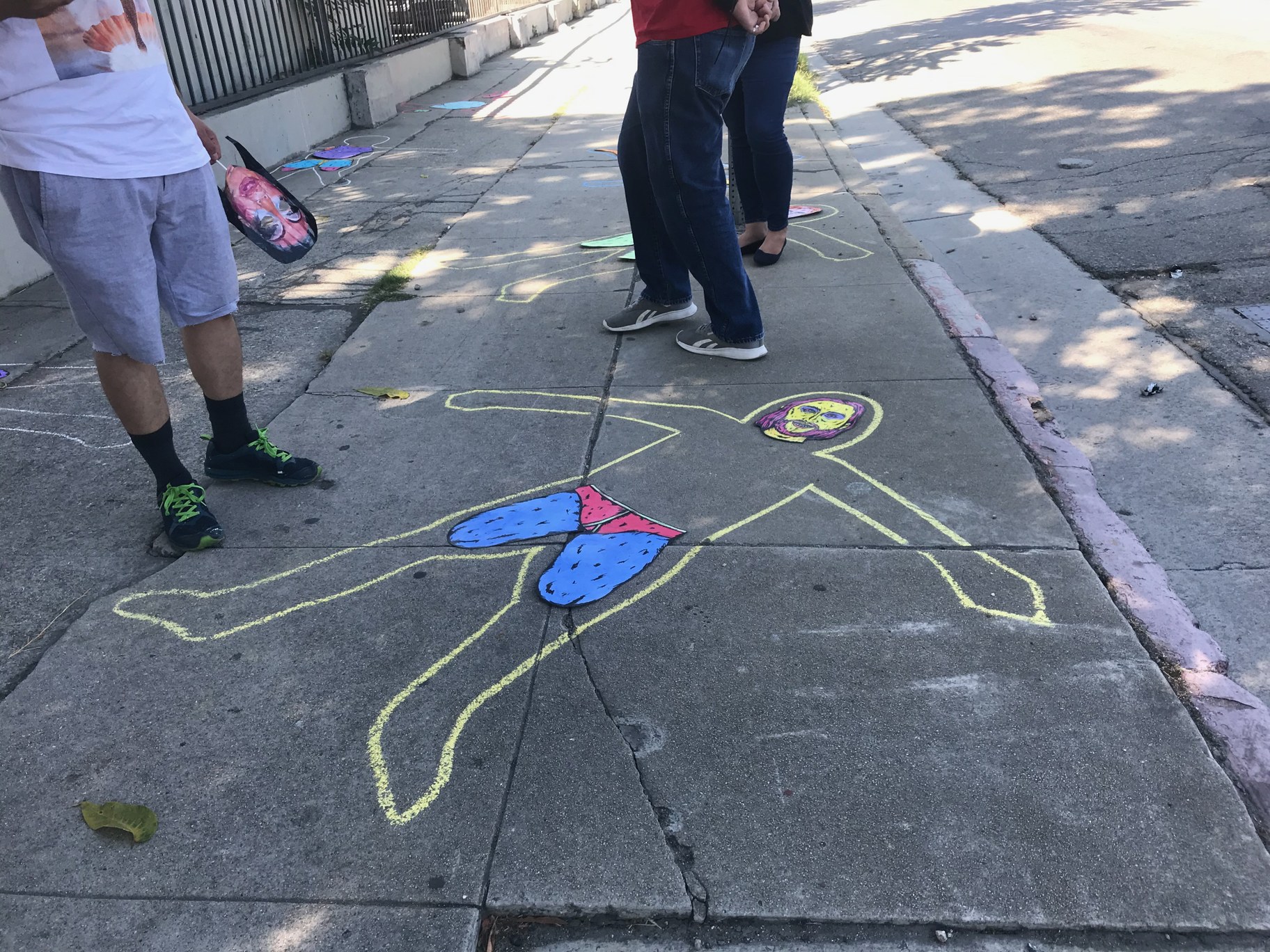 Shulman and Grace wanted to create an opposing exhibition platform without gatekeepers or barriers to entry. They put out an open call and received overwhelming responses from artists, curators, and collectives. “The loftiest goal is to dissolve the hierarchy between somebody working out of their garage and a big institution,” Schulman said. “It’s lofty, but why not?”

Schulman admitted that much of the impetus for the initial project was to build a community for herself. “I was feeling very much that I was on the outside of things, and wanting to feel that I belonged to something. So many other artists feel that way too.” Grace and Shulman set out to provide a platform for artists that didn’t have a voice, who really were underrepresented and in need of a platform to support their work. “It was also a way for us to personally build community and find our place in the art world.”

The Hammer biennial is waiting for clearance from the county to reopen, and thus haven’t announced an official opening date, but it’s expected to be this month. Meanwhile, Maiden LA, due to its nimble DIY structure, is carrying on with a month of performances, and exhibitions. Roughly half of the events are in person and the other half are digital. You can search their website by artist, genre, neighborhood, or date.

Events and exhibitions are on view through September 20, 2020. 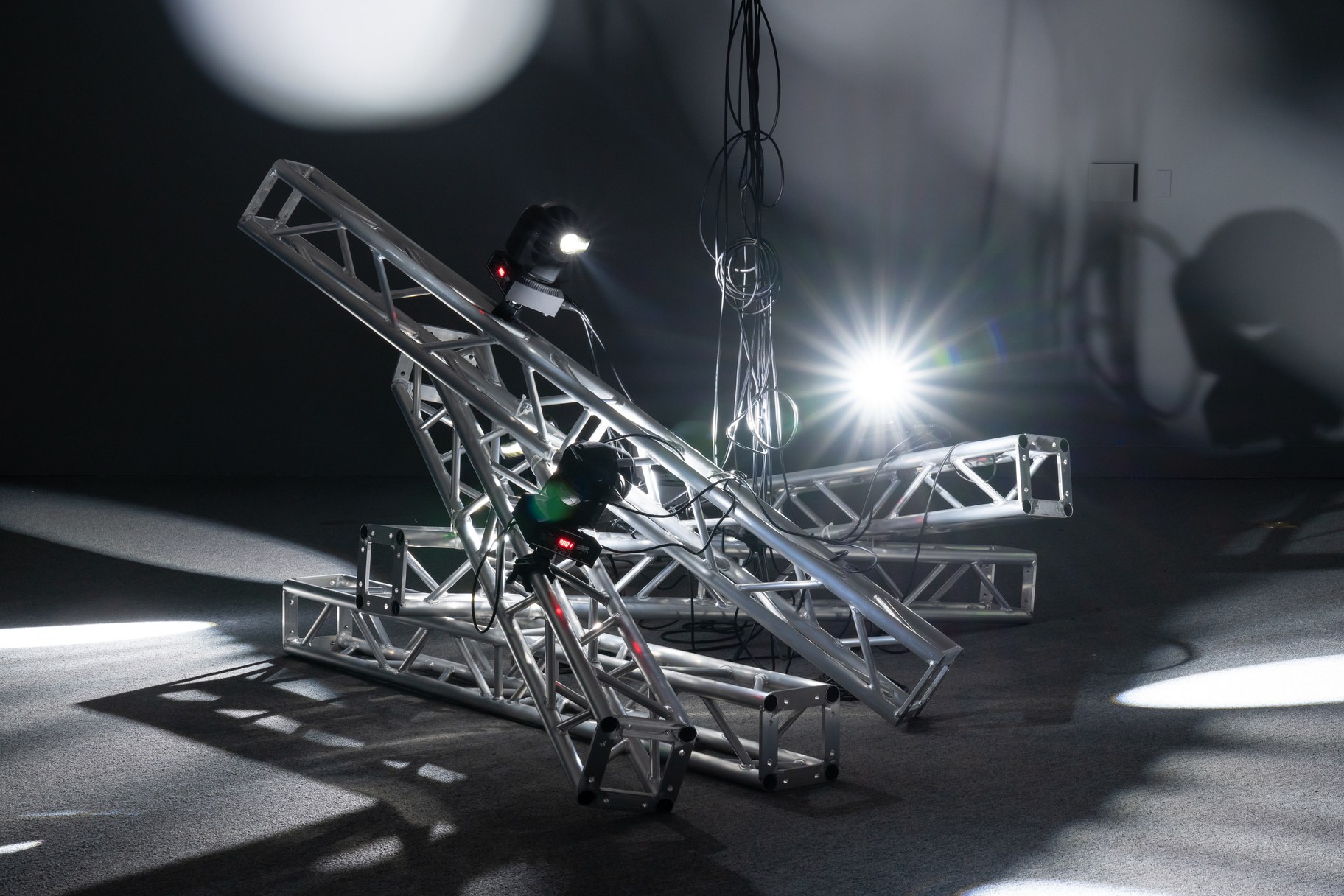 At the California African American Museum, Nikita Gale’s mechanized sculpture is dancing silently. The artwork consists of metal stage beams arranged on the ground in the center of the gallery. The lights in the sparse gallery have been turned off, save for a set of stage lights that have been affixed to the beams. The spotlights move in a syncopated rhythm — spanning the room slowly, then quickly spinning to highlight an adjacent wall. The lights have all been programmed to move to the beat of Tina Turner’s iconic album “Private Dancer.”

The installation moves through the whole album, song by song, slowing to a methodic bob for the ballads, and getting raucous for more uptempo songs like “I Might Have Been Queen.” Though the music isn’t playing in the gallery, the light’s mechanized movements create a strange robotic soundtrack and the rhythm of Turner’s music is felt via the light’s choreography across the space.

As I watched the sculpture silently moving, alone in the gallery, I couldn’t help but feel an ominous sense of surveillance. I was reminded of police helicopters by the robotic whirr emanating from the sculpture, alongside spotlights that periodically spun to shine directly on me. Though abstract and indirect, Gale has created an intimate, playful, and haunting atmosphere that seems to project themes of performance and celebrity alongside surveillance, absence, and loss.

As the CAAM is currently still closed due to COVID-19, the exhibition has been extended through early 2021.