Hollywood Bowl turns 100. How do you prepare for the best show?

Written by Jenna Kagel May. 31, 2022 Entertainment 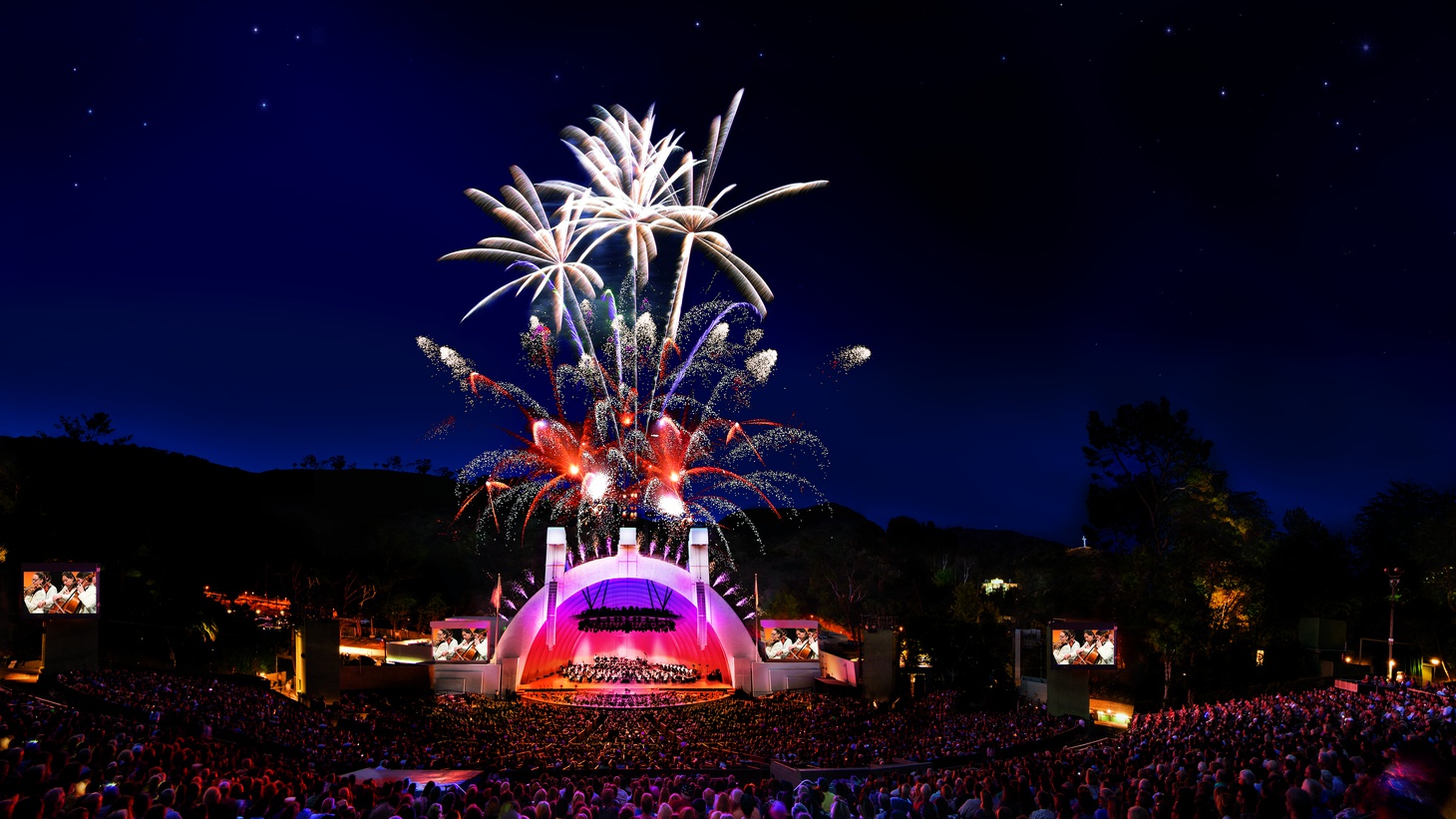 The Hollywood Bowl lights up at night during a fireworks show. Photo by Adam Latham.

The Hollywood Bowl officially opened in July 1922. Thousands of people trekked up the hill to watch the LA Philharmonic kick off the series “Symphonies Under the Stars.”

In the 100 years since then, musical performers — from Ella Fitzgerald, to the Beatles, to the Doors, and Billie Eilish — have played under the iconic, pearly-white band shell.

Today the Bowl reports that about 1.5 million Southern Californians head there each summer to soak up a night of music and fun. It’s become a right of passage that gives way to a full-bodied experience. Concert goers pack snacks and maybe even a bottle of wine, track down parking spots, and hike up that hill — all to enjoy musical performances under the open Southern California sky.

So KCRW wants to hear from you: What does your best Hollywood Bowl experience look like? And what makes your version of “doing the bowl” different from that of other Angelenos or visitors from out of state? Have a favorite Hollywood Bowl memory? Got hacks to nab the best picnic table or seat? What are your go-to foods and beverages to bring? How do you deal with the crazy parking?

Share your Hollywood Bowl stories with us up above, or email a voice memo to jenna.kagel@kcrw.org and use the subject line “Hollywood 100.” Make sure to include your name and phone number, and you might hear back from one of our producers. Your response could be included in an upcoming segment for Greater LA.

Not sure how to send a voice memo? Check out this handy NPR guide!