The streets of downtown Los Angeles were awash with color on Sunday. As the Grammy Awards drew famous musicians clad in tuxes and sequins to the Staples Center, hundreds of people wearing purple and yellow jerseys descended on the plaza at the adjacent LA Live, where an impromptu memorial for legendary Laker Kobe Bryant had coalesced.

Bryant died early Sunday morning in a helicopter crash in Calabasas, Calif., alongside his 13-year-old daughter Gianna Maria Onore Bryant, and seven others.

Attendee Alex Prado told KCRW's Angel Carreras that he was shocked when he heard the news about Bryant. "The world just stopped for that second that I heard, you know, [I] got real sad. I grew up as a Kobe fan. Just hearing somebody so iconic [is] gone: It just really stops time."

Under digital billboards lit up with Bryant's face, the solemn crowd was nearly silent; some held basketballs, while others carried yellow flowers, which were placed on a makeshift altar. The quiet was occasionally broken with chats of "Kobe" and "GiGi," the nickname of Bryant's daughter. Others held homemade signs paying homage to Bryant, like Sergio Carrillo, 25, who held a street sign emblazoned with the late Laker's name.

"[Kobe's] someone I looked up to," said vigil attendee Jesse Ramirez. "He's like a god in Los Angeles. [We] lost Nipsey [Hussle]. Now they lost Kobe. It's really, really devastating."

Nearby, Grammy attendees — who were walking from the neighboring Marriott hotel lobby to the Staples Center — permeated crowd of mourners, offering a moment of stark contrasts: a collective moment of tragedy interwoven with a celebration of creativity. 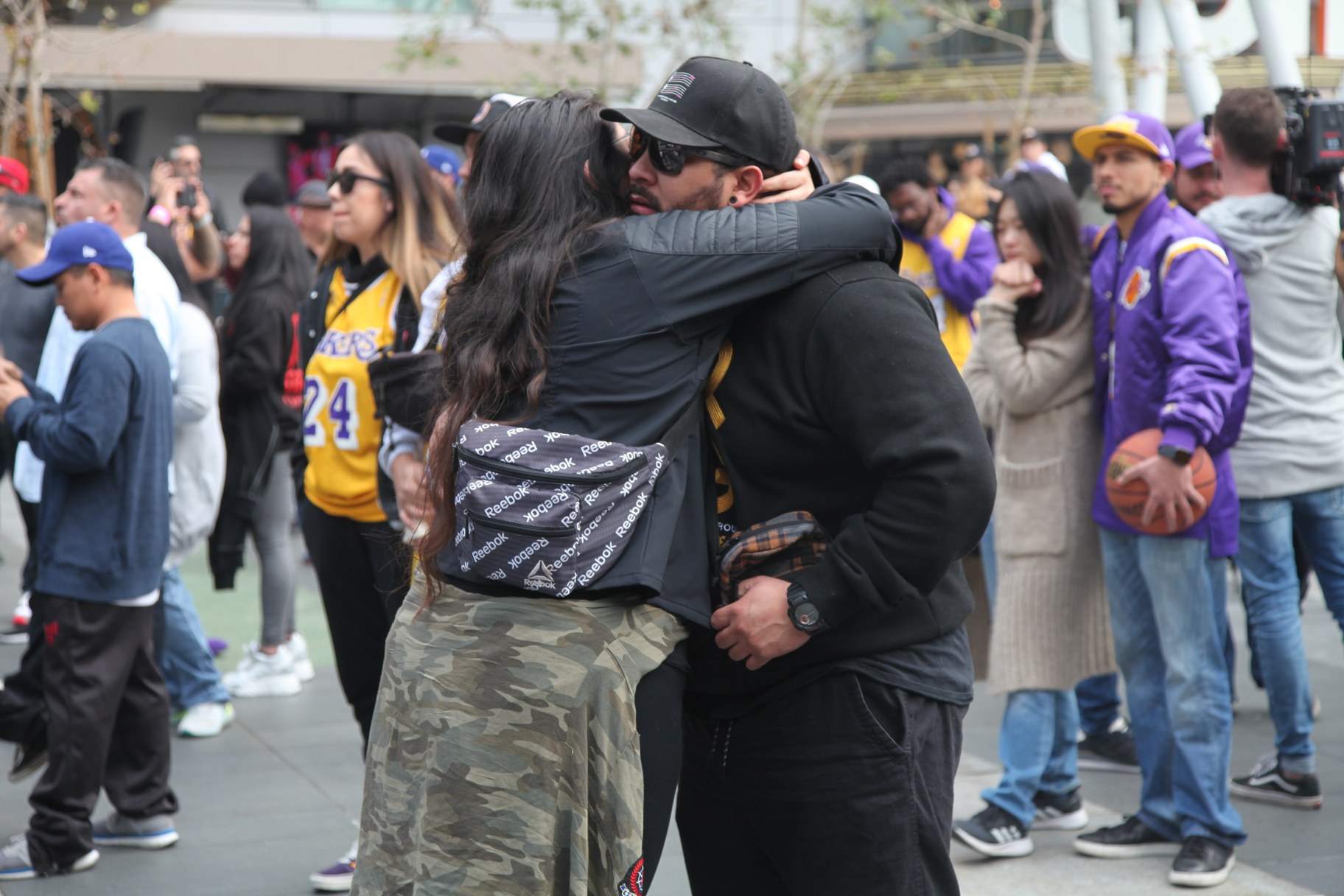 A man and woman hugging at the Kobe Bryant memorial. Photo by Drew Tewksbury. 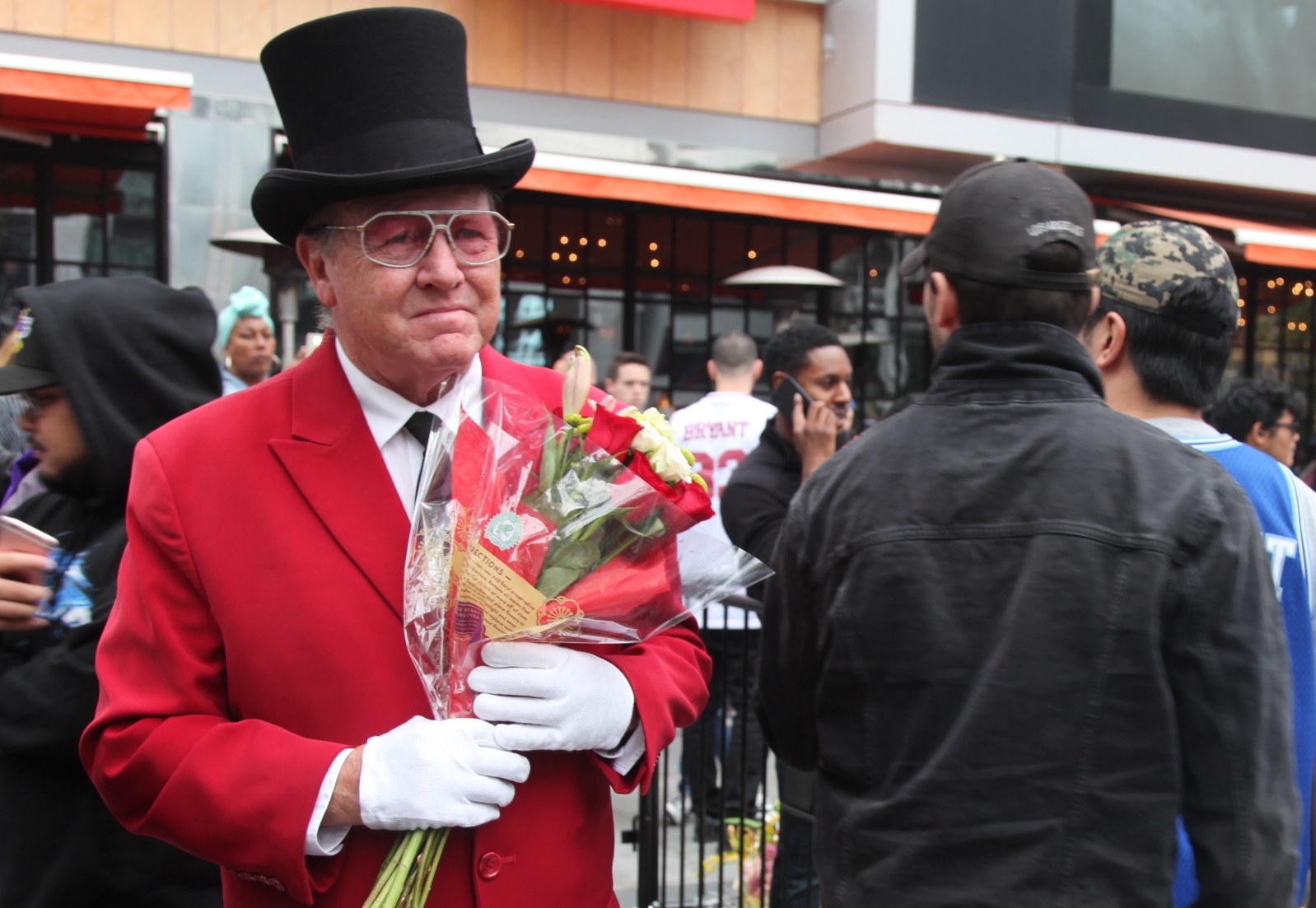 A Grammy Awards attendee brought flowers to the vigil. Photo by Drew Tewksbury. 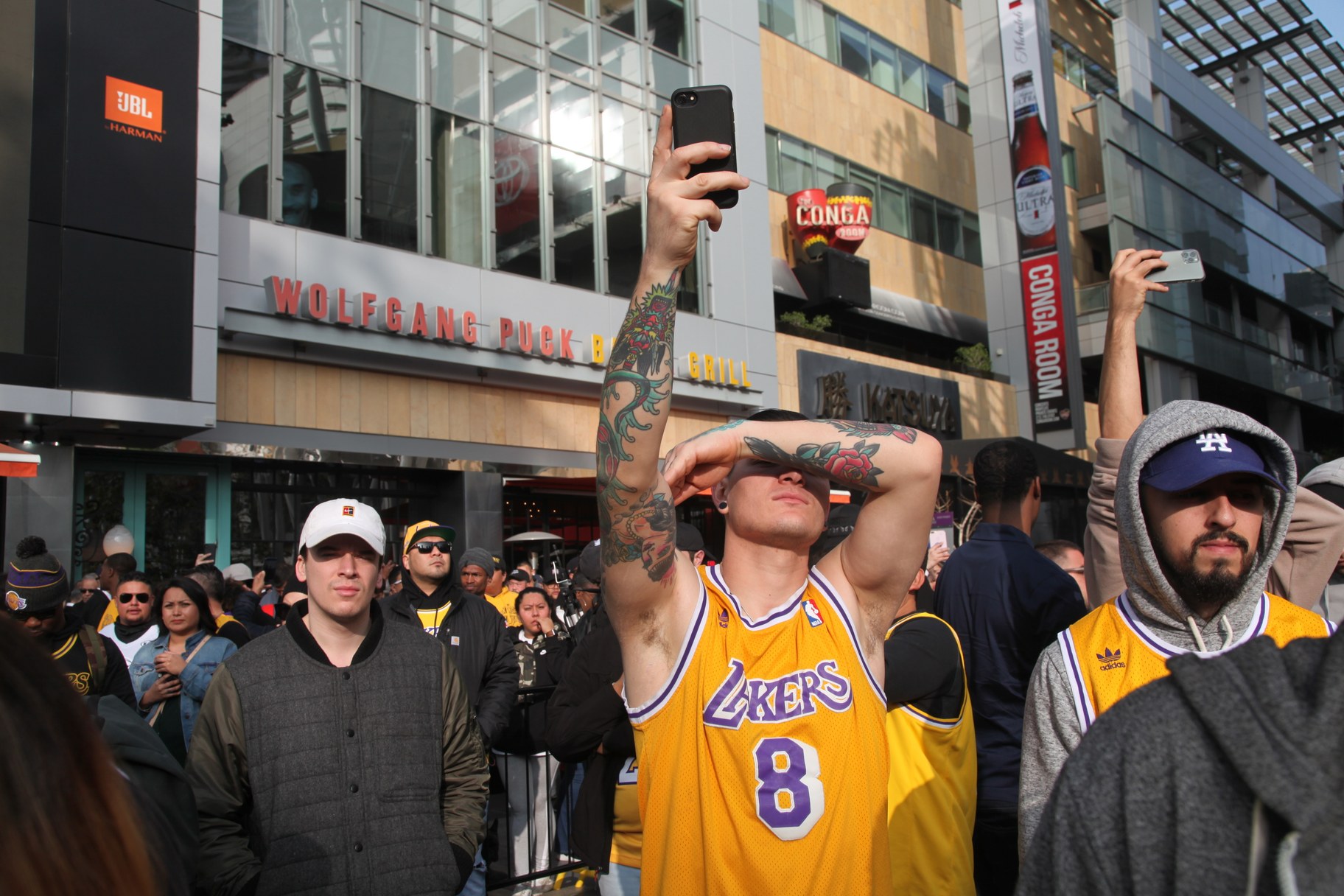 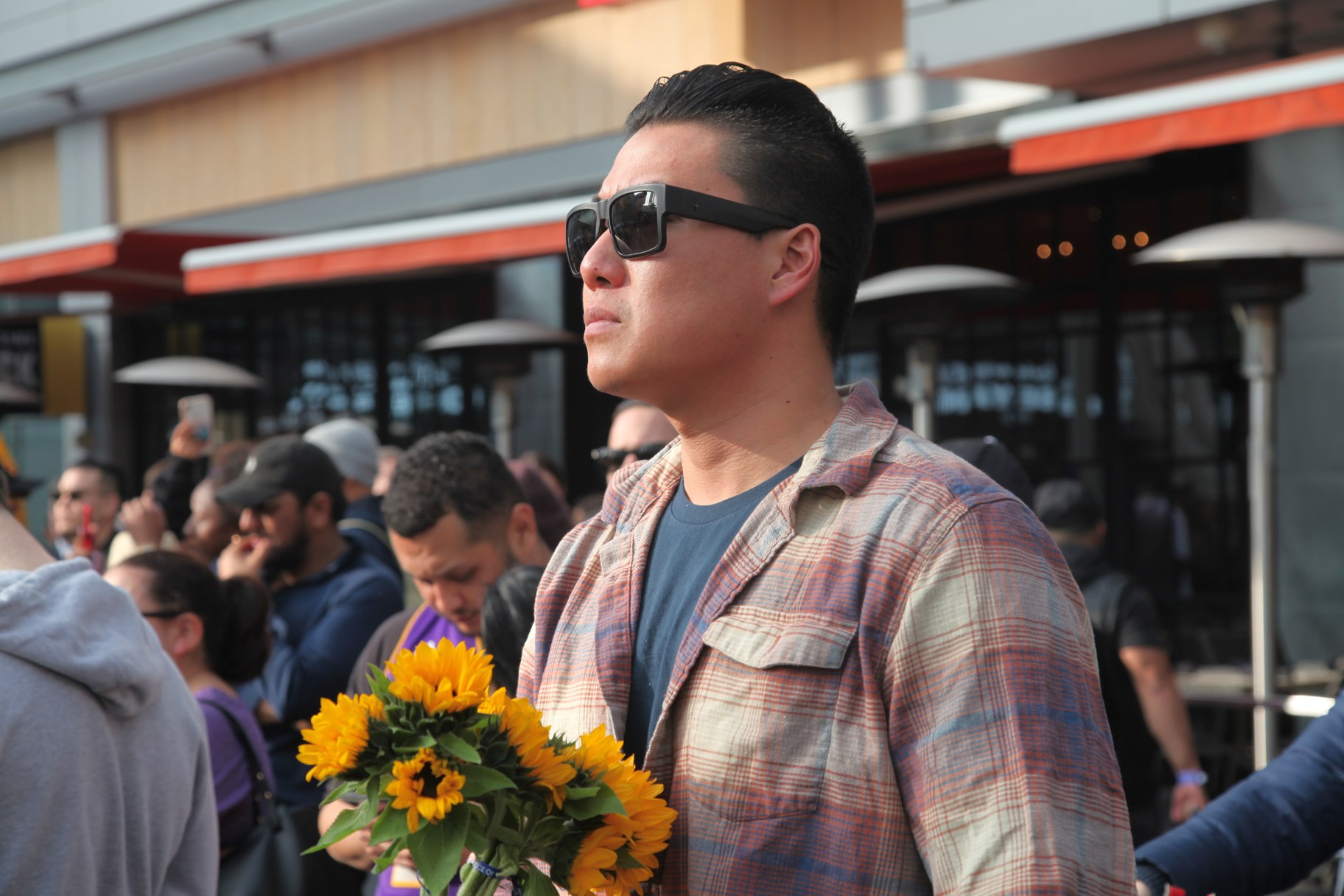 A man bringing sunflowers to the vigil. Photo by Drew Tewksbury. 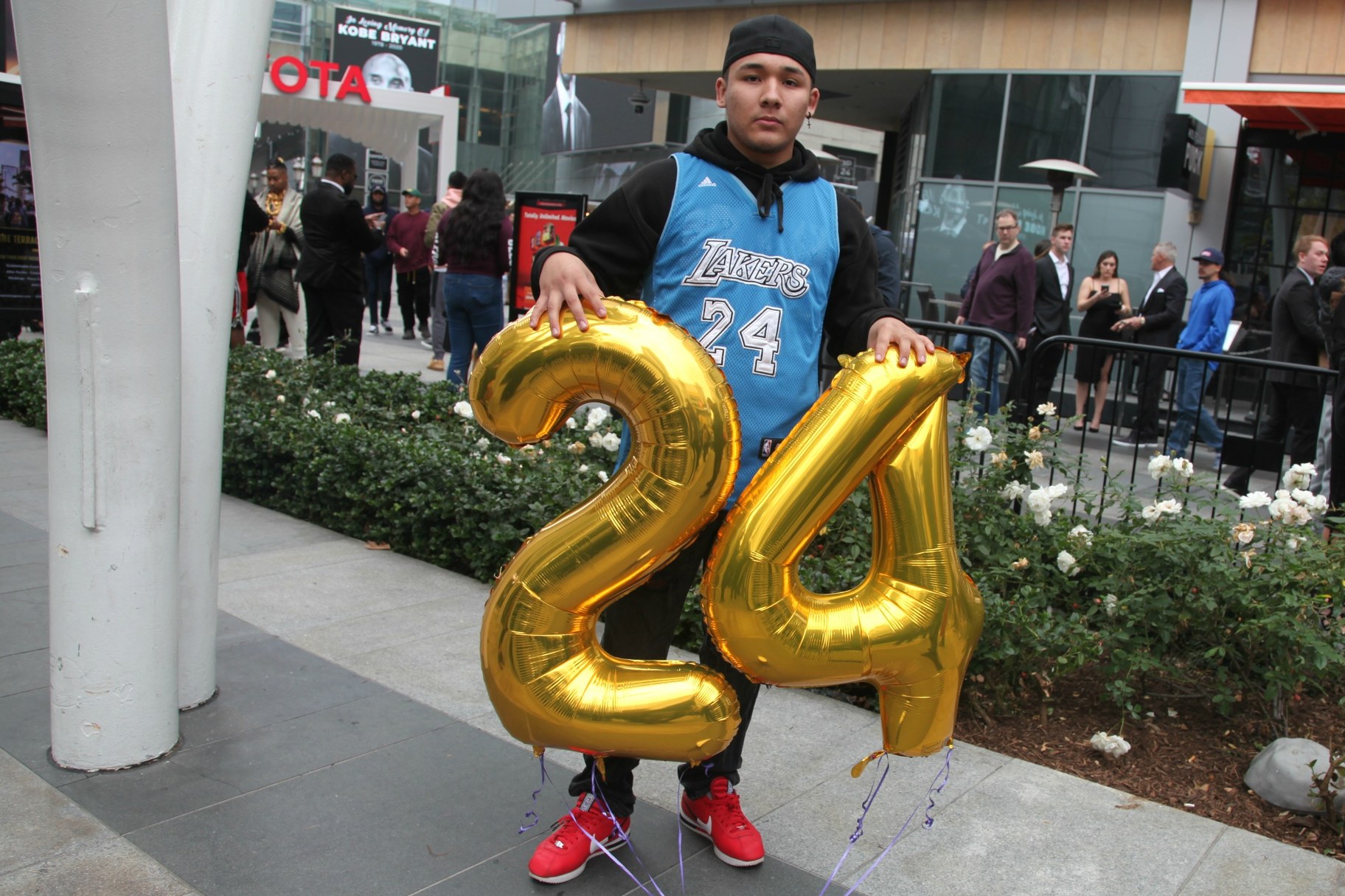 Bryant changed his jersey number from eight to 24 during his career. Photo by Drew Tewksbury. 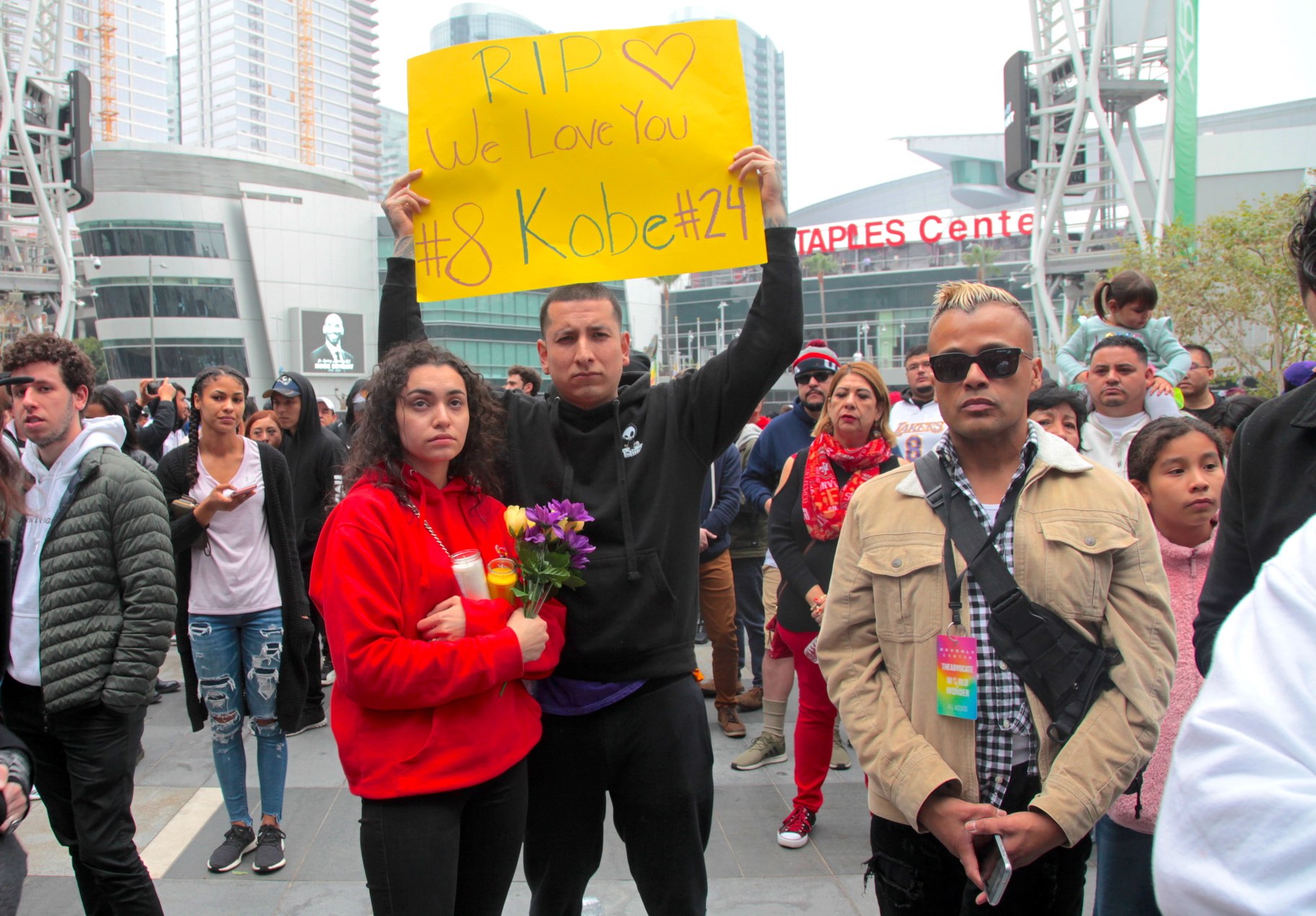 Many people came with signs showing affection for Bryant. Photo by Drew Tewksbury. 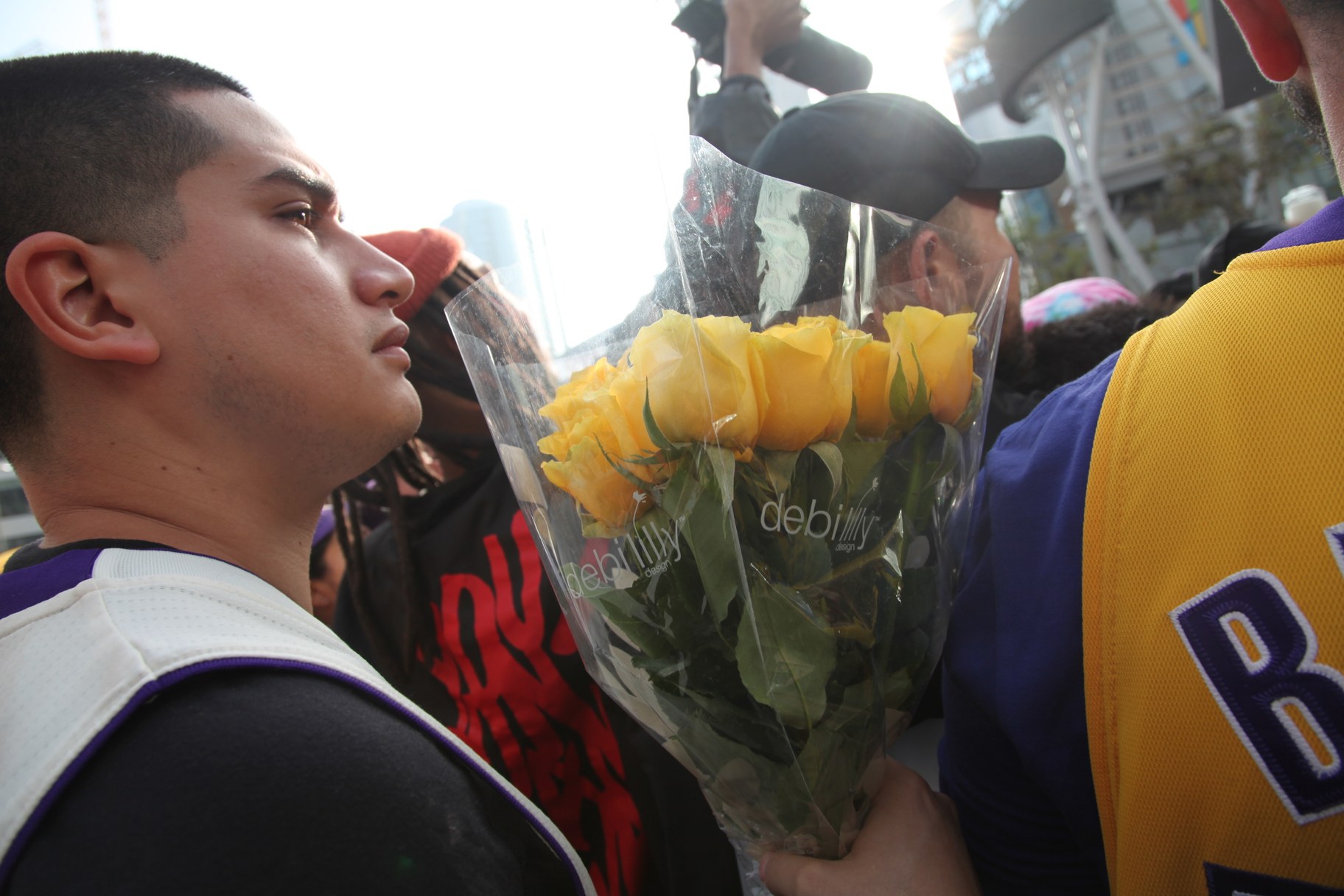 A man bringing yellow roses to the vigil. Photo by Drew Tewksbury. 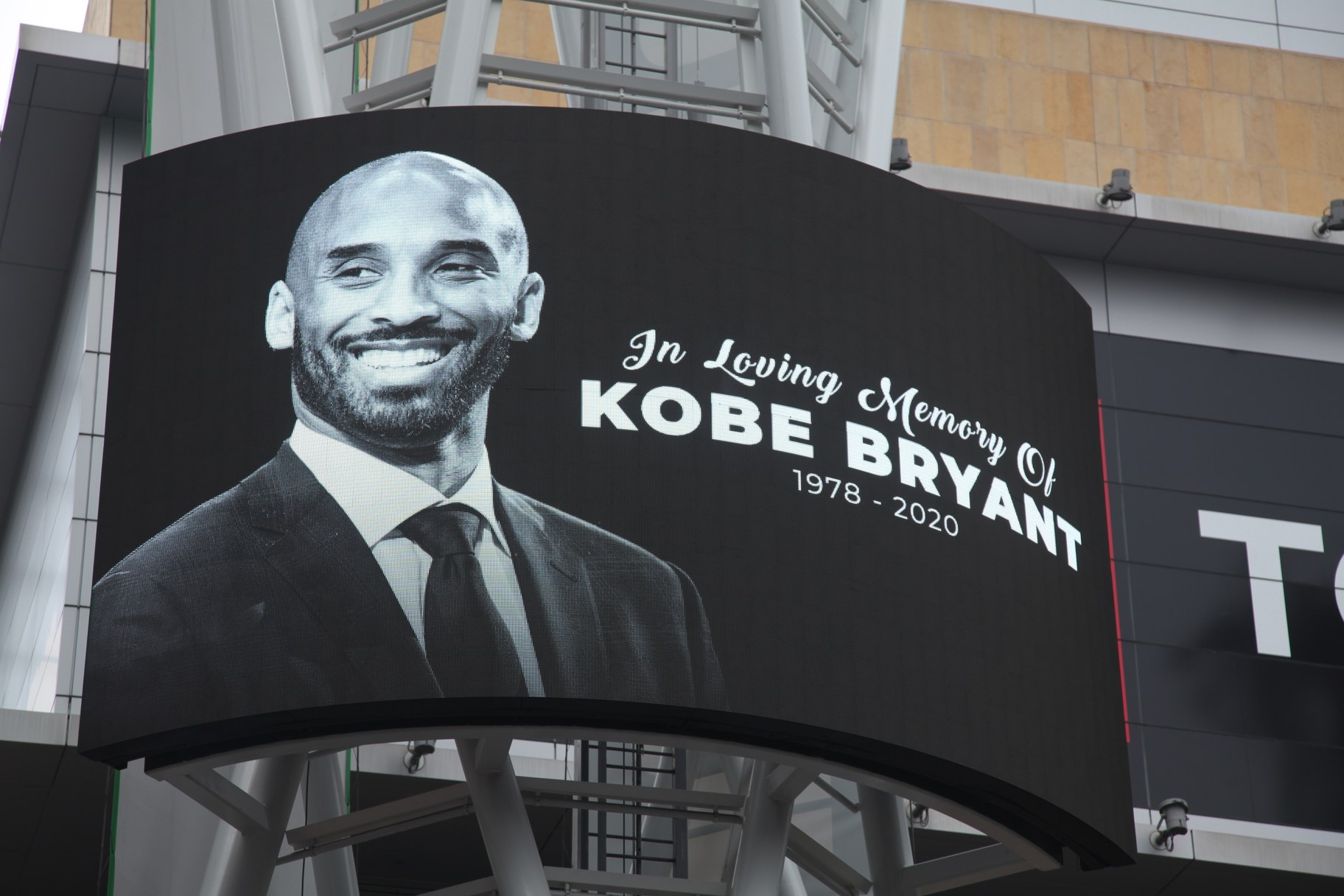 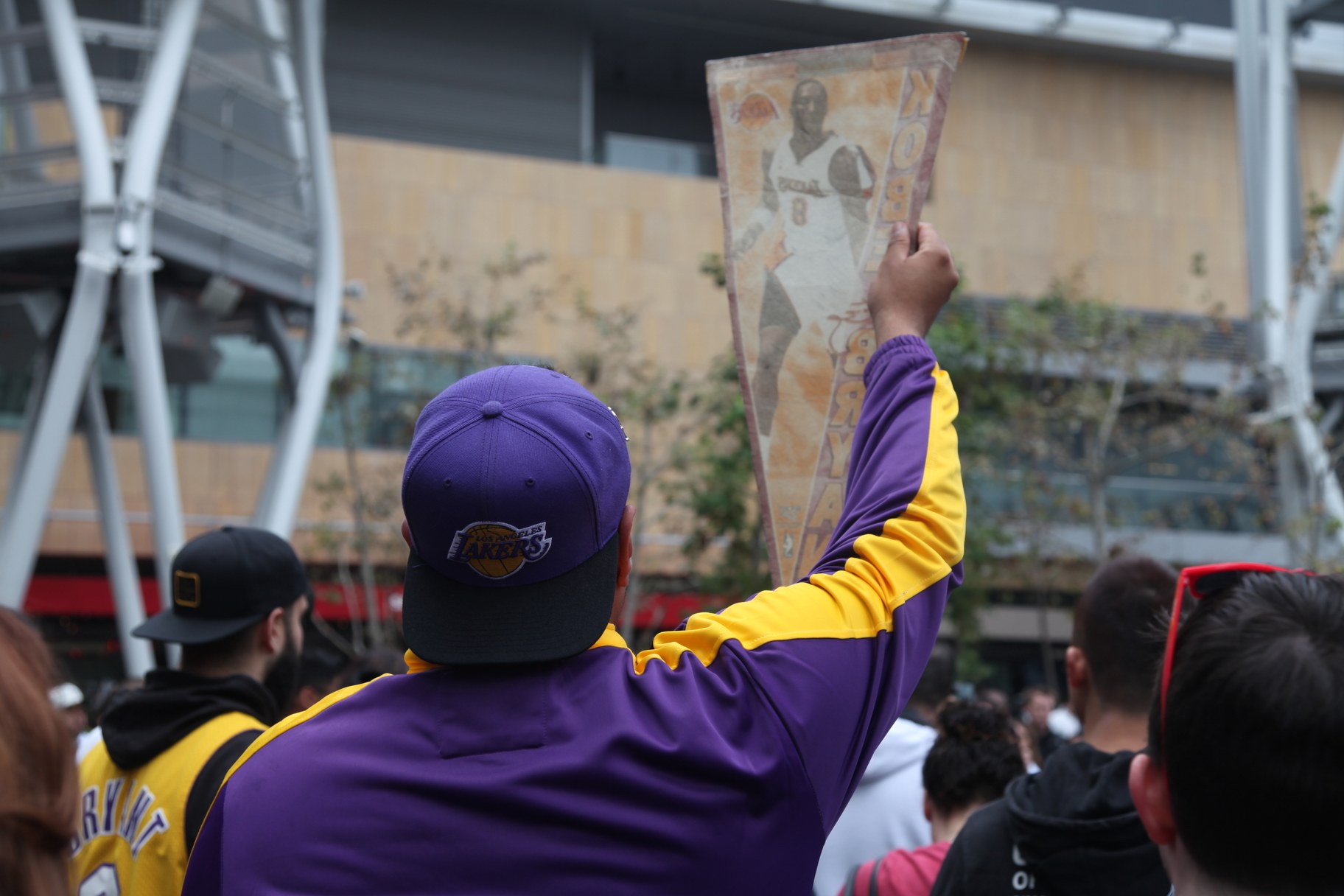