"Zombie formalism" is the phrase artist and critic Walter Robinson coined to describe a kind of formulaic abstract painting by youngish artists that has caught favor with collectors. There is a lot of it in the galleries (and auction houses), which may have contributed to the decision by the Whitney Museum of American Art to co-organize Frank Stella: A Retrospective, the surprise delight of what is on view in New York this fall. 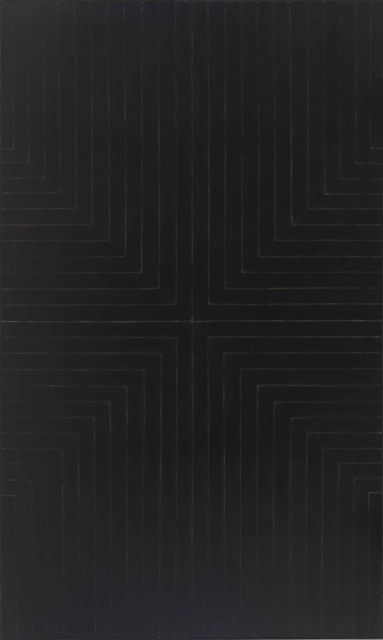 Surprise because Stella has been a lauded figure in abstract art since his debut survey at the Museum of Modern Art in 1970 when he was only 34. At that time, he had reduced painting to nested bands of uniform and largely neutral shades, black, gray, copper, in keeping with the Minimalist impulse of the time. (In the 1960's, his work was shown at Ferus gallery in LA and prints he made at Gemini G.E.L. in the 60's and 70's are now on view at their Chelsea gallery.) 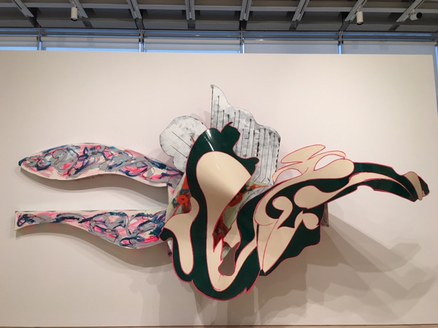 By 1987, when his second retrospective was held at MOMA, Stella was making exuberant, constructed wall reliefs with expressive slashes of colored paint. Both bodies of work are included in the retrospective along with much that has been made since, but far from seeming familiar, the exhibition is electrifying. 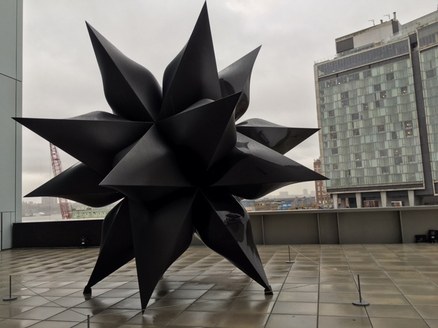 And I say delight because the exhibition, organized by the respected Michael Auping at Modern Art Museum of Fort Worth and Whitney director Adam D. Weinberg, in his first curatorial effort in the new downtown building, is replete with a kind of abstract art that should humble practitioners of the "zombie" ilk. 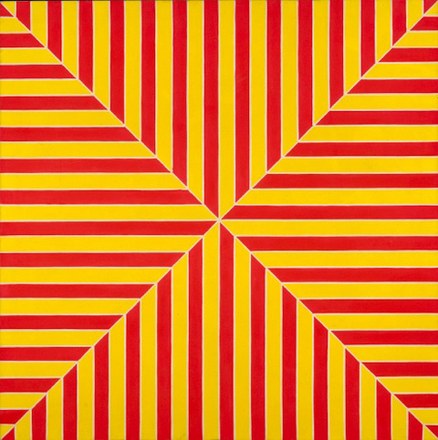 Stella is a notoriously prolific artist and these two powerful curators managed to winnow Stella's work down to a manageable and engaging 100 pieces that, because of their great scale, take up an entire floor of the museum. However, the curators accepted Stella's insistence that he help install the show in a manner that is not chronological, a decision that benefits the entire exhibition. There is an intelligent continuity from the earliest, most disciplined inquiries into the ways a painting could be reduced to its most elemental to his most recent sculptural creations. 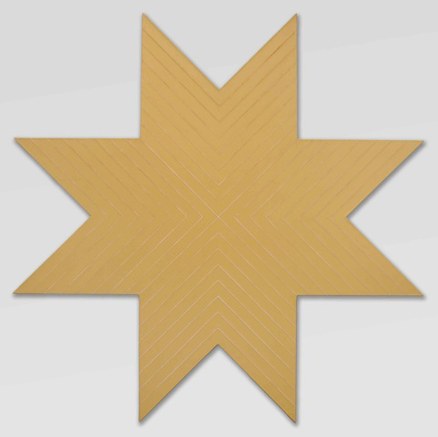 On the museum terrace, Stella has installed a pair of three-dimensional star-shaped constructions: a dark star, solid and black, and an open star framed of wood in a way that the small, angular points are joined together in the enter. Both are literally star turns by the artist whose very name translates to star Italian. But they also point backwards in time, to the ochre, eight-point star-shaped painting, Plant City 1961, clarifying that Stella has been constructing paintings for decades, that even his earliest works were built and that impulse to stride the invisible line between painting and sculpture has been progressive. (Other early and excellent Stella paintings are featured in the timely and highly refined Carl Andre in His Time exhibition at uptown Mnuchin Gallery through December 5.) 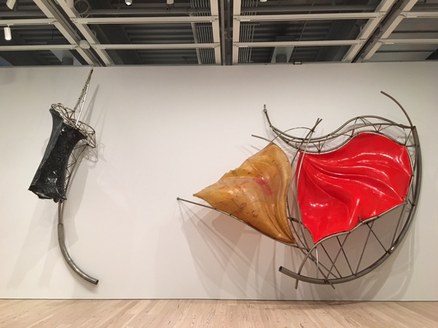 Though historically associated with proto-minimalism, Stella has come up with some excessive displays over the decades, giant aluminum arabesques slathered with bright paint, even with colored glitter. Like his day-glo colored polyhedrons, they challenged notions of good taste at the times they were made. In the context of this exhibition, those pieces look like inspiration for an entire generation of artists doing exactly that, pushing the boundaries of painting. Witness the fact that the unparalleled Laura Owens wrote an essay for the catalog.

There is bracing visual intelligence throughout this exhibition that should act as a gauntlet thrown down for all abstract artists. Take note, it says, imitation may be the sincerest form of flattery but it really is not enough. The show is on view through February 7, 2016.